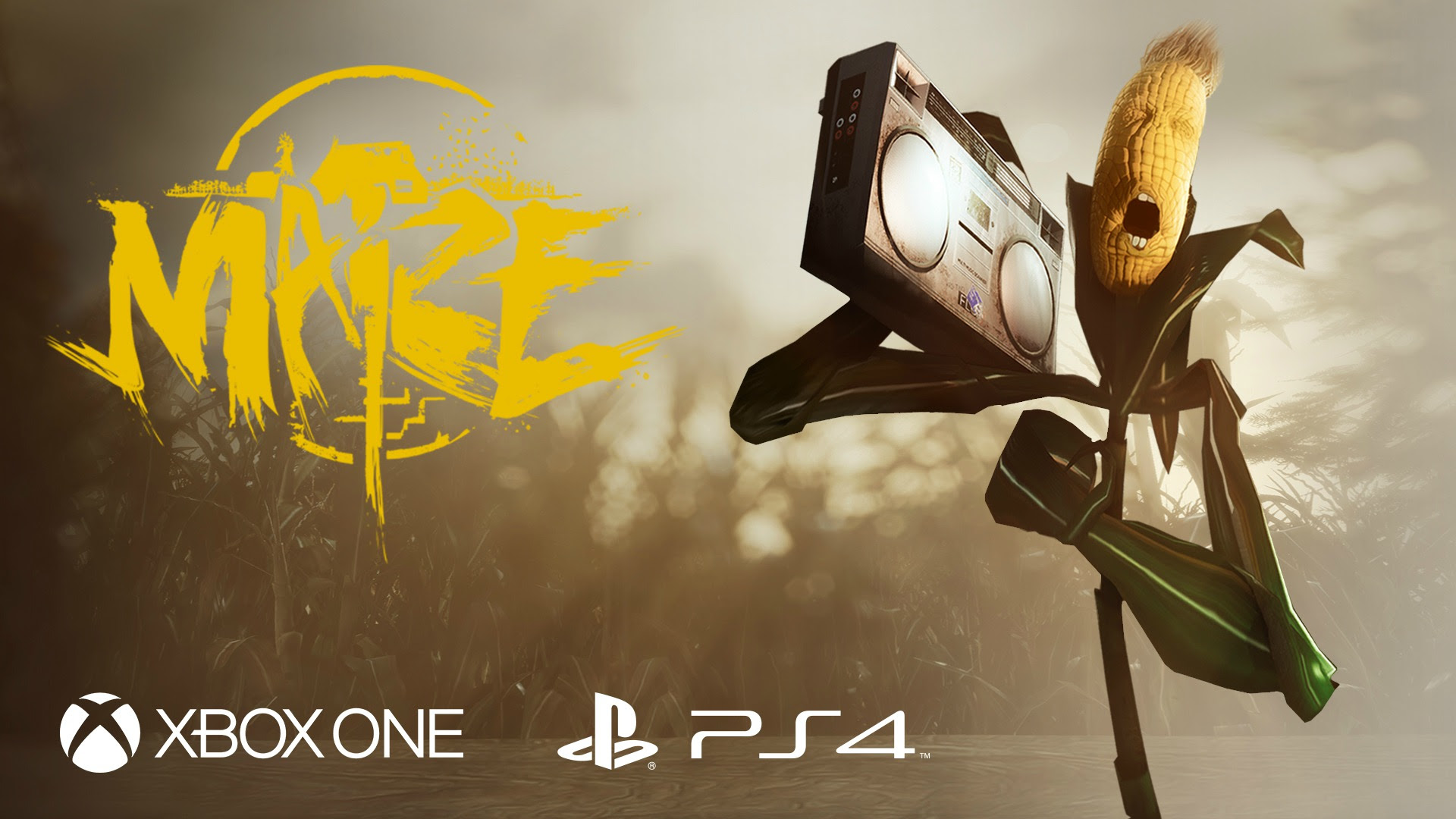 I must admit that I didn’t know about Maize until they announced a console release. After watching several trailers and a small look at the gameplay from other PC gamers, I must say that I was intrigued to get my hands on this corn-fielded-maze-themed game.

So is Maize worth your precious time or is it just something to pop in the microwave?

Maize do have some funny and well created facial animations on a few characters. But there is also some characters that should have gone through a second check before release.

If you are familiar with indie games on PC or some triple A games, you’ll notice almost immediately that Maize is created in the Unreal Engine. Most of the artstyle, environment among others beside a few characters are decent enough but also kind of basic as well.

“But shouldn’t it be amazing if you master the basic?” – Yes it should, some objects were superb made, like the cornfield and the corn-characters. But overall the graphics is a generic look that doesn’t inspire much.

When you launch the game for the first time, you’ll get nothing like a short introduction such as a cutscene, text bubbles or even something to indicate what the hell you are suppose to do. I got a glimpse of a few of the corn characters running away from me in the cornfield though. As I progressed more into the game I learned more about the story. Mainly our main goal is to find a way to set free the corn and save their queen.

Sadly the story gives you more questions than answers, there was some descriptions in different folio’s but that was not enough to cover the narrative.

Okay so we have talked a little about the graphics and story, and for now does Maize deliver an “Okay” experience. So what about one of the most important topic when we want to play a new game, is the gameplay any good?

Maize attempts to deliver a first person puzzle solving adventure game. The controls might be better optimized for PC, as the controls on console felt a little clumsy sometimes. It did take some time to learn the button layout and the ability to jump was missed.

As you progress throughout the game you’ll encounter different objects, puzzles and more on your journey. It might just be me, but I found the puzzles easy to figure out, and collectibles easy to find. The challenge wasn’t quite there, I found myself in a few situations that I got bored running around trying to find different collectibles. That good feeling you normally get when you have figured out a puzzle or finally had found something rare isn’t there.

Overall Maize isn’t a bad game, but it might give you a generic, repetitive gameplay and maybe a few laughs at the beginning. But the jokes, the voice acting and story could have been a lot better and it doesn’t “catch my drift”.