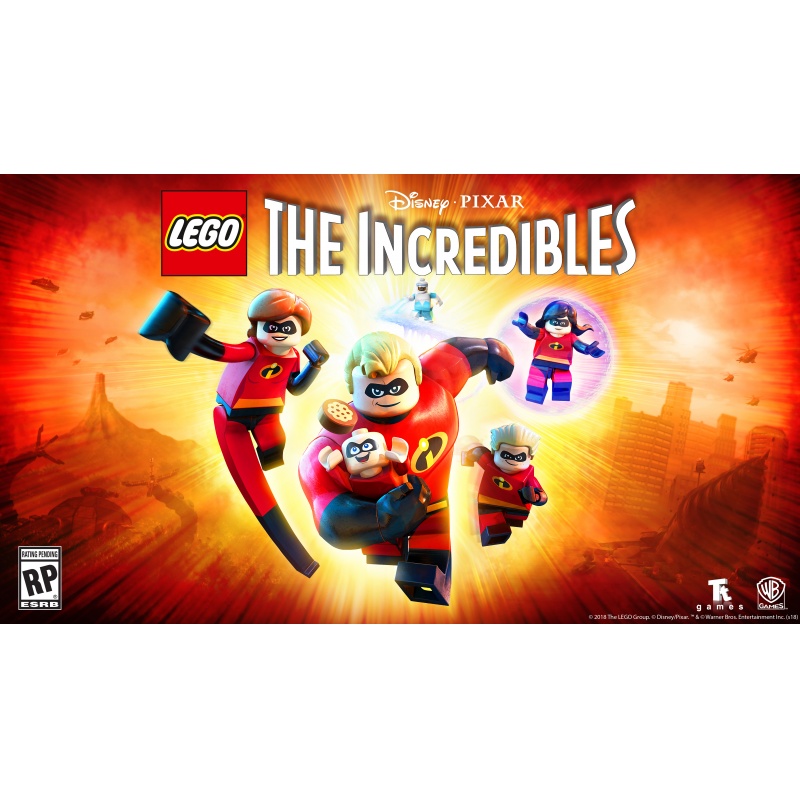 There are several Lego games based on movies and now it’s The Incredibles’ turn. We have waited 14 years for the sequel to the first movie to come out and now we get a game as well!

The game follows the plot of the two Incredibles movies starting with the second movie and then unlocking the first. The story revolves around the Parr family, their friends, and their adventures as superheroes or “supers” as they call themselves. To me it would have made sense to start with the first movie first to refresh the gamers memory of the plot and then follow the second movie. In the game you work your way through the movies’ plots while solving puzzles and, of course, building items with lego bricks you have to find. The only issue I have with the story is that the second Incredibles movie has not been released yet (in Norway at least) so I am worried about spoilers there! Then again, you could just wait to play the game until after the movie is released. Disney/Pixar movies never disappoints with good plots so naturally neither does this game
9/10

The graphics are as good as one can expect from a Lego game, simple and clever, and as usual I love the way they animate everything to look like lego bricks! The textures were very good and the frame rate was high so the game ran smoothly. Music in the game is also the same as the music in the first movie so it really makes you feel like you are in The Incredibles. The camera was also really good, as far as I noticed there were no awkward angles and it follows the characters nicely.
10/10

As mentioned in the story section the game consists of moving through the Incredible movies’ plots while solving puzzles and building legos. There is also an open world aspect as you can explore the city and fight crime and help citizens you come across. You can swap between characters with different skills to solve different encountered problems. Throughout the story the characters you play differ and it is incredibly (get it?) entertaining to play with so many superpowers. The game also has numerous hilarious puns coming from the characters and several little funny bits going on in the background of the movie segments. The way new characters are revealed to you when you unlock them are brilliant as well. As with other Lego games, when you finish a level there is a summary screen, the one in this game is ingenious I think. It is seen as a newspaper in the style of the one seen in the first Incredibles movie. I will not focus too much on this as it is technically a kids game (I’m a child at heart so I still play it), but the boss fights are very easy and predictable.
9/10

The controls are fairly straight forward and you do get a tutorial at the beginning as with most games. Most of the time it is smooth sailing, but controlling vehicles can be a tad frustrating. Driving cars etc. was very awkward and the steering was difficult making these parts of the game less fun to play.
7/10

Whether you smash through the story mode and then side-quest, or explore right away you can spend hours and hours playing this game! There are hidden bonuses, characters to unlock and mini games hidden throughout the game. This gives the game great replay value.
10/10

Lego The Incredibles is one of the best Lego games I have played. The story is brilliant and the lego feel is entertaining. It’s like being in the beloved movie (soon to be movies I suspect) and I expect I will play it again after seeing the second movie!