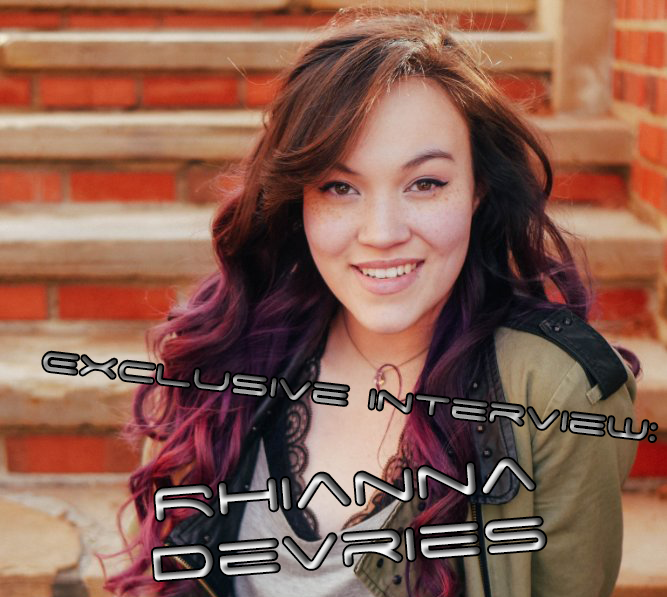 Somehow, I got the opportunity to chat with Rhianna DeVries, who voices Chloe Price in Life is Strange: Before the Storm. I will admit I was rather starstruck when I got to speak with them, but an opportunity like this I couldn’t let past me.

Rhianna DeVries is an American actress, mostly known for their role as Chloe Price in Life is Strange: Before the Storm. They played both Chloe’s voice, as well as the motion capture. They’ve played in the short movie True Beauty and have also played in several theatre performances. In addition Rhianna is a sworn protector of people’s right to love whomever they want and to be whomever they want. Which you probably know if you’ve ever seen Rhianna’s twitter. They’re also a lover of corgis.

Check out the entire interview in the video above!

First of all, I’m a theatre-kid born and raised. So that’s always been a part of my world. When it comes to voice acting I merely saw a notice that said “do you look like and/or sound like a teenage girl?”So it’s basically just a strike of luck that I got the role as Chloe.

I’m actually going to study in London for a semester this fall, so I don’t any projects the next few months. However, I’m working with this thing called the Athena Project where women play-writers can get to hear their scripts read out loud, so there’s been a lot of readings lately.

There are so many parts of Chloe that sing to me. But I think the biggest touchpoint I got with her, from when we got a in-work script, was the grit and anger in her lines, and that was before I even knew it was Chloe!

What’s interesting about motion capture is you must have lots and lots of imagination. For example the train from the game was just a table, since the cameras need to identify all the points. And many of the things you see in-game doesn’t exist when we played out the scene. In one stance I had to slam an imaginary door, and in another I had to pick up an imaginary bat. So it’s a lot more creatively tiring than you’d think!

– Personally I am extremely excited that you seem to find LGBTQIA++ (Lesbian, Gay, Bi, Trans, Queer, Intersexual and Asexual)-rights important to you. For example you tweeted “Happy International Women’s Day to ALL my sisters -regardless of whether or not you were born with lady bits- and to all my nonbinary beings ❤❤❤ stay wicked and wonderful.” Why is that so important to you? Did you find it important that Life is Strange: Before the Storm is LGBT-friendly?

Happy International Women's Day to ALL my sisters -regardless of whether or not you were born with lady bits- and to all my nonbinary beings ❤❤❤ stay wicked and wonderful.#HappyInternationalWomensDay

If LGBTQIA++ rights are important to me? YES! As a queer person they’re essential to me! I wrote that tweet because I felt something was missing you know. For me it’s important that the tweet included anyone, regardless of whether they were born as a woman.

I could say like Hitler to be like “WTF were you thinking”, but since I want it to be a nice dinner for everyone, I’ll go for Steven Hawking, Tig Notaro and Ali Wong.

Haha, I can eat 30 cream-puffs in one sitting. Plainly out of spite. And once I gave myself a black eye, punching myself in the face!

Know your worth. You are an artist, a collaborator, not just a vessel for someone else to show their artistic vision. Don’t feel like anyone can tell you what to do without you questioning why.

Once again, I’d love to thank Rhianna for the having the time for an interview with us! They deserve all the best, and I can’t wait to follow them on their journey in new and exciting adventures!