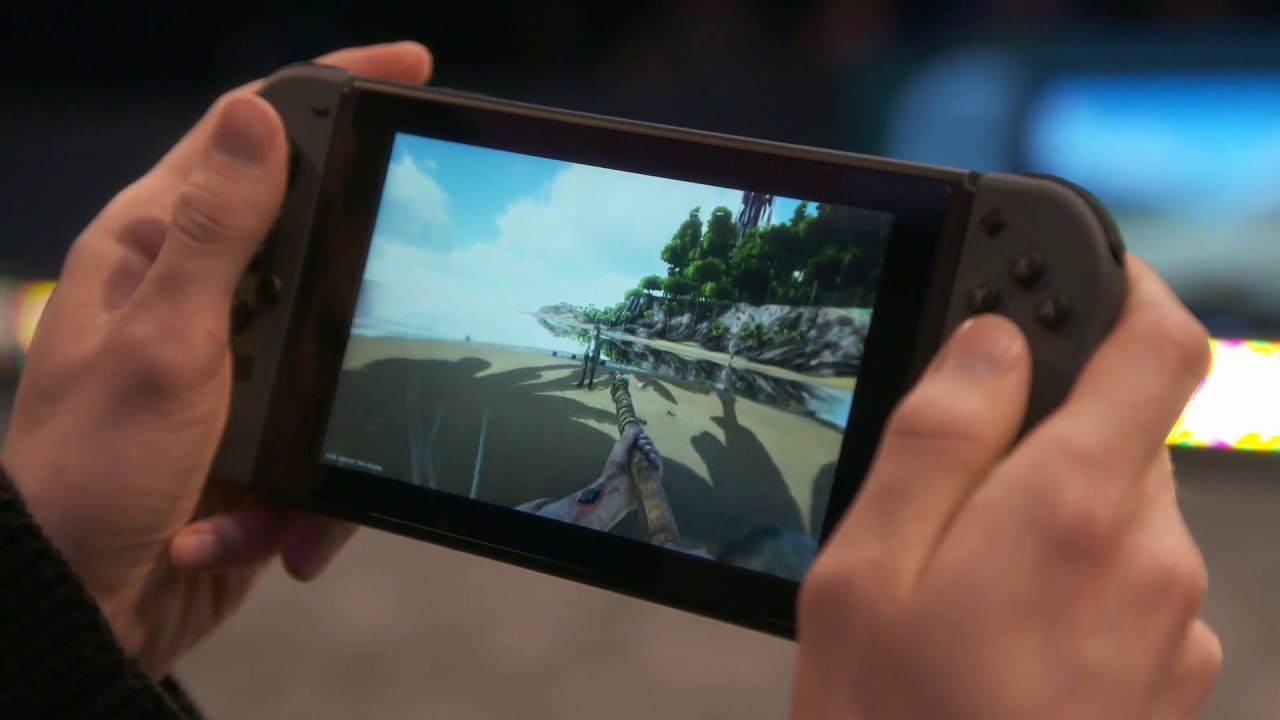 Ark: Survival Evolved was initially released in August 2017, and since the release it got the updates and patches it deserved to be a quite enjoyable game, especially if you are playing with your friends. I was more than a little skeptical when I heard about the Nintendo Switch version, and now I have tried it.

I have a LOT of hours logged on Ark, both on PC and PS4 and I have seen how the game has evolved from being rather basic compared to its competitors, to evolving into one of the best survival games out there.

When the game starts, you wake up on the beach on a strange island and your goal is to survive. That is more or less the core of the game. As you explore you will get some explanations and details about the place, but there is no true story in the game. You gather resources, build your own camps around and basically explore and try not to die. I can guarantee that dying is not avoidable in this game, it is a certainty. Especially in the first hours of playing, everything is lethal and everything wants you dead.

If comparing it would do any good, think of Minecraft but with dinosaurs and a lot harder.

This is going to be a short chapter. The good thing about Ark: Survival Evolved on Nintendo Switch is the fact that it is available on Nintendo Switch. This means that you can actually play it while on the go and if it is your only console, you can experience the game. Kind of.

Where to start? Let me tell you about the graphics first. I knew that the Switch would not be able to give me the graphical experience I enjoyed on PC, as even the versions on PS4 and Xbox have been a LOT worse than the PC version. I did not, however, expect it to be outright horrendous. It gives me flashbacks to Tomb Raider on PS1, and even with the graphics stripped down to essentially nothing, it still does not run smoothly.

Especially if you dare to play it in handheld mode, the constant loading of textures will annoy the living daylight out of you, and with a game that rely on objects around you it is rather nice to actually see further than you can reach with your hand. When in docked mode, you can at least read the text and the FPS drops are noticeably fewer, but it still runs like sandpaper.

The controls are just clunky and frustrating and poorly designed. There is no way to transfer things smoothly from your inventory to another container, and if you accidentally touch L then everything from that container is transferred to you and you have to start all over again.

Have this in mind when I tell you that the chat needs you to press L and then – or + to open that chat, you can see where the trouble starts. The controls on other consoles are not as smooth as on PC either, but come on…

Speaking of chat, when you are playing a game that is designed as a multiplayer game, and the only way you have to communicate is the quite slow text-chat on the Nintendo Switch console, you are in trouble. It works alright, but if you are playing with friends you will end up having a voice-chat instead.

Ark: Survival Evolved is not a bad game, it is actually very enjoyable if you like building, capturing dinosaurs and working for the things you have around you. The Nintendo Switch version on the other hand is on the verge of unplayable.
Play this game on any other console and you will be better of.