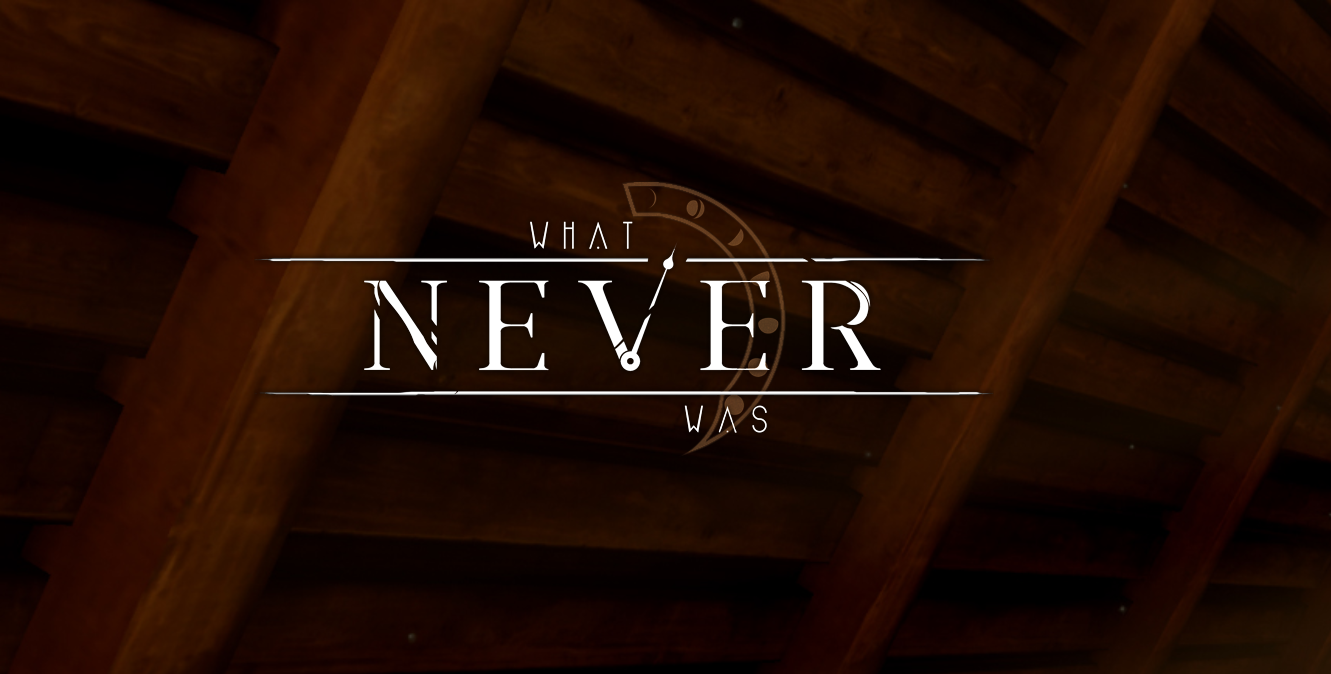 I must admit I had never heard of the game What Never Was until it showed up in my Twitter-feed (thanks to @LISFansDotCom) – but if someone who enjoys Life is Strange as much as I do says it’s a good game, then you better believe I was convinced to give it a try!

“Sometime in the late 2000s, Howard James Wright, an old but kind man, passes away. Left behind are all the relics of a long and interesting life. Books, pictures and journals, memories – the dust and debris of an adventurous youth – and Sarah, his granddaughter.” – Acke Hallgren

There’s actually a lot to like about What Never Was, the game looks very good, it has an interesting (albeit short) story, and during my playthrough, I didn’t find one single bug(!) – quite the feat indeed.

Let’s talk some more about the graphics first and foremost. The game is set in an attic in the English countryside, so obviously there aren’t that many items to interact with, and therefore not many items to design. What is there however looks good, and more importantly, it all has a feeling of belonging together, there’s not a thing that looks out of place, and I definitely believe that this could be a grandpa’s old attic.

Then there’s the story. As I mentioned it is very short, it took me 30 minutes, if even that, to play through the entire game. Yet it is surprisingly easy to get drawn in to. As is the norm with games like this, I can’t tell you about what happens, because of spoiler. What I can say however was that it involves magic, puzzle solving and quite a high “oh wow” factor.

If you’re a regular reader of Ulvespill you have probably discovered I very rarely let a game go free from any issue it might have. And of course, What Never Was is no exception.

First of all, I have to mention the controls. Sarah (our protagonist) has very slow reaction times. She barely moved the first couple of centimeters I moved my mouse, and that definitely took some time getting used to. Nor could I find anywhere to adjust the settings for sensitivity (other than in Windows). I must also say the space for the cursor to interact with things are too small, at least for my liking. Although none of these are a game breaker or anything it still was to some annoyance.

All in all, I am pleasantly surprised by What Never Was. The game is short, yes. However, it drags you in almost immediately and doesn’t let go until the very end. The fact that this game is pretty much made by one guy doesn’t make it less impressive. And did I mention it is free on Steam?! The controls could be better, but otherwise, I wouldn’t really change anything! If the developer releases a game that dives further into the story I can 100% certain say; I will buy it at once!