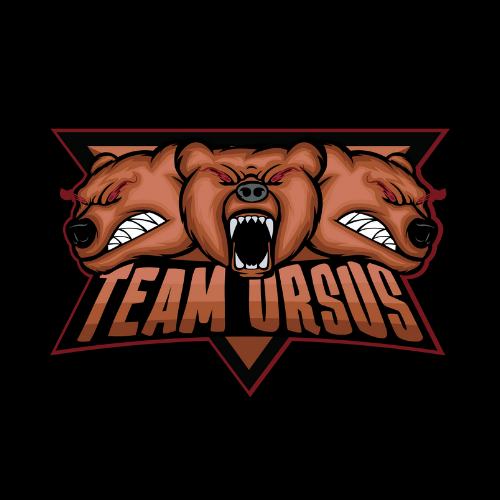 We managed to find ourselves lost in a little town called Hokksund in Norway, to meet the newly started esports Team Ursus. As I managed to get 20 minutes early, I was freezing my ass off outside Sanden Hotell waiting. Luckily my companion Atle, who were here to assist me during the interview with Bjørnar Teigen and Lasse Bjørnar Andersen, came shortly after.

Soon afterward, luckily Bjørnar arrived, as I thought I began to have a little too good space in my pants (yes it was that cold, I promise), so we went inside and started the interview after ordering a sizzling hot and expensive coffee.

Short summary, Bjørnar Teigen was the manager of Air E-Sport, but has now entered a collaboration with Lasse Bjørnar Andersen who runs and owns Brettspillshop.no, to make this new esports team we’ll try to become a little better acquainted with in this extremely professional interview.

We started with the most obvious question. Why the sudden name change from Air E-Sport to Team Ursus now, after they had managed mark themselves within the community?

Most of the reason for that was because of the new owner. With an independent business in the picture, many more opportunities have opened themselves, like the fact that both players and coaches can get a salary. Bjørnar also added that by starting over with the new name it gave them the possibility to get better sponsors as well as getting things done differently, and perhaps better. There was no doubt in who had what part in this new collaboration. Bjørnar will be in charge of the esports teams while Lasse with his business, will take care of the economic aspect, and together that’s going to be the new and improved Team Ursus.

“An esport club and a business that becomes one” – Bjørnar Teigen

Of course, we had to ask Lasse about how he had managed to stumble upon the esport environment.

“It started as with so many other ideas, that you take a trip to the pubs” – Lasse Bjørnar Andersen

Lasse joins Team Ursus as an owner, as he has seen potential in this environment from the business perspective. And, of course, would like to be part of the fun that continues to grow here in Norway. On a daily basis, Lasse runs Brettspillshop.no (as well as a couple other projects), where he sells board games, digital games and more. These are delivered from a local company in Mjøndalen, Norway which is the same codes you get on both GoG and Steam.

The future for Team Ursus looks bright now, with Lasse’s involvement in the business part of the team while Bjørnar can focus on being a full-time manager for the teams. The future also looks promising for esport in general in Norway, as it’s getting more focus as a sport in itself.

Previously, Air E-Sport had its own streamers to stream their matches during various tournaments, such as Wr3kED, Foxybaben, and LlamaRae. So when we asked if Team Ursus would have its own streamers, Bjørnar replied that they would continue with the streamers they had under Air, except Foxybaben which they “gave away” to DBK esport. (DBK – Drammen Ballklubb) The downside is that the others are busy playing Fortnite for Team Ursus. So they are a bit into the thinking box of creating their own Twitch/YouTube channel to stream the top matches in the future.

As of this interview, Team Ursus have announced two teams, where one of them, Rocket League, have made their mark after Twilek and Inferno became Norwegian champions in Hoops in December.

In addition to these, two teams are currently planned in League of Legends. One in the first division and one women’s team in the 3rd Division. Counter-Strike Global Offensive gets two teams to care about in the future, and they will also attend Hearthstone competitions. On the other hand, they won’t fully invest in Fortnite at the moment, as they are currently betting on amateur players here.

And to keep with tradition, we can’t have 100% objective interviews, so of course, we had to ask the both of them a couple more personal questions where they had to do a bit of actual thinking.

If you could invite three persons for dinner, if they’re alive, dead or fictional, who would you send invites to, and what would you make for them?

What would you say was a “Fun Fact” about yourself?

Bjørnar had to drag on this for a while. First he thought his fun fact was the fact that he looked at himself somewhat of an asshole, but in the end, he ended up stating that he is the master of “Dad jokes” (according to his children)

Lasse is a fan of Kalle Klovn. He also got a bunch of other fun facts (and guilty pleasures), not mentioned in this interview, that you could find out by listening to his podcast “Kanakast”. (Norwegian Podcast)

What would you say is your guilty pleasure on a day off, relaxing?

Bjørnar didn’t need more than five seconds on this answer, because he’s already used the five-second rule five times before with the missus, and because of this he needs all the sleep he can get between all the noise and work with five kids.

Theme Hospital, Lasse yelled out from deep within. Playing management games like Theme Hospital and Football Manager was a little guilty pleasure for him in daily life. (Because that’s so far from what he does for a living – you know, business)

You can follow the team on these social media platforms and other partners: