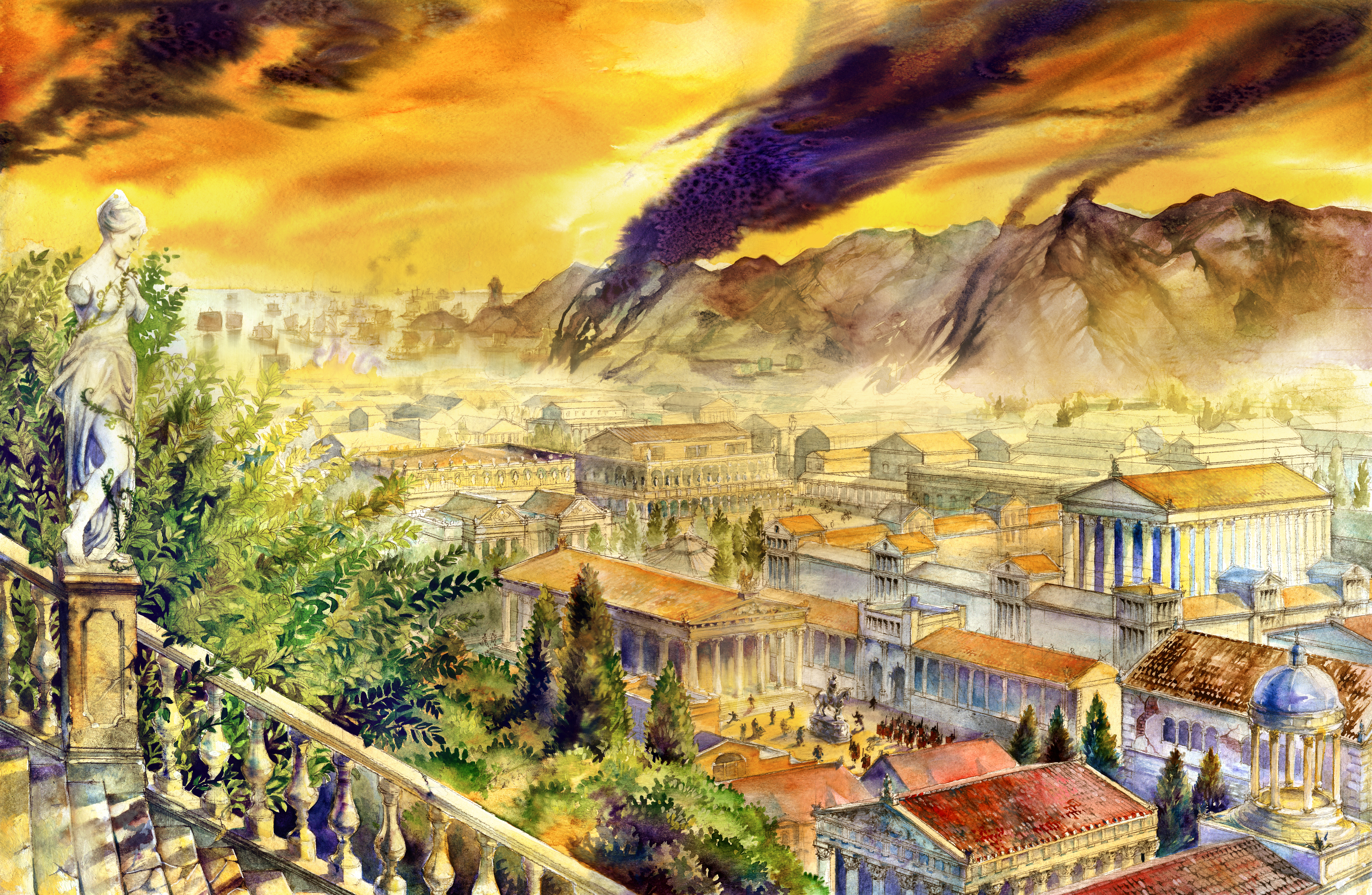 When I first heard of Jon Shafer’s At the Gates I figured it could be fun, seeing as I love the Civilization series and this game is made by Jon Shafer, one of the designers from Civilization 5. Because of that, I figured I’d take on the task of this review, mostly without regret.

Story
The story is simple enough. You start out as the Goths, one of many tribes in the game, and you start out with an explorer and a town, as well as three clans that are following you. The point of the game is to prosper and become one big kingdom, the ruler of the lands. There’s also more tribes in the menu, but you can’t play any of them yet. Those I’ve managed to unlock, like the Saxons (which started with a boat instead of normal explorer when I tried them) got unlocked as I destroyed them on the battlefield. Story Wise it’s like most other turn-based strategy game where you go through the ages. Live, grow, prosper, conquer. Other than that, there isn’t much to say about the story, but for a game in this genre, do you need more? I certainly need no more than the option to destroy everything in my sight to play on in these types of games.
8/10

The Graphics, well, they are there. This game isn’t the best with the newest graphics and lifelike figures on the map. It gives off a feeling that you’re playing this game as a board game, as it looks a bit like paper on a cardboard floor. That being said, I personally, don’t need better graphics than this. It gives you a nostalgic feel, while still being a new game, and it runs smoothly with the whole theme. It helps a lot when the artwork is 100% on point. The different seasons are represented as well, with bountiful springs, easily noticed when everything around you (in grasslands) turn bright green, while fall and winter means the same area go orangy fall colours and then white as the snow comes in if it shows up at all during that winter.

The music and overall soundtrack of the game, again perfect with the artwork of the game, give off a somewhat depressive feel. It’s been a long time since I’ve actually just sat in the menu, listening to the menu music, so there’s that. Notifications in-game will give off different sounds, all medieval themed in my opinion, while the music keeps playing its violin and drums somehow giving you the feeling that no matter what you do, you’re not going to get anywhere, but then, you do. When the music stops, or take a break if you’d like, you get the sounds of nature around you. As I’m typing this (yes, I’m actually playing right now as well), I’m actually listening to crickets in the grass, an owl in the distance, and other birds I can’t name by sound, as I’m not an Ornithologist. All in all, the sound, and the graphical artwork help set the mood as you fight and develop on your way to glory.
8/10

As mentioned earlier, you start out with your tribe, which on the first turn, consist of your town and an explorer as well as three other clan members that have decided to join you. On this turn, your town is still “unpacked” and you can choose where you want to settle. Once that is done, it’s time to get to work. The clans are what keeps you prosper, as they work in the same way as “population” in other games like this, but it’s a bit more confusing at first. You use the clan members (one clan member presented per clan) for everything, as you need to train them in different traits:

All the traits are vital at different points in the game, and this is where I started getting a headache. One clan member can only have one trait and one profession at the time. Which means you need to be strategic. When do you need what material and how much do you need? The only constant need is, of course, food. If you run out of this, you could say you entered the dark age. You won’t get more clan members before you get a surplus of food again, and you can’t research any new profession.

That being said, you DO get more and more clan members, and you can start doing several things at once. Most of the game unfolds with just controlling your clan members. They all have unique personalities, some better than others. Some might hate water (fishing might not be their cup of tea), while others might be prone to start fights with other clans, do a crime and other things. You also have those with a personality that would never make a complaint or start a feud. So, with this, you also need to be careful of who you put on the same tile on the map (your town counts as one tile), as that’s when the feud can start. Once there’s a feud, you as the chieftain need to go in and settle it, and the losing side will be stripped of its trait and profession, as well as turn unhappy. All in all, the gameplay is hard. At least for me. But, that’s also what makes it worth playing. Sometimes though, all of this micromanaging will feel a bit messy and there have been a few times where I’ve finally gotten two clan members up to a nice profession where I can finally start on some higher tiered warriors, but then the same two have gotten into a feud against each other, and I’ve had to start building it up again. Other than the headaches and frustration, it’s been and will continue to be, a fun experience.
7/10

the way of the warrior

the way of the diplomat

Well, what is there really to say about the controls of this game? It’s a regular strategy game. You select units and buildings with the left mouse button, while you command units to move to a new position by pressing the right mouse button on the location you want them. You can move around on the map by putting the cursor to the edges of your screen, or use WASD. When you want a unit to perform an action, by selecting that unit you get a list of all the actions it can do, down in the left corner of the screen. Those actions that can’t be done because there is no option for it on the tile you’re on, will not show, whereas the actions you can’t afford to perform this turn, will be greyed out. Pretty straight forward controls in this game.
10/10

If you’re like me, there’s some good replay value here, as so far, the only way I’ve seen to unlock new tribes, is by taking them down in a previous game. If you want to unlock them all and play them all, that takes for a few playthroughs. And of course, who wouldn’t want the satisfaction of crushing your enemies over and over? That being said tho. I haven’t seen any difficulty options, so if what you want is to beat the game on hard difficulty, well, that’s basically the only way you will be able to play the game, and by one playthrough, you’ll be done.
6/10

Jon Shafer’s At the Gates is a solid game in the genre, and for any fans of the genre who wants a little challenge, this might be the game for you. The artwork is great, the sound and feel of the game can make you lose track of time, and you’ll still get to test that brain of yours. If, however, you’ve never played a turn based strategy game like this before, there might be some other games you should try out first. But if you figure out you like the genre, you should really come back for this game and have some fun, as it’s worth the hours it steals.