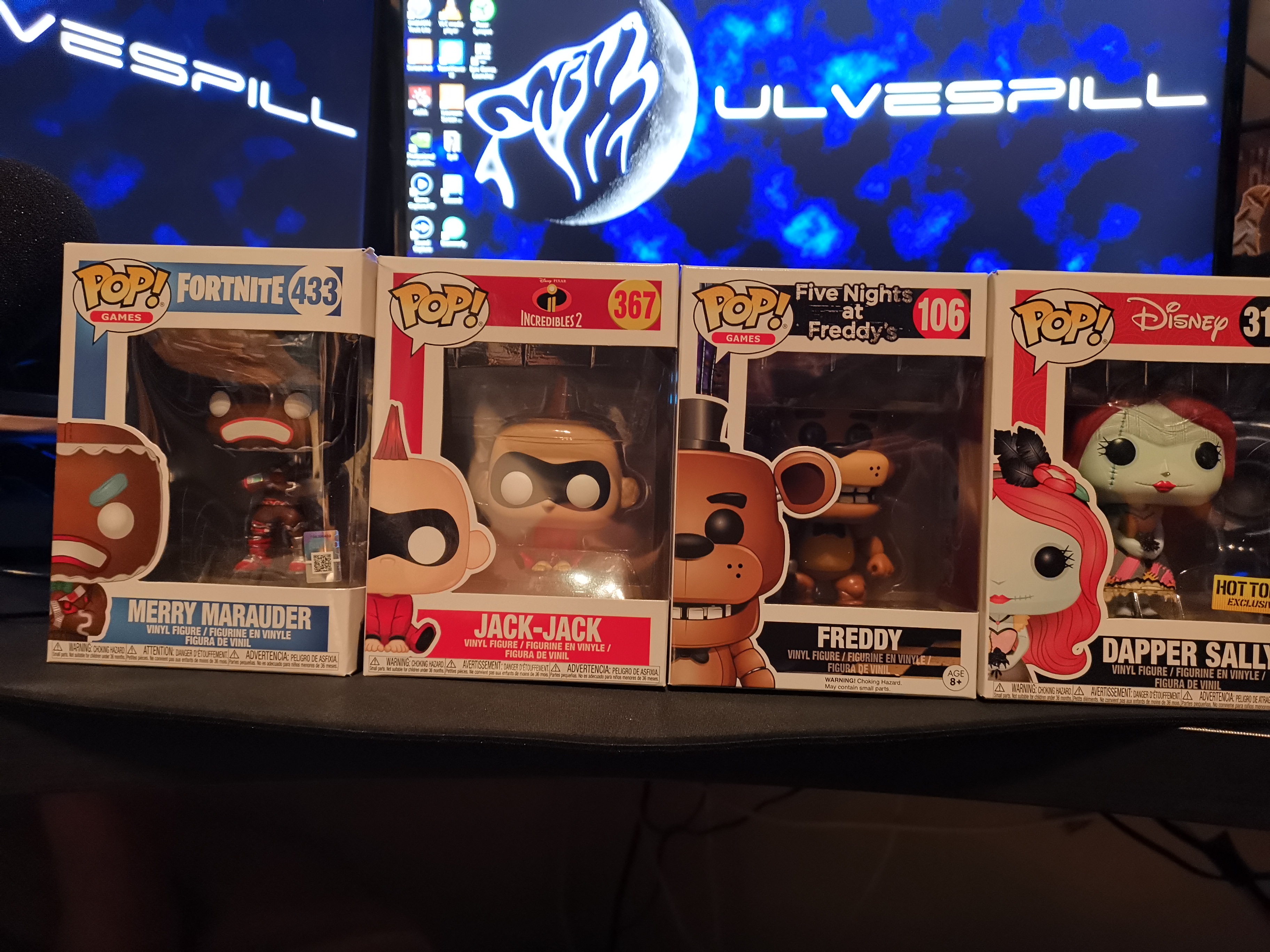 Our very own PR Nordic company recently announced that they will be handling publicity of the very popular Funko Pop series. And when they asked us if we would love to see one of the new figurines they just got in, we couldn’t exactly say no?

I didn’t know what type of figurines they would send my way or how many. All I did knew was that they had figurines from a wide range of licenses such as;

One beautiful “hungover” morning, a blurry DHL driver delivered a HUGE package that weighed a ton! I promise! (I might not be totally sober yet). I signed the delivery documents and carefully located a sharp object to open the box, and the very first thing that popped right up in my face, as I thought was a cuddly teddy bear, was something else that really wanted to kill me, shit that thing scared the hell out of me.  * a few hours later* As our very own Freddy really woke me up, I managed to open the rest of the box and found three more awesome Pop figurines.

Let’s start off with the “cuddly” teddy bear Freddy.
This character is known from the survival horror series Five Nights at Freddy’s created by Scott Cawthon for PC, iOS and Android. From the first release back in 2014 to the last game entry in 2018, there have been eight titles, were two of them are spin-offs.  The pop figurine itself is a simple design, but effective. Colors don’t fade out, and I believe this figurine will still haunt me for the years to come here at the Ulvespill office.

Jack-Jack is the new character introduced in Pixar’s Incredibles 2 wich came to theaters in June 2018. Many of us at Ulvespill had waited for many years for the sequel, I included. And our very own Jack-Jack is a funny and interesting character, with the struggle of learning his powers I hope he doesn’t wreck our office. You can also read our review of LEGO The Incredibles here.

Dapper Sally (The Nightmare Before Christmas)

I have to admit that The Nightmare Before Christmas is one of few Disney movies I’ve haven’t seen yet. This stop-motion animated musical from Tim Burton came out back in 1993. Luckily for us, this is (besides Jack-Jack) one of the cutest figurines we got, and we aren’t afraid of this figurine taking over our office just yet. (Or should we?)

Ah Fortnite, the game no one knows about right?
Merry Marauder, as this angry pop figurine that I’m certain is the leader of this Ulvespill office invasion is a skin from Fortnite known as “Sing a slaying song tonight”.  Originally, this skin was released back in 2017 around Christmas time but arrived yet again in the shop in February 2018.
You also have a female version of this skin, called ‘Ginger Gunner’. I would believe every Fortnite gamer would love this pop figurine on their shelf, just don’t eat it. (It didn’t taste “that” good)

We thank PR Nordic for sending us these awesome figurines, and maybe if we’re lucky we even might get the opportunity to give some away to you guys in form of competition on our site or on events such as The Link this year? (Who knows)