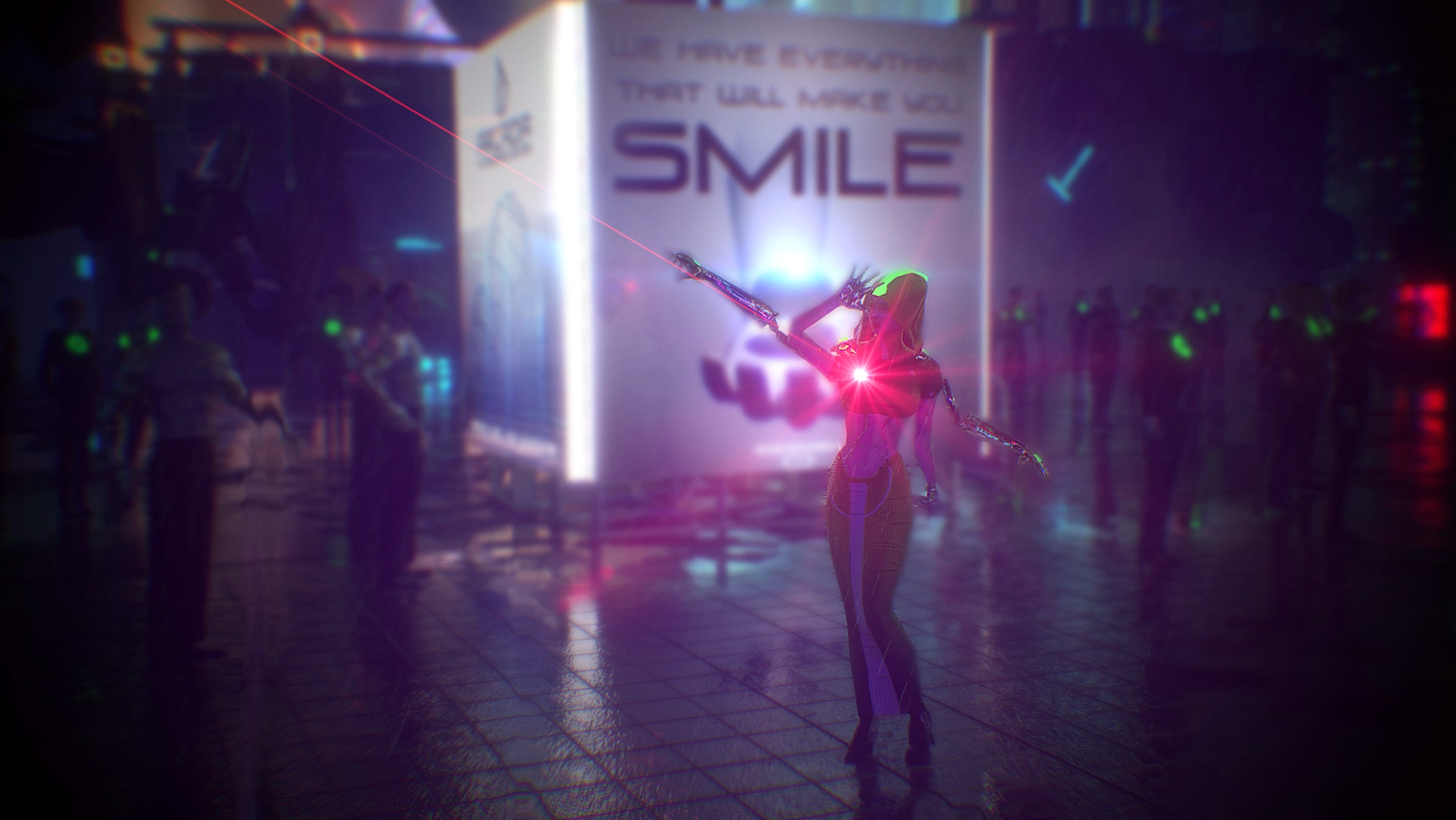 It took me a few seconds before I understood the meaning of the name «Re-Legion», but the title is very appropriate. This is a game where you have to reproduce legions of soldiers while having a powerful influence on religion. The RTS genre is often a hard nut to crack, but the setting and presentation of the game puts great expectations to the gameplay.

The game is really dependent on the story, as there’s only a campaign mode. Ice Code Games did a phenomenal job of introducing the game into its first cutscene. You get a monologue from the game’s main character, Elion, who gives us a kind of retrospective on events that have happened through the game. It becomes clear to the player very quickly that this will be a story that will reflect Elion’s decisions and how it is to be human in a revolution. You are instantly dragged in and informed of what kind of world you have committed to.

Then the story goes over to in medias res where you are a businessman who helps a drunken man on the street; And a few minutes later, you have become a religious prophet to overthrow the group in the corrupt community. It seems as if I have skipped a lot here, I can assure you that I have not.

The pace is a big problem as the game emphasizes having a story that addresses heavy issues such as human freedom, corruption and, not least, religion. Elion, a human being in transformation, is being undermined by the game’s tremendously high tempo and weak reflections. In one moment he has hope and friends, and in the other, he has power and enemies. When the game does not give you anything but a campaign mode, the story must be in place and not rushed through as it gets here.

One last thing to mention here is the voice acting. Elion’s voice is calm and comfortable to listen to, but mostly “God and every man” has a horrible voice actor. With the thought of how strongly this game presents itself as a narrative, it is very unrelenting that the actor performance falls flat.
4/10

Here I have to specify that there is a difference between graphics and art direction.
The game does a very good job with art direction in the form of a heavy and gloomy setting. The cities have good details and a very cyber-point feel. The soldiers are also well designed and have a lot of life with their idle animations.

The graphics, however, are sad. The game doesn’t even look good in “moonlight” (Norwegian saying) and runs like rusty tanks on a GTX 2080 and Ryzen 1700X. You hardly ever reach 60fps even in 1080p, and as soon as you have a little squadron of soldiers available you’re constantly laying between 30-40 fps – with further FPS drops in larger matches. I tried to reduce the graphics settings but to no particular benefit. RTS is a demanding genre for many PCs, so it was a smart decision by the developer to not demand too much of the PC to reach a wider audience, but the game looks outdated on its launch day.
4/10

Despite being a campaign-oriented game, the gameplay is the most attractive aspect of the title. It almost seems that the developer has taken the concept “What if we make a game based on Priest from Empire Earth” and realized it. In Re-Legion you are a prophet convincing other people to follow you and your cause. People and their beliefs are your resources in this game which makes this game quite refreshing. You will then have to think very tactically about how to dispose of your soldiers since they are your livelihood.

The game, on the other hand, is very short, and the developer’s solution to this problem is to make sure that no one and nothing lasts long in battle. It quickly ends up with you having to retreat and wait for a new supply of believers – which can be very time-consuming. This repeats itself time after time and feels very forced.

The game does not have much depth nor pure game mechanics. You have different soldiers who have different characteristics, but there is little you can upgrade other than to get some kind of special attack. Your Prophet can do things like blowing up robots to convert deadly enemies, but first and foremost, he is the one who gives some extra gameplay. However, this makes it very easy to familiarize yourself with Re-Legion; something that fits the length of the game as there are only nine missions in total.

However, what matters most is bugs. It’s tons of them! Everything from invisible walls, to frozen troop units, to crashing at key locations such as saws and loads. Saving and loading is something that you also have to do a lot as it will take incredibly small things until everything goes wrong; which results in all progression and grinding having to do completely again. If the title had been more polished, the gameplay would be able to carry much of the game.
6/10

RTS belongs to the PC simply because of mouse & keyboard. The game has a very traditional layout when it comes to mouse use. You left-click on the device you want to use and right-click on the destination you want the person to go to. The keyboard is used extensively on the Prophet, where all his skills are related to specific keys, so one does not have to remove the eyes of the battle to perform a special skill. On the other hand, the AI for the soldiers is a bit twisting, and with the thought of the invisible walls mentioned above, keeping the army under control can be both difficult and frustrating. Sometimes the camera angle must be just right for choosing soldiers standing up against a wall.
8/10

One would think that an RTS will have a lot of replay value, but this is not a sandbox RTS, but a relatively linear one. The game has only one campaign mode, which to a greater or lesser extent focuses on a story, but you are given important choices on some occasions that give different outcomes. Of course, you can play the same missions in different ways, but you have to take on the same goals on the relatively small maps, and you can’t actually adjust the difficulty. At the same time, each assignment will reset the progression you have accumulated so that the starting point is always the same at the start of a scenario. Yes, and when you only say campaign mode, it actually does not mean multiplayer mode.
5/10

Re-Legion has an exciting concept where you have to think very rationally and tactically about the use of your human resources. The game has an appropriate atmosphere and a good starting point in the story but quickly falls flat with poor pacing, terrible voice acting and lots of bugs. However, if you are looking for Steam achievements and collectible cards, the game is generous with this.