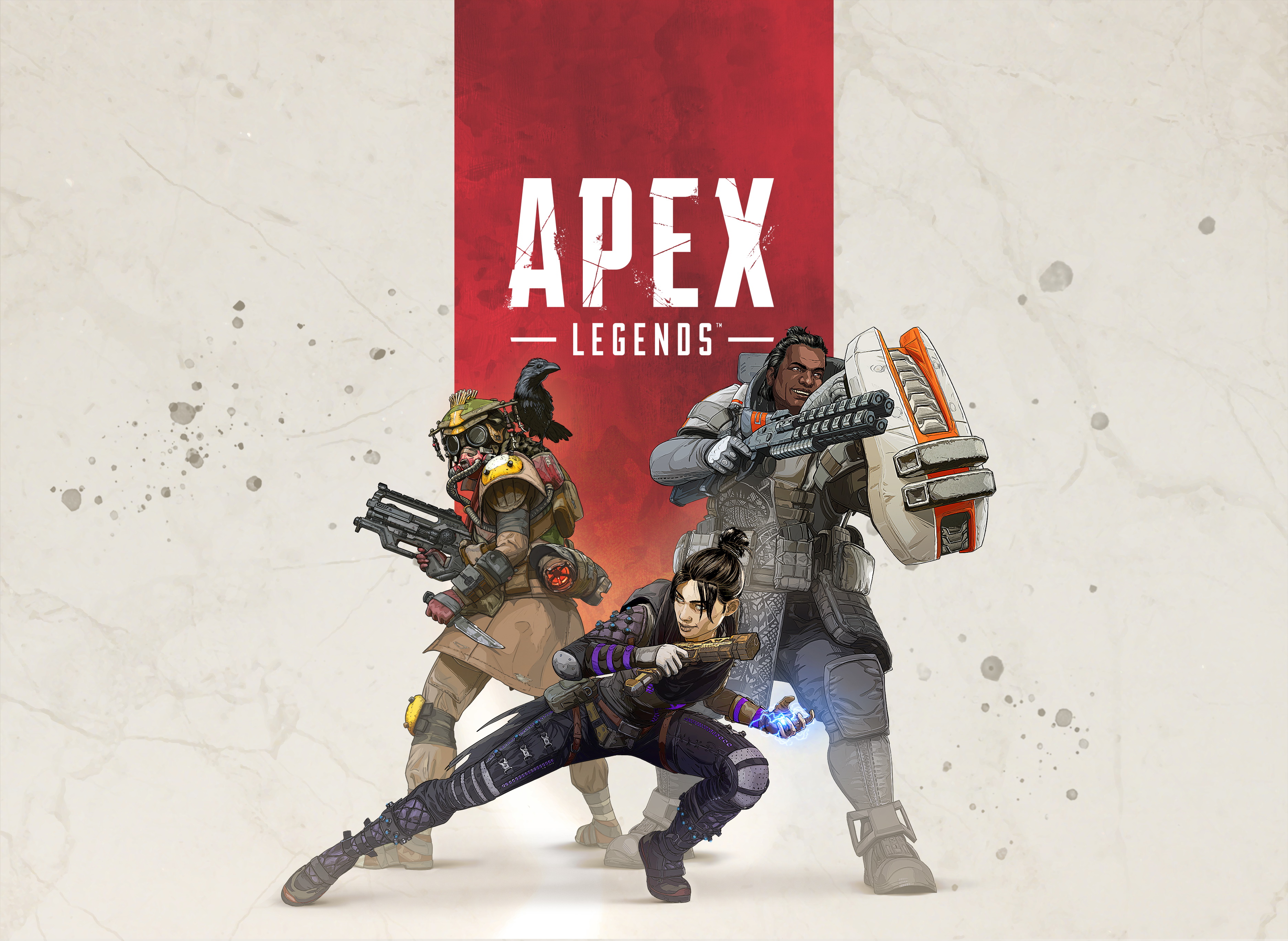 We’ve been playing the all-new Battle Royale game from the creators of Modern Warfare and Titanfall. Is it too late to release this title now? Is it a Fornite killer? Here is our review of Apex Legends.

Looking at Apex’s art direction and graphics we can surely say that Apex is one of the best looking Battle Royale games available to this date. We’ve played Fortnite, PlayerUnknown’s Battlegrounds, Ring of Elysium, Blackout and even more Battle Royale games. There are some similarities to Titanfall when it comes to your HUD and weapon designs, animations and more. The legends itself aka character design are decent, but not perfect. I can’t put my finger on it just yet, but is Wraith’s head a bit too big compared to the rest of the body? And it’s great that there is a lot of content when it comes to diverse weapon and character skins. But at least make them interesting and “epic” too look at. It’s a free-to-play game, and it has just released, but the risk of microtransactions to take over is huge, especially since the rewards aren’t that intriguing just yet. Overall, the graphics, lighting, character/weapons designs, environmental graphics are great. Some of the map design has some blurry textures, especially in dusty areas, other than that it’s a perfectly designed map which grants a diverse approach of gameplay types.
9/10

The basic gameplay of this game is pretty standard. As with most Battle Royale games, you spawn into the map through an air vehicle. In this case, it looks like a futuristic airship/spaceship of some sort. You then figure out where you want to land, and launch yourself off the ship (so basically it’s a dropship right?) before plunging towards your destination. Once landed, hopefully where you aimed for, you start pillaging the area for guns, medkits, and armor. From there on, it’s all about killing off every other person out there until you’re the only one left victorious.

So far, we’ve basically described the standard Battle Royale game, and in most aspects, it really is yet another of those, coming into the party a tad late. But, it did enter through the roof wearing sunglasses and blaring music through a big ass boombox (Yes, you’ve heard of them. The coolest kids at the party). It’s one damn good latecomer.

You start out in a squad, currently holding yourself and two other friends (or random people) and pick your character of choice. At the moment there are six characters, all with different abilities, like Bloodhound and his ability to track other players. Or maybe you like healing others and sending in some support crates? Well, then Lifeline is the character for you. There are two more characters there to unlock, either through Apex Coins, which you get from microtransactions (yes, I know… but at least the game was free?), or by leveling up, earning 600 legend tokens each time (you’ll unlock the first at level 23).

As soon as you and your squadmates have all picked characters, you’re ready to start the fight. And as stated above, you jump off the dropship when you feel close enough for your initial start point, glide over and find your preferred weapons along with armor, healing, grenades and other useful items. Weapon wise you got everything from pistols and revolvers, SMGs, shotguns, Assault rifles, LMGs and bolt action/auto snipers. You also need to find the ammo you need. Light ammo, Heavy ammo, Shotgun ammo, and Energy ammo is the different ones you can get, and it’s all easy to figure out, as weapons and ammo boxes have corresponding colors. If you’re using a light ammo weapon, it will show as orange, and so will the boxes lying about be colored.

Pick the weapons you can use and head out there. Just be aware of this. The difficulty is real. Depending on how good you are at FPS, you’ll do accordingly in this game as there’s no remorse for not being able to use your weapon and character to its fullest during the match, resulting in a quick and unforgiving death. If you do want to excel in this game, you might want to check out all the different characters, get a couple friends together and use the different skills together to get a tactical advance on your enemies. As well as the healer and tracker mentioned above, you got a tank tossing out a dome shield on the ground as well as tossing out a missile barrage on a location. You have another “healer” who isn’t really a healer at all, but more of a utility character, tossing out zip lines for yourself and your teammates and a grappling hook you can use to get forward faster (or drag an enemy toward your throbbing shotgun). You got a couple “DPS” classes with skills such as a smoke screen and another timed missile barrage, stealth and making portals. As you get the last couple characters unlocked, you gain another “tank” who really just love playing with his toxic gas canisters, and another “DPS” character tossing decoys in all directions to confuse everyone dumb enough to fall for the sudden sprint out into the open and away. If you do manage to find a tactic using some of these skill sets, you will most likely get the upper hand in most encounters in the game. There will however be others who might just be too good to beat.
10/10

So we’ve tested both the PlayStation 4 version and PC version ahead of this review. Let’s talk about the easiest one first, the Dualshock 4 controller for the PlayStation. Response time works great, sensitivity suits both gameplay on both a PC monitor and a 4K TV with HDR. Control schematics/bindings felt naturally placed and were easy to learn.

PC however, is no different here. The only issue we had, was to change our own preference as we were used to playing Ring of Elysium, and there we use the “F” key to pick up items and opening doors etc. In Apex Legends that keybinding by default is pinging/marking enemies. So you can easily say that we were confused if it was really an enemy there or not. So other than our own stupidity, the controls work perfectly.
10/10

Well, as this is a rinse and repeat battle royale game, is there really anything but replay? And unless you hate these kinds of games, this game will make you come back for another beating again and again. If you’re one of the better lads in there, you’ll most likely get addicted to the “Champions” message across your screen, also coming back, again and again, to kick ass and chew gum. As of right now, there’s not much gum to pass around.

Basically, there’s nothing to say against the replay value here. I can’t see a single reason why you wouldn’t go for a second go unless you didn’t even like the game.
10/10

Apex Legends might have been released too late, or has it?
It’s a great competitive battle royale game, which grants a huge amount of challenging approaches to both skill and tactical thinking. We love this title, even with the issues of the microtransactions, it’s still free to play and rewarding enough without spending any money.