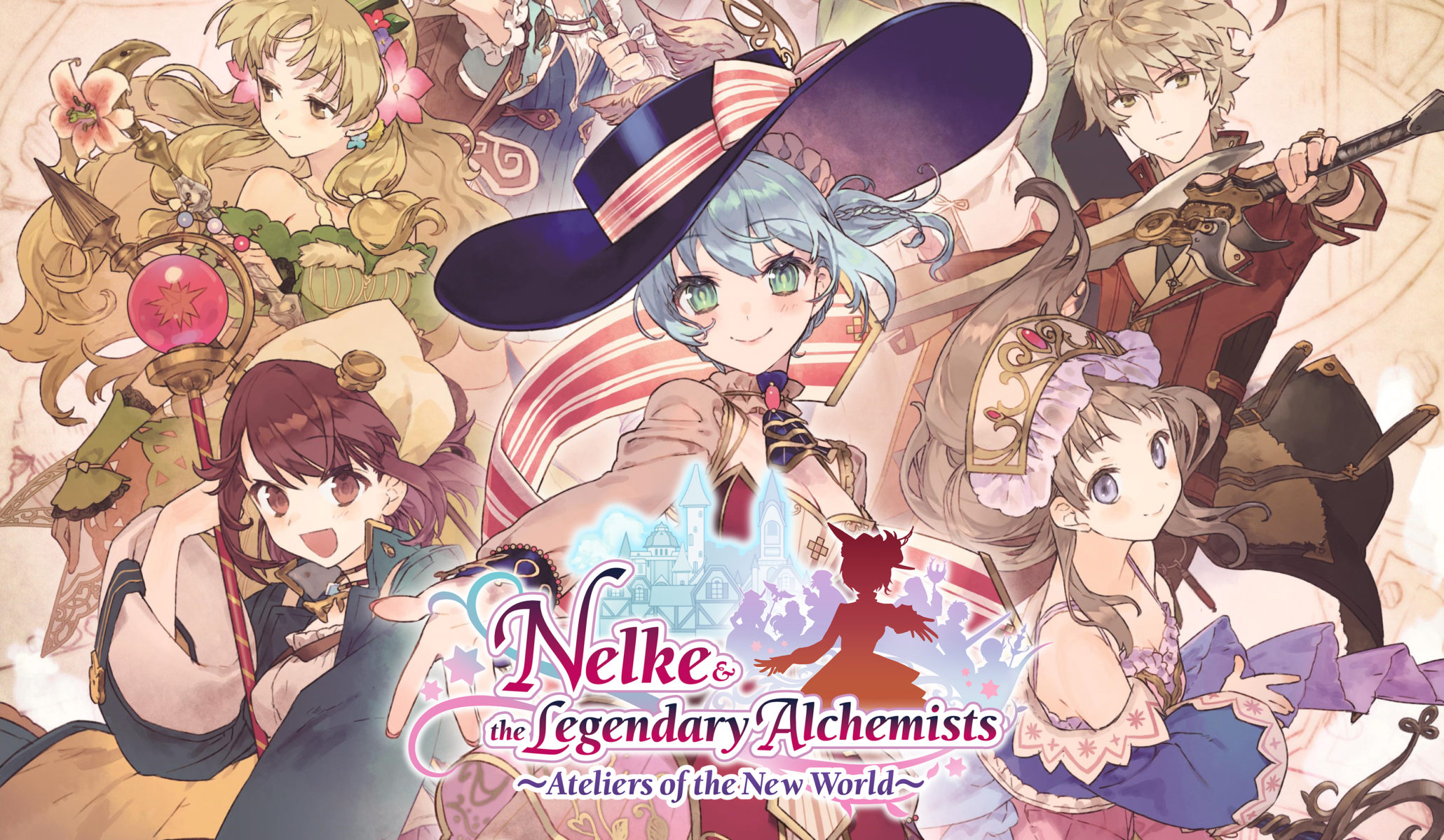 Did someone say Anime-style JRPG? Alright, I’ll admit, I’m a huge weeb and those words alone are enough to at least color my curiosity piqued. Throw in the fact that I, like many people like those cute community-building games like Animal Crossing, and this was a game I was very interested in trying out. Let’s see if the quaint small-town life manages to deliver on the charm.

The game starts off with a young lady named Nelke von Lestamm and her maid Misty Elerute arriving at the small township of Westwald. The young aristocrat was sent there by her father in order to oversee and help develop the town into a bustling city, something she fully intents on committing to. However, she doesn’t take on the job without a bit of an ulterior motive.

Nelke has always had a large fascination with alchemy, and her life dream is to locate the Sage Relics told of in legends of old. She’s no alchemist herself, though, and this is where the characters of previous Atelier games come in! That’s right, this game has an all-star ensemble that will surely hit fans of previous installments right in the nostalgia solar plexus. I haven’t played any of them myself, but as a betting freelancer, I’d put my money on those fans being quite pleased to see those familiar faces.

All in all, the story works well within the settings, the thrill of uncovering more about the Sage Relics is there and you want this young lady to succeed. There are also many good voice actors on board to bring charm and life to the game, although, the dialogue tends to overdo it with the giggle voice clips. That’s just a minor nitpick in a generally very charming setup, though.
8/10

Right from the get-go, the palette of this game is really aesthetically pleasing. It has that slight pastel that makes it easy on the eyes, as well as acute art-style reminiscent of games like Touhou and the Tales of series. I might be a bit biased when it comes to anime-style games, but hey, it’s pretty and it works well!

Now, there are some odd discrepancies between the art and the models, but nothing bad enough to call it off-model. I can’t say the graphics are mind-blowing, either, but they’re still more than good enough. And with small touches like the cute screens you get at the start of each gameplay phase, we’re left with an overall charming game.
7/10

Nelke is very straightforward with the gameplay, being divided into two sections: Work time and free time. Work time is the builder portion of the game, where you make Westwald grow by placing buildings and roads, as well as whatever else the town infrastructure might need. You eventually get alchemists in town that can take your stuff and make better stuff, which you can then either sell for profit or use in a further building.

Free time, on the other hand, plays like an RPG/visual novel of sorts. First, you visit people to rank up with them, then you take your beefed-up friends and go hunting for materials. You also get requests that need to be done in either work time or free time, ranging from making or selling enough of a specific thing to beating up a certain number of woodland creatures. These all have a deadline, but you should be good as long as you don’t miss the deadline of your main task or those emergency tasks your somewhat bothersome father throws at you from time to time.

The gameplay is pretty easy to get into the groove of, however, the unlock system is rather odd. I didn’t get too far into the game before the requests asked me to obtain things that were just plain impossible for me to get at this point of the game, which was a bit discouraging. That’s one pretty big imbalance in an otherwise very well balanced game.
6/10

There’s… not really a lot to say about the controls. The game controls exactly the way you expect it to, at least with the work time portion. The free time portion is slightly different, with its own battle system that’s simple, but fun. Basically, it’s turn-based whaling on whatever poor critters happen to cross the path of the BFF-squad. Nothing that really stands out, but nothing that pulls the game down, either.
7/10

Like I mentioned in the gameplay segment, this game can be pretty frustrating with the requests demanding what there’s no feasible way for you to get before the deadline. Still, you should be able to pretty easily avoid the bad endings your first time playing through. If you didn’t get the true ending, though, there’s always New Game Plus!

NG+ carries over your discovery and inventory data, which should help with some of the more tedious tasks. There’s also a whole new post-game dungeon to explore, where you take on consecutive battles in a sort of Boss Rush. Long story short, this is very good news for anyone who was stressing over time limits the first time around.
7/10

Overall, Nelke is a fun spin-off to the Atelier series. The gameplay can get tedious and repetitive, and the deadlines seem a little imbalanced, but the story is engaging enough to weigh up for it. It has a cute art style, and the whole game has this slight pastel tint that’s easy on the eyes.