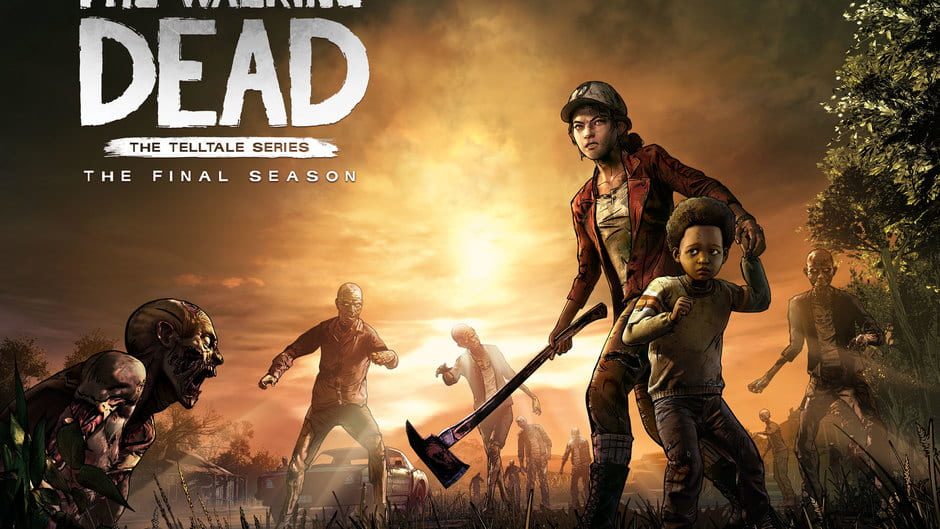 Name: The Walking Dead: The Final Season – Take Us Back
Developer: Telltale Games/Skybound Games
Publisher: Skybound Games
Released: 26.03.2019
Platforms: PC, PlayStation 4, Xbox One, Nintendo Switch
Reviewed on: PC
Acquired: A copy of this game was provided by a publisher for review purpose

Clementine’s story has come to an end, with a dramatic end to the final episode, I was quite worried how it would all work out. I think Violet/Minnie said it best;

The final episode starts off exactly where the third ended, with Clementine and AJ clinging on for their life, with no other help than each other. And from here things keep escalating. There are walkers everywhere, and seemingly no way out. Luckily, Clem and AJ have made friends with the “troubled” youth, and they will not leave us behind.

From here on out Take Us Back is a sentimental masterpiece. With AJ talking about how he feels about Clementine and her choices, Clementine looking back at her journey, and especially a flashback to when she rescued AJ from Fort McCarrol. The only real thing I have to “complain” about is the ending being a bit too dragged out for my liking, yet there are few answers to be had to what happens with Clem and the gang from now on.

In general, I feel like Skybound has treated this final episode to perfection. There are very nice flashbacks to earlier games and happenings in Clem’s life. For me, there was just the right amount of sorrow and hope for Take Us Back to stay with me for years to come, and I am truly grateful for that.
10/10

The facial animations have certainly gotten a lift since last time around, and the semi-realistic/cartoony look certainly fits Clementine and the others. The close environmental textures have also taken a step up. Still far from Red Dead Redemption 2, of course, but it has its own style, and rocks that!
8/10

Just as you’d expect, The Walking Dead: The Final Season follows the same principals as its predecessor games. Survive, no matter the costs. Make some choices. And most of all, make sure to close your eyes when things go to Hell.

The gameplay does focus a lot on progressing with the story, and you could say that the game could just as easily be a novel. However, the feeling of killing zombies, and protecting all you care about is beyond most things in life. And although the game doesn’t allow you to kill off characters like Until Dawn, every near-death experience is filled with adrenaline and an eagerness to keep on living.
8/10

The Walking Dead: The Final Season follows the standard Telltale control system. Partially point and click, and partially moving around in the environment. It does feel a bit outdated, unfortunately. However, that doesn’t mean it’s bad. It works, and as Alf Ramsey once said: “Never change a winning team”. The same goes for the control system. It’s not perfect, but it works. If you’ve played Telltale games before you’ll know exactly how to control Clem.
7/10

As with previous games in the series, the illusion of choice is still the red thread with the replay value of The Walking Dead: The Final Season. Unfortunately, after several games following that very same recipe, the illusion is easy to see through, and what you do doesn’t have that many repercussions after all.

Telltale and their games have been “out-Telltaled” by for example Life is Strange, The Council and Oxenfree. Where these game actually changes something more than the dialogue, The Walking Dead: The Final Season is still mostly about dialogue and not so much about actual consequences.
6/10

So, now it’s all over, there’s no more Clementine to follow in the apocalypse. It feels weird saying it… But it also feels kind of good to know that she has now finished all her struggles, and (in my playthrough) finally experienced being loved by a same-aged girl. It sure has been a great journey, and Clem, it was awesome growing up with you. “See you on the other side”.