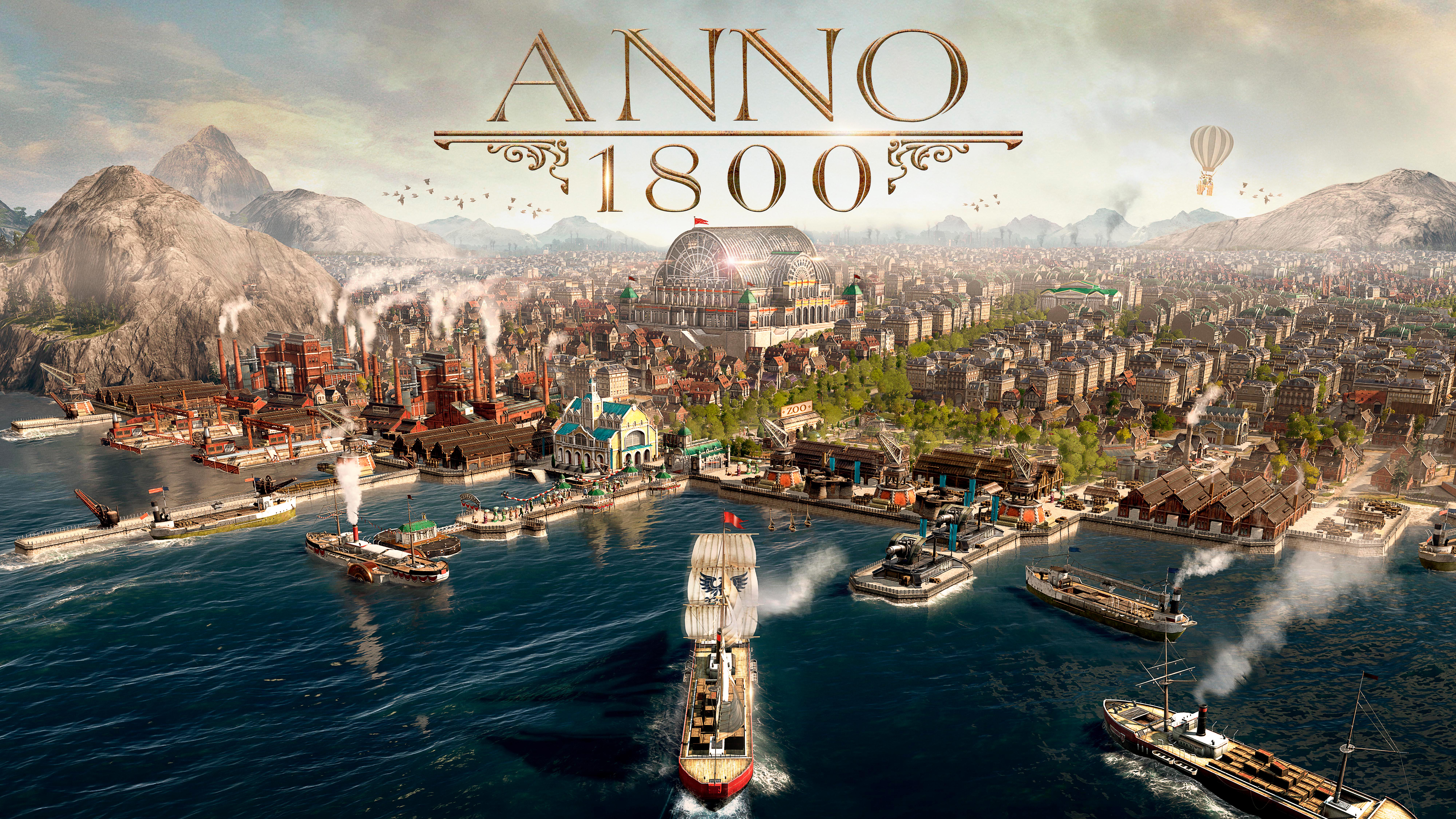 Within its first week, Anno 1800 sold four times more than its predecessor Anno 2205 according to a press release by Ubisoft Nordic. And according to Metacritic critics, Anno 1800 goes big with a Metascore on 81 out of 100 to this date. I can see why, here’s my take on Anno 1800, knowledge of strategy and city building games and minor experience with the Anno series.

It seems like every city-building, strategy game keeps repeating itself when it comes to a campaign mode, its short and functions as a tutorial for the game. Anno 1800 doesn’t want to be the ugly duckling and went on to be one of $crooge Mcducks coins in his vault. That means Anno 1800 has a short campaign mode introducing you the mechanics, user interface and the games diverse characters.

However, even though these type of games falls short when it comes to a deep dive into a storyline, they keep you on the edge by focusing on the theme/setting of their game. In this case, we’re in the industrial Victorian time, where steam power began its reign, general labor force didn’t depend on slaves and colonization of the New World.

Overall, the story is short and the writing is decent but easily forgettable. But the; let’s say “lore”, is true to its grounds and fulfills my quota of historical correctness of their setting.
6/10

There isn’t much I want to complain about in regards to the graphics and sound design. The animations of the wake of the ships are sometimes a bit delayed and may look a little odd at times. I won’t mention in specific details, but there are minor object/character designs that I feel was a bit odd, but that’s going into real minor details by zooming in to the object. Because the overall looks are amazing!

I see that people complained about the multiple and cringe-worthy voice acting by the NPC’s around the world in the beta. This is something that has been downgraded in the full release, and I actually miss those cringe-worthy speeches and songs constantly popping up.

Talking about the graphics and sound design is always a difficult task, the best way to look at it is by trying to see the art direction. Not every video game are meant to look photorealistic, Blue Byte does a great job delivering us a colorful and majestic feel to Anno 1800.
9/10

Already back in 2017, we witness the reveal of Anno 1800 during Gamescom, and from then we have followed the development and also got to see a showcase yet again at Gamescom 2018. After seeing the Gamescom demos, and testing out the beta, there are a few features I actually miss in Anno 1800, that the developers had removed before launch, such as land battles.

The possibility to build barracks, armors and an army on land has completely been removed. I remember the funny sequence where the commander of the army went nuts on an enemy wall because he wasn’t the guy who demolished the wall so they achieved victory.

But enough of that, hopefully, they add it as a DLC later on. Anno 1800 delivers a great aspect of city building elements for both newcomers and veterans of the series. The veterans of this series might even say that Anno 1800 has gone back to its roots. The learning curve is easy and fun to experience, and by creating trading routes between your own islands or between AI’s (or other players are insanely satisfying). By keeping our residents happy, by fulfilling their demands of clothes, alcohol, jobs, pollution, etc they keep on coming and brings life to your city.

The naval combat is decent enough, once you manage to create ships with cannons you might notice that the wind direction actually matters. You can, however, create steamships, but they move way slower. It’s a nice feature though to expand the Anno 1800 experience, and it does bring a feel that you’re exploring new worlds. In regards to the New World, by creating ships, you will get access to the “New World”. Here you’ll explore the exotic part of the world, and of course bringing the industrial revolution to this world.

Not everything walks on sunshine, the New World offers a decent new look to expand your horizon, but the skill tree which provides you the diverse type of buildings to build is way thinner than in the “old world”. The campaign mode is done with a quickie, so the Sandbox mode or multiplayer is your dream prince in this scenario. Once you manage to find your cycle, you will notice that upgrading and expanding your city comes very easy, which means that Anno 1800 might be uninspiring to play in the long run.

Despite a few minor flaws, I simply can’t stop playing Anno 1800. I’m one of those who love this type of games, and Anno 1800 delivers exactly what I want. And the AI is surprisingly great as well.
9/10

I could have mentioned this in the ‘gameplay’ section, but the user interface and “warning system” is a bit irritating at some points and confusing. The provided information isn’t always relevant, and the warning system is a bit chaotic, you will get multiple duplicate warnings even though you “checked them”. Other than that, the schematics at default works perfectly and falls into the standard setup in an RTS/Strategy game.
9/10

You can experience the campaign mode by doing the unguided version for a bit more challenge. And you can, of course, create new worlds with higher difficulty when it comes to AI and resource availability, and the standard multiplayer mode. There isn’t much more replay value than this except your very own imagination.
9/10

Anno 1800 is the perfect title to introduce newcomers to the series as well as providing a great challenge and “flashback” to its roots for veterans. The art direction is stunning and the sound design want’s me to crank my speakers up at max!
The story falls short, but that’s expected from a city building game, your imagination is your only limit here.