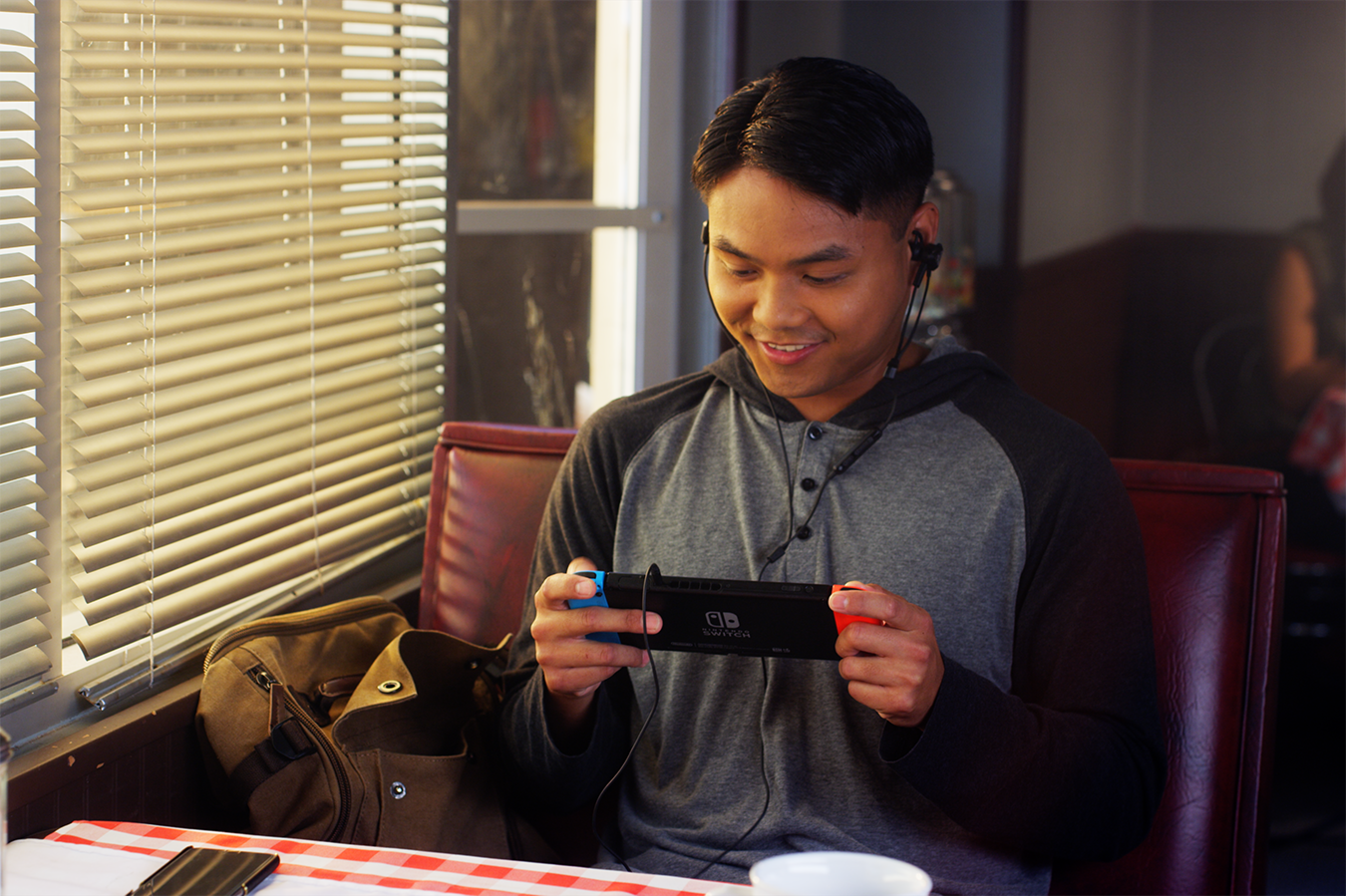 The Turtle Beach Battle Buds has now been in my possession for a couple of weeks, and quite a few hours of gaming on the Switch, PS4, and mobile later, I am finally ready to share my thoughts. With a frequency range from 20Hz to 20KHz and 10mm magnets inside, the Battle Buds should be great on paper, and with a price tag of $29.95, the earbuds are really affordable too. Question is, will it be as good in real life as on paper?

Let’s start out with the audio, which is surprisingly good, considering the price for the Battle Buds. The bass could be better, but that is a minor issue, and it’s definitely far from bad. The treble also feels slightly too “airy” and without any real punch. Again though, considering the price of $29.95 I am pleasantly surprised by how the audio sounds.

I’m also liking not only the fact that the Battle Buds sports a 3.5mm jack, but also that it has a good enough jack to stick with one for both the in- and outgoing audio. Another plus is the fact the mic is detachable, which takes away some of the clunkiness of the headset which we will get into later on.

Unfortunately, not everything is pitch perfect with the Battle Buds. First of all, they are really heavy, like obviously with pretty large magnets to emit the sound, that is a trade-off, but it feels like the Battle Buds could be lighter even when sporting those Neodymium magnets. In addition, there’s the general design of the Battle Buds which is far from ideal. For my part, the earbuds were way too big and were sticking way too far out of my ears. Obviously, this is just my opinion, and if you have different shaped ears you might have a different experience overall.

Lastly, there’s the microphone itself, which is subpar, to say the least. I mean, not that it can be expected to compete with the Blue Yeti I’m using on my PC, but I would expect it to be better than the mic on my OnePlus-headset, which it’s definitely not. It’s not a lot worse either, but the mic on the Battle Buds is its own entity, and I did expect more.

All in all, I must say I’m a tad disappointed with the Battle Buds. They are too heavy for my liking, and the microphone feels a bit “chugged on” afterward, without any real thoughts of it being all that useful, with its less than ideal sound for others to listen to. The audio output, however, is pretty A-okay. The bass could be better, sure, but based on the price it’s good enough.

If you are looking for an extra pair of earbuds and feel like the $30 price range is your area, and don’t need a great mic, then you can definitely give the Battle Buds a go. However, I do suggest putting a few extra bucks in your budget, since that will get you a more complete set of earbuds overall.