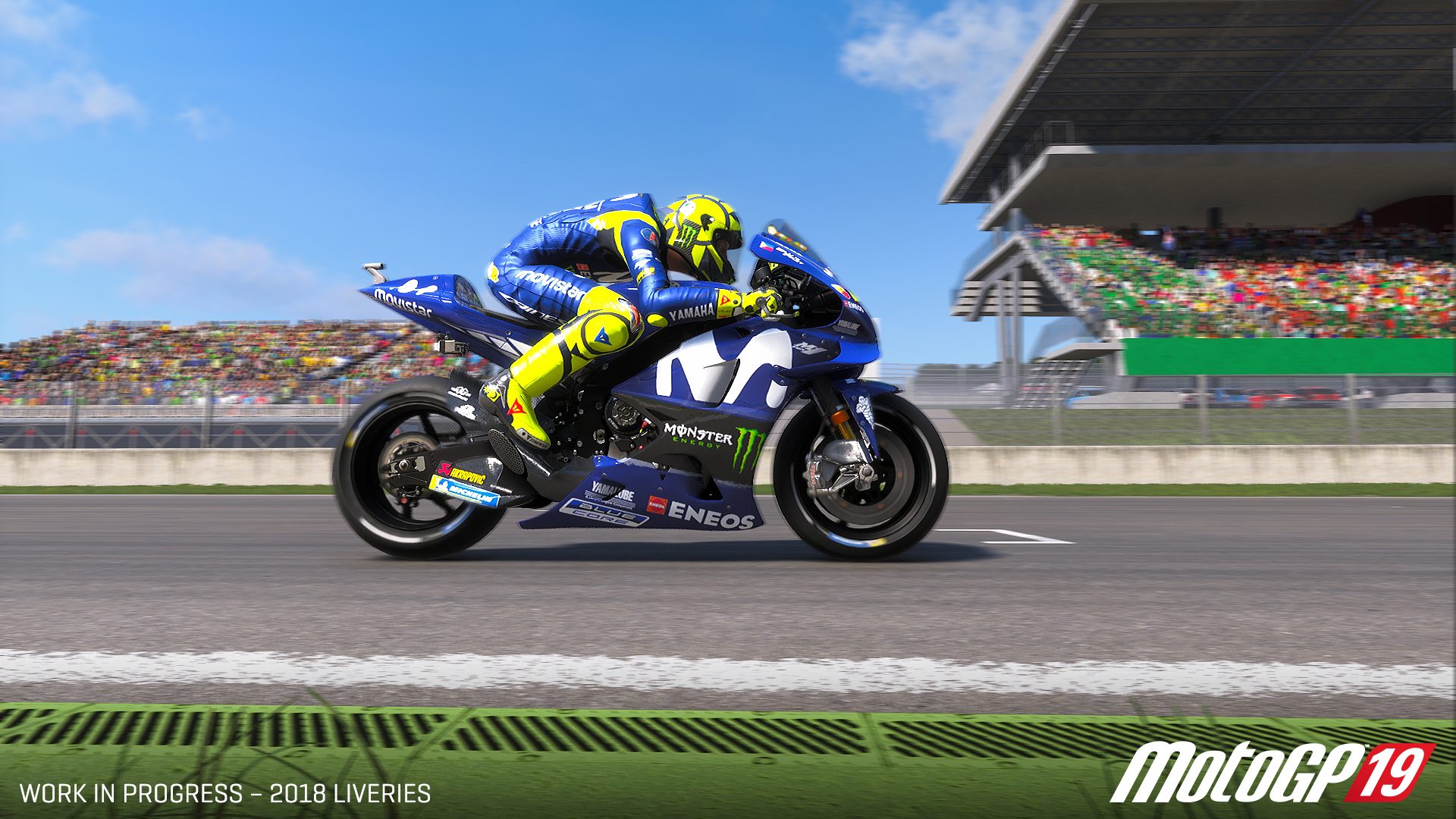 Now I’m no Valentino Rossi or Marc Márquez, but I have played some of the MotoGP-games earlier in my gaming life, although there have been a few years since my last buy. My biggest question was how much had changed since then, and could I still handle a bike okay?

First things first – MotoGP 19 looks a lot better than what I expected. Although previous Milestone games have looked okay, this game does take it up a notch or two. The lighting, in particular, has surely been improved and is now among the best I’ve seen in the racing genre. The tracks also look really good, and although I’m no expert at each of the tracks on the calendar, I am certain they are close to the real deal.

The bikes look really good, and the riders too look surprisingly lifelike, at least until they fall off the bike, which happened a lot on my part… One thing I found a bit weird though is the fact I could select a girls’ face for my character, yet she had a male body and was constantly called “he/him” by the commentators.
9/10

MotoGP 19 is very similar to lots of other semi-realistic racing games, with a career mode, race mode, time trial, etc. I was personally mostly into the racing and time trial as I found the career to be a bit boring, and although featuring free practices, qualifyings, and races, I didn’t feel like it gave me anything more than the single races, other than more loading screens that is.

During races, or generally speaking during the on-track time, the new AI is definitely a step up from what I can remember, but it’s still quite a way for it to go until it feels as real as the Formula 1 series from Codemasters. In addition, I thought the other riders were a tad too aggressive, and less than smart when it came to not riding in my way during a flying lap at qualifying. Another thing I liked was the ability to customize my rider with different helmets, gloves and pretty much whatever a rider needs.
7/10

Regrettably, the controls in MotoGP 19 are nothing for Milestone to be proud of. Turning the bike not only takes a long time, but I also had a very hard time understanding how the bike would react to my input. By all means, I do get that a bike behaves differently than a car with a longer turn-in time. However, I did expect the bike to behave similarly (to itself) around the same track, and not feel mostly like a lottery. On the positive side, the button layout is pretty straight forward with each button making sense and doing what you expect it to do, for example, R2 for acceleration, L2 for braking, and so forth.
6/10

Personally, as I never really understood how to steer my bike, the replay value could be a lot higher. However, I do see how learning the tracks by heart and shaving off a couple of tenths would be a huge thing for fans of MotoGP in general. Otherwise, though, I’m uncertain how much there is to do. Sure, there’s a career mode with different “leagues” and divisions with different motorbikes and series, but apart from a quicker bike the higher up you get in the ranks, there’s not a lot of differences to be spotted.
7/10

All in all, MotoGP 19 has been a pleasant surprise for my part. First and foremost, the game looks amazing, with a lighting detail that is among the best, and bikes that look great too. Gameplay wise, career mode is a bit boring and didn’t really give me anything more than any other race. Unfortunately, the controls were close to being a deal breaker for me, and therefore the experience I had was a bit limited. With better controls though this game could definitely be a way into the MotoGP series for my part, and I will definitely keep an eye for updates.