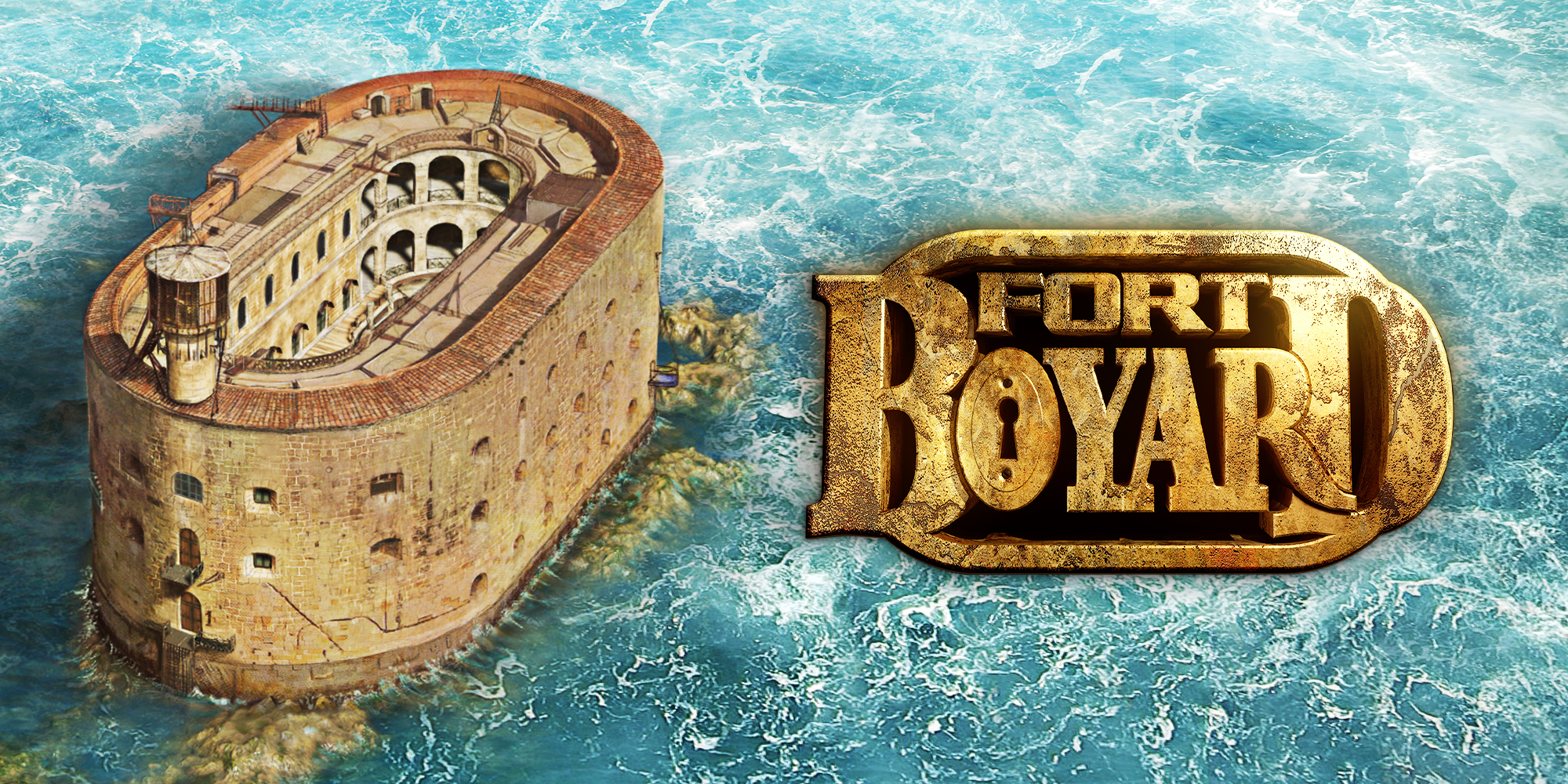 Do you remember the old reality show that you actually had to watch on your television! (Whaaat does those still exist?) Where four challengers had to beat diverse challenges to receive keys and clues to open a cage full of coins? All of this inside a fort on an island guarded by a dwarf and tigers.

If you are old enough to remember this you might think, hell yes I want this game! You’re not the only one, I yelled so loud of joy once I saw this was coming that it got my girlfriend’s attention wondering what I almost cried about, last time I saw my girlfriend this happy might have been back when I asked here on a proper date for the first time.

I didn’t even bother to research on what type of game this was, I wanted it!
So what did I get? This is something I will try to explain in this review (duh..)

Fort Boyard as a videogame (this time) is a party game for up to four players. It is not an online game, it’s strictly an offline/ local / couch play type of party game, so bring up multiple controllers.

The license type of games are always a hard nut to crack and to be fair towards the developers on this title, they did a good job preserving the trademark. Party games are always a lot of fun once you play this type of games with other people. Here you have the option to play all the games different modes with just one player, two players, three players or four players.

Fort Boyard isn’t a huge game with tons of content that will make you grind to unlock skins or somewhat. After approximately 30 minutes of gameplay, my girlfriend and I had unlocked everything that could be unlocked. (We could only unlock different difficulties) And that’s just fine, as this is a license based party game.

There are 12 different challenges to beat to achieve keys and clues for the treasure room. And some of them are challenging. With that I mean, they truly are a challenge to us in a fun way, there isn’t any clunky controllers or bad AI to put excuses on.

Sadly I can’t say that Fort Boyard is one hundred percent perfect, there is a lot of things we struggled with. The controls felt a bit unresponsive and slow, which really had an impact on challenges where we had to be precise and fast. One of the challenges where we have to catch a sphere before it reaches the ground feels impossible as the controls won’t go fast enough.

The art direction is decent enough, it’s what you might expect from a game such as this, but I can’t shake the feeling that this game has been rushed through development. Some of the animations and textures are off, there less than ten lines of voice acting with the playable characters, and that’s fine. But in the very few cutscenes this game has, the one and only character in these cutscenes doesn’t have a voice actor, just mumbling and text bubbles…

As mentioned there are a few different modes in Fort Boyard, ‘Adventure’, ‘Board Boyard’ and ‘Training’. All of the modes can be played with up to four players (this is a good thing), ‘Adventure’ mode is the classic way to play the game similar to the reality show. ‘Board Boyard’, however, is a minor clone of the Mario Party/Monopoly board setup. Why is this a bad thing?

Well, this mode feels like its pushed in the game in last week or so before launch. Throughout the entire game session with my girlfriend, we both sat there wondering about the same thing, what are we supposed to do? What is the endgame? After approximately 15-20 minutes the AI host suddenly said that Player 2 had won, why did Player 2 win? This “board game” lacks the adrenaline rush feel to it and meaning.

The last thing I will complain about is the price tag this game has received. (I checked the PlayStation Store). So we concluded that this game doesn’t have a lot of content and the content that is available is decent at best. (Might just be decent at best for the nostalgic feelings.) And we might also conclude that this game might not be your first priority when it comes to party games. With this type of content, you might think the price tag is around 20$, well no, the official price tag on the release is almost 54$…

Fort Boyard is a decent game at best for the nostalgics. Gameplay, graphics, and controls feel rushed through development and the price tag can’t defend the content you will receive. Some of the challenges are fun and challenging, but like many other license-based titles it falls short.
Even though this game falls short, it still provides me fun and nostalgic experience personally.