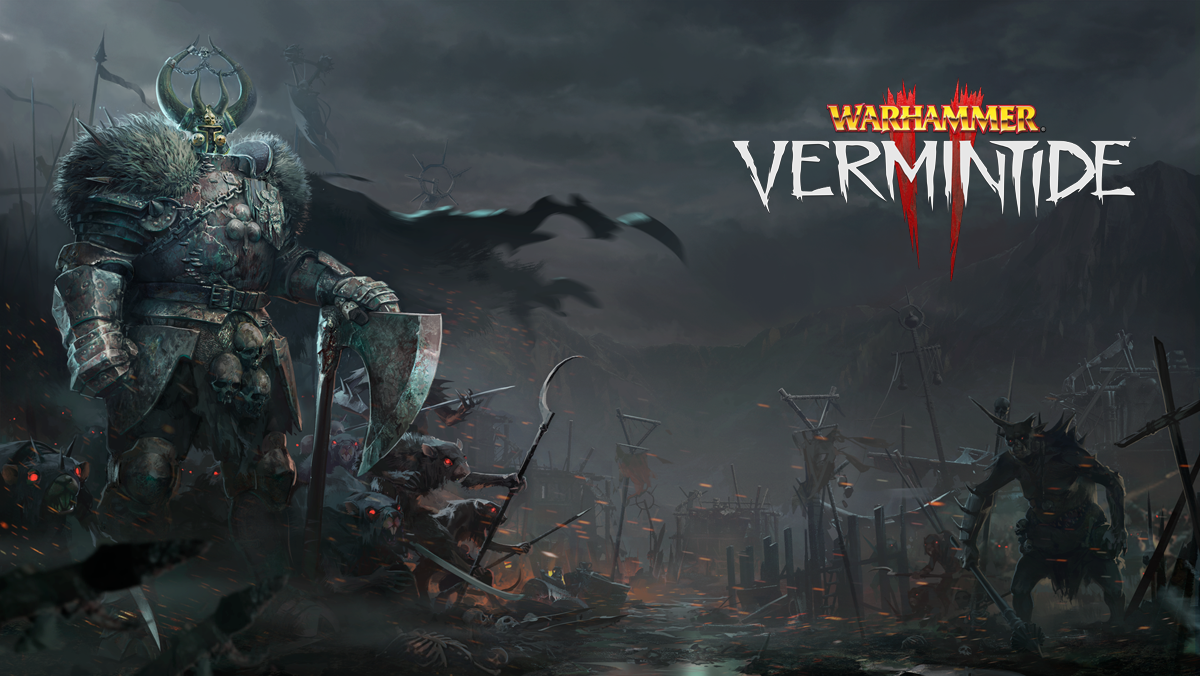 Warhammer: Vermintide 2 first released on the PC back in March 2018. And after logging countless hours into the game back then, I figured it was time to uninstall the game to make room for newer releases. “But no!” Says 505 Games, “We want you to slay some more mutated rats, but this time I challenge you to do it on the PlayStation 4!.”

Short summary, Vermintide 2 is a first-person four-player co-op action game. Each character has their own set of skills and abilities which creates a strategic feature to the game.

I’m not reviewing a totally new game, no, I’m actually reviewing a deluxe edition. The deluxe edition contains both of the released DLC’s and a lot of extra content. The question is, is it worth your revisit? Is it great for newcomers?

(I’m going to mix our review template a bit on this one, as it is a re-release)

The most obvious “good thing” about this deluxe edition is that you will receive all of the goodies that have been previously released. You will get both of the DLC’s, “Shadows Over Bögenhafen” and “Back to Ubersreik” and lots of extra content such as tailored missions (Heroic Deeds), diverse skins & portraits and the Sigma Keep Statue.

In my opinion, this game is a must have for those of you who love co-op games. And this deluxe edition is no exception. The AI (or computer as some might say) works decent enough when I play offline, but the true mayhem and the most fun part is by playing the game online with other players. Yes, it might be bloody chaos by playing with random people, but the fun is still inside all of the chaos. So you can either rush through each level with randoms hoping for the best, or you can play with up to three friends and do it strategically and might even defeat the bosses.

If you love games with lots of “meaningless right into the action” type of games, where you can just sit down, relax and just jump right in, then this is for you. Lots of content to unlock and experience, and there is a lot of things to do, so the replay value is high.

Characters and their skills included in this deluxe edition.
(there are five different heroes with three different skill sets, here is the information about the starter five setups, the rest has to be unlocked by earning experience/levels.)

Career Skill: Deploys a smoke bomb for 10 seconds that conceals you from enemies whilst he stays inside the cloud. Also, gains increased ranged attack power while concealed.

Waystalker
Passive Ability: Amaranthe – regenerates 3 health every 10 seconds when below half health.

Career Skill: Trueshot Volley – Kerillian shoots a volley of arrows that seek out enemies in her path

Career Skill: Animosity – pushes back nearby enemies, and boosts nearby allies’ critical hit chance by 25% for 6 seconds.

Career Skill: Fire Walk – teleports forward, leaving a blanket of fire in her wake that lingers for 6 seconds.

I can’t exactly say that this is a bad thing, as it was released last year. But some of the graphics and animations can feel a bit “outdated”. To be fair, the graphics or art direction that is, wasn’t the best thing in the original either. I can’t find much to complain about Vermintide 2, it’s a great game. There are a few personal issues such as how the game’s story is being told, controllers feel a bit unresponsive sometimes, and the drop in/out of story missions is a bit confusing, especially to newcomers who might be interested in the lore.

Warhammer: Vermintide 2 still proves to me that it is a great co-op game, and still keeps my opinion as a must have to Warhammer fans and “co-op game” fans. You will receive a lot of great content in this deluxe edition. Even though some of my personal issues are still there, it won’t be ruing your experience.