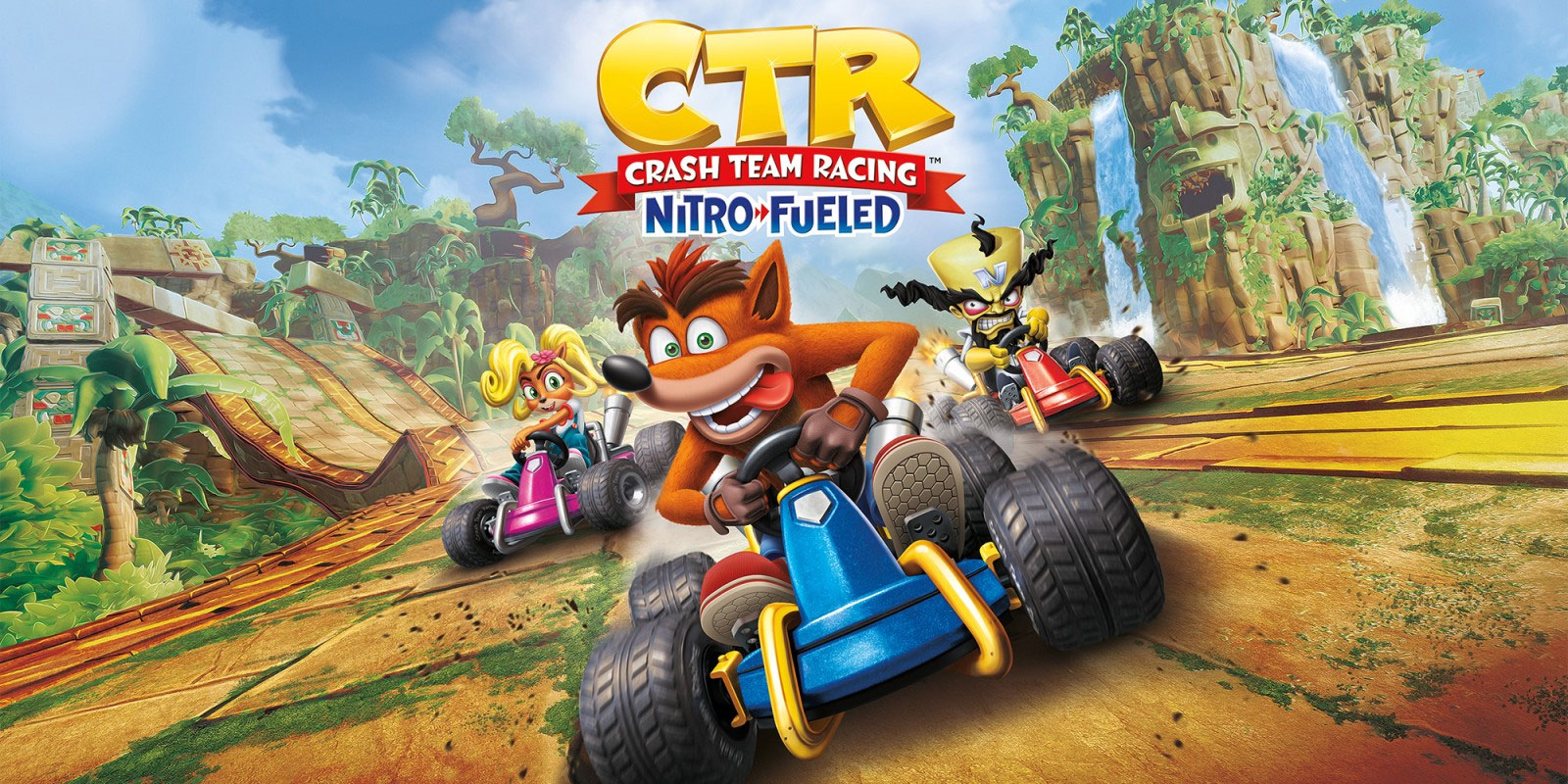 Okay, so who doesn’t like arcade racing games like Mario Kart? And let’s be honest, if you’re my age you must have had a soft spot for Crash Bandicoot. The mix of those came in the form of Crash Team Racing. Now, Activision and Beenox have remade the game for this generation of consoles, calling it Crash Team Racing: Nitro-Fueled.

Let it be clear once and for all, Crash Team Racing: Nitro-Fueled, looks simply amazing! Not only does it sport a new look, with HD textures and better sound. It also sports the retro look from the original game (at least for the karts and characters)! In addition, CTR Nitro-Fueled has lots of customization for every single character. Different color schemes, costumes, and general look.

The gameplay is probably CTR: Nitro-Fueled strongest aspect, and that’s no small feat. It’s an extreme amount of fun, with the same feel (although a bit more polished) as the original game. Plus, you know, the fact that you have hours upon hours of that extreme amount of fun! There’s a campaign mode, which unlocks new tracks, new looks and is otherwise the main thing to do in-game. There’s additionally a multiplayer mode, both online and couch-style. I only had a couple of races with Kim and Sunniva for the offline part, but the little we played was lots of fun (Kim is a cheater though)!

In addition, I am surprised by how well the whole game seems to be made. I have yet to happen upon a single game-breaking bug. Well, apart from an online mode not working, that is, but more no that below. Offline though, Crash Team Racing: Nitro-Fueled has a Nintendo-level of polish and finish, which is something to be proud of.

Luckily, there’s very little to complain about with CTR: Nitro-Fueled. The one and only thing I can think of is the controls, that are not ideal. That being said, they’re definitely not bad! I just feel like the steering is a bit too unresponsive, and I cannot for the life of me understand why reversing is controlled by pulling back L3?! There have also been some issues with the online services, but hopefully, that will be fixed in future patches.

Beenox can definitely be proud of their remake of CTR. Apart from a weird way to reverse,  some clunky “slide’n’boost” controls and an online mode that needs fixing the game is pretty much perfect. There are lots to do in the campaign mode, there’s a great number of tracks and a huge number of characters to choose from. Most importantly though, the game still offers hours and hours of fun. I will definitely keep on playing long into the future.