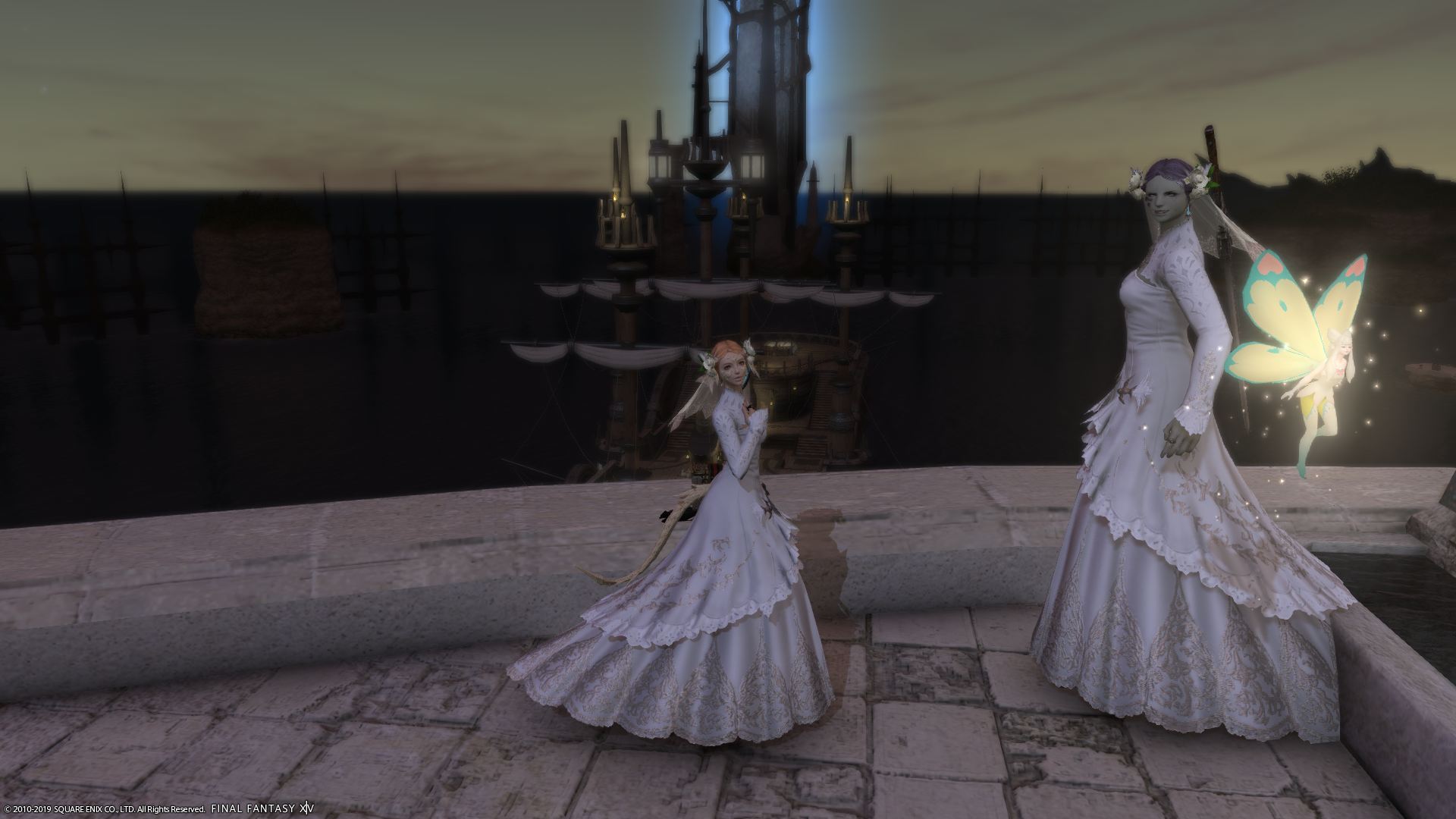 Stormblood ended in a cliffhanger, your hero now fighting another Ascian dressed up as Zenos the main villain. All of your friends are in a mystic sleep and only you can hear the strange voice telling you to open the gate. This is where Shadowbringers, the newest DLC to Final Fantasy XIV, starts up. In this new expansion, your hero will travel to a mystical new dimension called “The First”. This land is on the brink of extinction as there is too much ‘Light’ in it. Not only does this baffle from what we have heard in the other DLC’s where your job is to extinguish the dark as you are the champion of Hydaelyn, “The mother of Light”.

Well, here in this universe the ‘Light’ overflooded and killed half of the planet. Where it not for a mystical woman stopping it, the dimension called ‘The First’ would be consumed by the light altogether. You have been summoned by a mystical man that calls himself the Crystal Exarch, he tells you that you have to save this world or the “eight umbral calamity” will happen and that your hero will die, if so happens. So you set out to meet your friends and kill the enemies called Lightwardens, these monsters store the Light for a specific region. Killing it restores the darkness and helps restore The First to its former glory.

The story is very complicated if you have not played FFXIV before and that’s why we will take it this short. Overall the story is compelling and fun, it leaves you asking a lot of questions about yourself, and allows you to reflect on what makes you a hero (You may need therapy in the end but it’s totally worth it).

About the new races:

Viera, the new playable race is half human, half bunny, which you might recognize from earlier Final Fantasy games. This race is one of the tallest and can only be made as women, they are recognized by their long ears on top of their head (and slightly revealing starter attire). They are pretty to look at, but has less hair or cosmetic options than the other races, in the game, they are natives to The First and is of an ancient warrior tribe. In the lore about the Viera, they do mention male ones, but they live in seclusion never to be seen by other than the female ones, so to make the game lore-friendly you can only make female ones as a playable character.

Hrothgar, the new feline race from Eorzea has also made their debut in Shadowbringers. Separated into two clans, the Helion and the Lost, almost each and every one of the Hrothgar are male. So if you’re wanting to play as a female Hrothgar you’re out of luck. The few females that exist (lore-wise) are also rare to be seen. If you do want to play as a Hrothgar beware that you are stuck with only one hairstyle per face, with locks and fringes being the only customizable features otherwise.

About the new classes:

Gunbreaker, the new Tank-class that has been added in Shadowbringers might be the best experience I’ve had with tanking in any MMO. And it’s definitely my favorite Tank in the whole FFXIV universe. With a possibility to heal your teammates (and yourself (although be it barely)) it’s actually a pretty team-friendly class as well. That being said, there are a lot of different buttons and combos to learn, and even after my hours of raids, quests and general fighting, I am far from being efficient with the GNB.

Dancer is the second job class that has been added in Shadowbringers. This DPS class is fun and fast-moving having an array of both close attack and ranged attacks. The class has an interesting job story which you follow as you progress in the levels, you will start in LVL 60 so you will have to level it up to 70 to use it in the expansion Shadowbringer.

The class is the easiest DPS class I have played as you can move around while casting both ranged and closed attacks making it pretty fun playing boss fights with a lot of AEO attacks. Staying close to your dancing partner is also a fun mechanic as you transfer buffs from yourself to the other player, a smart move here is to tag the tank as you can heal. This will help your healer a lot.

The first thing I want to talk about is the story. It’s a masterpiece of twist and turns right up until the end. The writers of this story must have taken hours making the characters even deeper and more relatable, now the ever-optimistic hero’s are now doubting and having life crises. These moments define not only their story but how you answer and how you feel taking part in the game.

The villains are even more complex and not entirely evil beside Vauthry (Vauthry is evil, and only evil). That some of the villains actually have a pragmatic backstory that makes them not wholly evil just living in a world where hope is gone, makes them more relatable and even sad to beat sometimes. This is not a new element that occurs in this DLC alone, the FFXIV story so far has all had twists and turns, but I feel that Shadowbringers brings it up a notch.

The new armors and attacks are fun and gorgeous (except the dwarven armor set, or not if you like going around looking like a pimped Santa Claus). But don’t worry, the glamour system is still with us. In general, the armors match the area and bring you exotic new gears. This brings me to the new areas you can explore at first you will have to ride your mounts and walk before you unlock the flying. The regions of The First is gorgeous and you will have to explore both land and water to unlock it all, in each city you visit a lot of side quests will occur that will give you new gear and money and hours of gameplay.

In general, Shadowbringers, (well, in fact, patch 5.0) has dumbed the game down quite a lot. Gone is the TP (Tactical Points) system, and honestly, it hasn’t really been replaced with anything. Instead, you’re getting skills that don’t cost any MP and can be spammed at any time. Sure, the game will be easier to get into than before, but as we both have well over 400 hours in-game it feels like we are not getting any rewards for actually learning the combos, etc. In addition, the MP system has been revamped, and for my (Eira’s) part, I feel like the previous system worked a lot better. Sure, I get the fact it’s just taking a percentage of the MP gauge, but now it doesn’t improve for each level you attain during the game. This made the fighting system feel more locked and set, there were a lot of attacks removed from the fighting system that I used a lot.

The new FATE system introduced in this expansion is a fairly fun experience if you like farming for hours. The new FATE system is now in every new region, and you will have to complete a set amount of FATEs to upgrade the level. This will result in better loot which you can buy with “multi-colored gems”. The bad thing about this is that the loot is not worth fighting that much over, in my opinion. It gave me a bad after taste when I had just finished 60 FATEs to find out what I could buy was not that good after all. And you will not get any seals in FATEs taken in The First.

Another small issue found is the lack of Hildibrand. Although he’s “just” a side NPC with his own (very special) story – we both found ourselves missing his shenanigans every time we had a gaming session. Usually, his story has been implemented in ever X.0 patch, but this time he’s lacking from the roster.

All in all, Shadowbringers is a very good addition to FFXIV. The story is now in the place of a regular Final Fantasy game, and not just a lore-hefty world with an okay story as might have been the feeling from the previous DLC’s. Square Enix has also included two new classes, the Gunbreaker and the Dancer which we both really loved. Eira is even considering to main Gunbreaker from now on. Unfortunately for the regular players, the fighting has been dumbed down somewhat, although the gameplay still being fun. The new FATE system also feels a bit too “grindy”, but hopefully this will even out in the future.