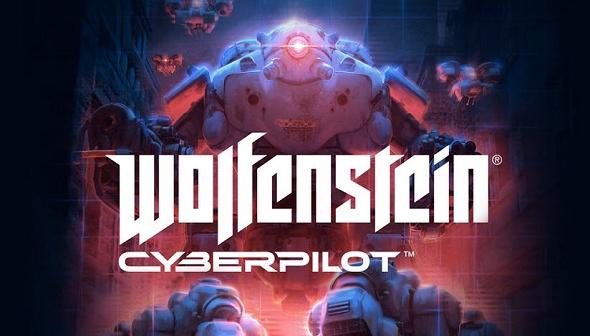 Wolfenstein: Youngblood isn’t the only new Wolfenstein title released this year. MachineGames also released a VR version where you play as a Cyberpilot controlling a robot dog (Panzerhund). Despite low attention by the media, and low expectations from me as I thought this would only be a spin-off that has gone through fast development to reach the deadline. How does it actually perform? Is it fun to play as a Nazi killing cyber pilot?

One thing that almost repeats itself in every new PSVR title nowadays, is that the motion sickness (Except Ace Combat 7) is almost no existing. I didn’t encounter a single moment of motion sickness with default settings, and my head & eyes were handling it even better with the games comfort settings. Much of this also helps with real accurate and responsive PS Move controllers. I think this VR attempt from Bethesda is one of the best ones considering the controls. A small tip from me, sit in a gaming chair or a chair that can turn for an even better experience.

This title has a few flaws, but more on that below. What this title does great is the visuals and the performance of the mechanics of the game. It runs smoothly, and the overall graphics are stunning for a PSVR title. Textures ain’t that blurry, and the soldiers actually look like soldiers.

I do love the idea behind the basics in this title. You are a hacker, a cyber pilot who controls robots out in the field. You as a person are never in combat, just like modern warfare with drones. The visualization and execution behind this idea is great and did impact me positively for my experience of Wolfenstein: Cyberpilot.

But sadly, almost every single game that might feel pushed on through development because of money-grabbing never ends with an awesome product, and Wolfenstein: Cyberpilot is no excuse. For starters, the game is incredibly short, it took me approximately 80 minutes to complete the game. And once I took it up a notch and slowed down my fast-paced playstyle, two-three hours. It’s a typical “budget” friendly game, but the overall experience feels like an expensive (but great) tech demo instead of full game experience. There are only four different missions, in which you will control different types of robots with the endgame so uninspiring that the missions feel pushed on. You can compare the gameplay with a typical first-person shooter arcade game from the bowling alley or at the supermarket. The gameplay is very linear with enemies popping up in numerous amounts in non-logical ways. The only good thing though is that you will get that “right into the action” type of game, as a Wolfenstein game should be.

Wolfenstein: Cyberpilot is a short game that feels more like a tech demo than a full game. You will get the true Wolfenstein experience with lots of action, and the controls are better than ever. Hopefully, we will get more VR titles from Bethesda, as Cyperpilot is in the right direction in regards to responsive controls and game mechanics.