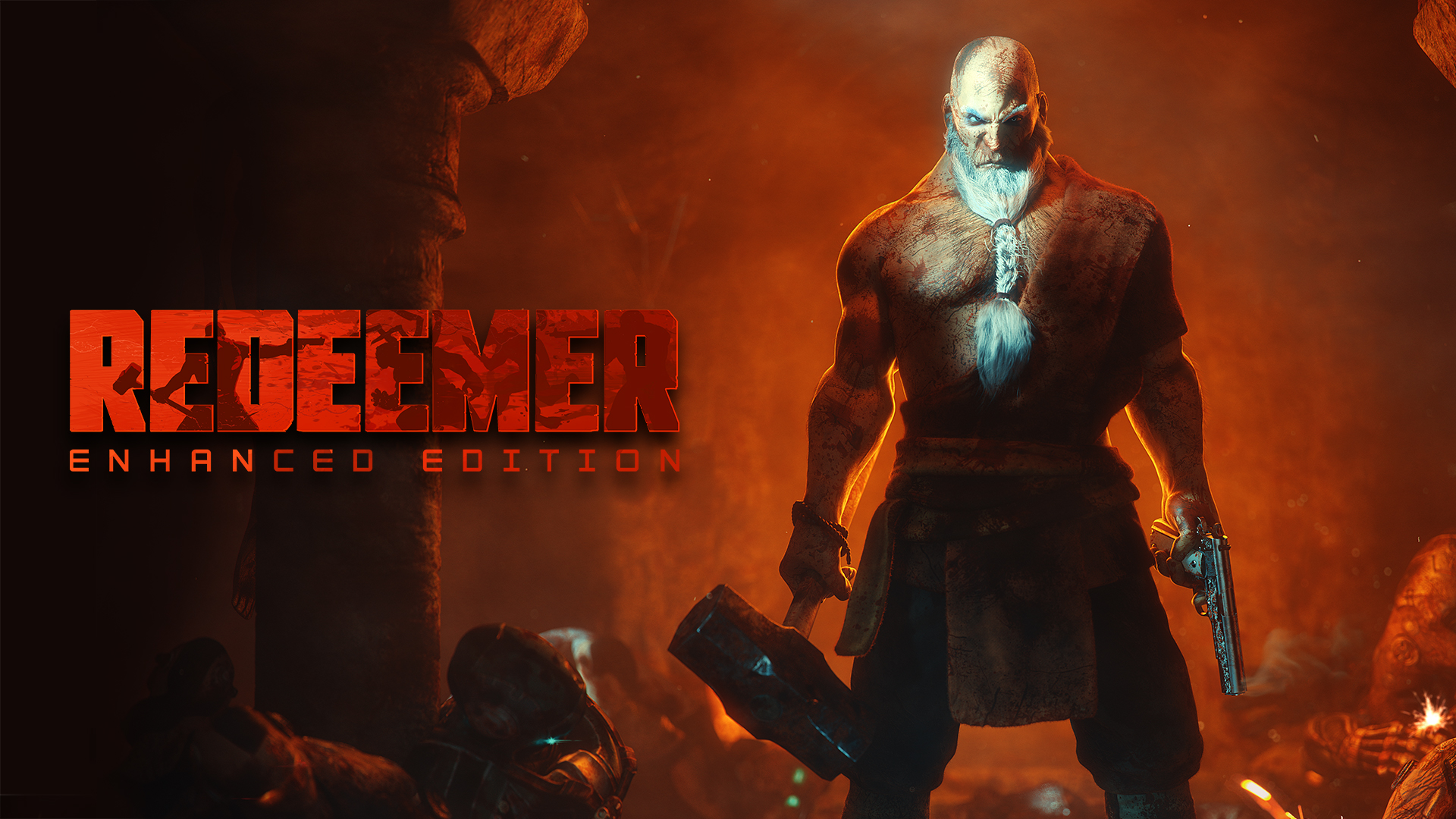 I have to admit that it was a very special game. I didn´t know what to expect since it’s not my type of game. And for me, this game didn’t suit me that good.

Our hero Vasily, is a monk whose monastery is invaded by militant forces. Over the course of 3 hours, you’ll fight off the hordes of armed fighters and uncover more about your past and the opposing force. Vasily is a strong force, with his fists and feet got some basic combinations at his disposal. Parries can repel incoming attacks with simple timing, firearms control well and give you some ranged option. Environmental kills come into play in many of the game’s colorful arenas. Finally, you have blunt weapons on your hand which can deal with significant damage to the game’s heavier enemies. I felt these took a while to get useful but, by the time the game reached a climax, I was glad to find the more heavy-duty hammers.

There’s a variation on display which prevents the game from feeling stale. It’s welcome, given the game’s length is a handful of hours. Chapters can be over within 30 minutes and checkpoints are often. But the story is too much the same and will feel a little bit repeating over time.
5/10

The graphics are pretty decent. Since the camera is changing from over your character and sometimes zoomed in, the graphic is not as stunning as it could have been with first-person view. But I like the details on the surroundings, the rain looks good and the stones, I just wish it was more realistic blood on the outside as well. Because on the inside surroundings it is perfect.
7/10

A playthrough of Redeemer: Enhanced Edition is likely to take you about 6-8 hours unless you attempt to beat it on Hardcore difficulty. There are also the combat arenas to tackle, which probably won’t take you all that long to conquer. Whether you’ll return to the game after that depends on how much you like its brutal combat.

This can be fun, albeit mildly uninspired. The game doesn’t offer any combos to perform and there’s no tangible difference between spamming punches and spamming kicks against every enemy, aside from the latent need for variety. In addition, while the game goes heavy on blood, the camera is too far away by default only zooming in for context-sensitive finishing moves and the last blow struck against a wave of enemies
6/10

The controls are okay, not really much to say about them. It’s easy to learn what buttons do what and how to control them. Could have given us more combinations to add more use of the control. Like Tekken etc.
6/10
Replay Value
The game is just all about doing the same thing and after complete the game on a normal level, it doesn’t really make me want to play it again. It’s not many cutscenes and the missions are just repeating themselves with almost the same targeting. You run around and kill people. So for me the game should have built more cutscenes to trigger some more.
5/10

For me, this is a game you either like or don’t. The game gets quickly doing just button pushing and walk around and do the same thing. The game should have had more cutscene, created a more variety mission and maybe even create your own character and personalize it more. The game is for players that love combat games and gore.
But for me, this game didn’t suit me.