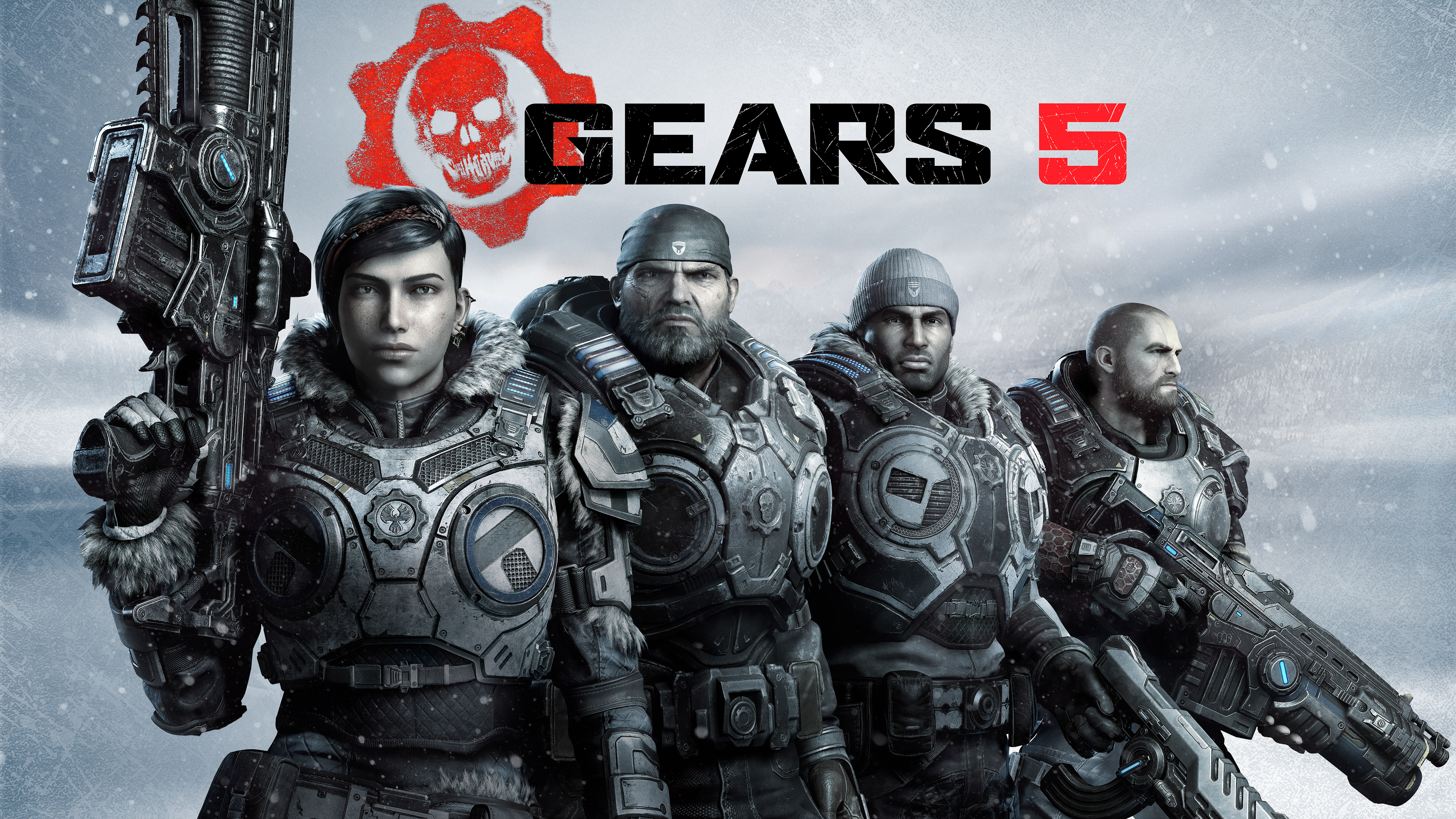 Name: Gears 5
Developer: The Coalition
Publisher: Microsoft Game Studios, Xbox Game Studios
Released: 06.09.2019
Platforms: Xbox One, PC
Reviewed on: PC & tested on Xbox One
Acquired: A copy of this game was provided by a publisher for review purpose

Gears 5 is a huge game with tons and tons of hours of gameplay. I could review this game in three separate reviews, but instead, I figured out I compile everything to a single score. And for the record, my review code included an Xbox One & Windows 10 version (Xbox Play Anywhere), you can also get it on Steam but I recommend using the Windows 10 version if you are playing on the PC.

One thing I’ve always loved about the Gears of War series is the recap video before we head out into our new journey. Gears 5’s story is simple but complicated as well. To try to shorten it up; The Swarn has corrupted the Coalition’s robot army and is now invading human cities, one of our heroes Kait Diaz also uncovers her connection to the enemy and discovers one of the huge dangers to Sera, herself.

Gears 5 picks up right after the end of Gears 4, the plot is interesting at first, I wanted to know more and pushed forward to see what happened next, but after approx two hours it cools down to the ending. The ending isn’t a bad one, it does wrap up a few cliffhangers, but I wished they explored the story a bit more. There are a few focuses on personal motivations and other intrigues but it feels like an evil necessary to keep the storyline going. Overall, the script is a worthy entry to the series and the voice acting is superb.

Gameplay-wise, “you don’t have to fix something that’s not broken”. If you have played the previous titles, you will feel right at home. How the controls perform on the Xbox One and PC is more detailed down below. Gears 5 follow the tradition linear A to B type of game, and that is just fine if you love the series, you will keep on falling in love with it If you’re a newcomer, you will get a fast recap on the story itself, and you will be served tons of action sequences, and that is what we expect from this series as well. The map will open up a bit after the first act but don’t be alarmed, you will still get the same Gears of War experience you are used too.

The newest element to the series is a comeback from the original trilogy, our trusty hovering robot Jack. During our journey, we can collect components that we use to upgrade Jack’s diverse abilities. Yes, Jack is a fully playable character with his own skill-tree!

Jack flies around zapping enemies, he can use cloak, revive teammates, create a barrier, use stim and more. (Which creates a great support character for your girlfriend to play as)
8/10

It is here Gears 5 truly shines, there is a lot to take in the first time you enter the multiplayer. Because there is a broad amount of modes in both PvP and PvE. (Player vs Player, Player vs Environment) So let’s just dig into the diverse modes.

Campaign
Yes I know, we already talked a lot of the campaign mode. But, the campaign mode is completely a singleplayer experience. The exact same story can be experienced with up three friends offline and online (couch co-op/split-screen, Xbox Live). This creates a great scenario of communication, strategy playing, especially with the help of the playable character Jack.

Escape is one of the new modes in Gears 5. Three players enter an enemy Swarm Hive and have to cooperate to take out the hive from within. From the start, the players (automatically) plants a gas bomb that explodes the hive and then the players have to escape the hive to survive. And escaping is not an easy task, the Swarm is blocking our way to the exit and fights back with everything they got.

This mode is a superb addition for players who like playing against the computer (PvE) better than playing against other players. It requires teamwork (if you play on higher difficulty) as ammunition is low and the enemy count can be high, and the nervous and adrenaline I felt while running towards the exit while the gas and enemies were swarming behind me was an experience I will never forget.

The map builder is incredibly easy to use, and extremely fun once you finally satisfy your inner perfectionist.

Horde is the other PvE mode I spent a lot of hours playing, which might have occurred because each match might have used approx 2-3 hours every time. (Yes we were that good, I promise)

You and up to three friends have to defend yourself against waves of enemies by building defenses, collecting powers, and leveling up your skills. There is a total of 50 waves with enemies and bosses who becomes stronger and stronger for each wave.

This mode is the PvP (Player vs Player) experience that every player from casual to pro might also spend a lot of hours. There are new maps as well as some classic maps from previous titles, you will experience up to ten different game types as well a lot of diverse rewards such as cars, banners, skins, camos and much more. Cards can be used to improve your chances in for instance ‘Horde’ mode. One card can contain more dealt with damage, improved melee damage, there is a lot of different cards, so start collecting.
10/10

Gears 5 is a stunning looking game for the Xbox One console. It might not be the best-looking one compared to other exclusive titles on other platforms, but it is the best-looking title for this platform. Beside me always thinking of “Wrecking Ralph” every time I see the character’s hands, all of these muscular soldiers have great 3D character models and textures.

The minor details on their suits are well detailed, and some changes from previous titles are improved for the better. There are some environmental objects and vehicle models that might be a bit weird looking, for instance, I found the helicopters to be a bit boxy? Is that weird of me?

Sound design is ambient and mysterious, just as I like it. But the soundtrack moves from being adrenaline full music to uninspiring music which might have been helpful on diverse sequences to create even more interesting scenes.
9/10

I’ve tried out Gears 5 both on Xbox One and PC. I also tried to play the game both with controller and keyboard & mouse on the PC version as well. Both scenarios work great. The control schematic for the controller is the same on both versions, and same as with the gameplay, “no need to fix something, that ain’t broken”. Buttons are responsive and accurate in both versions. Using a keyboard is customizable, but to be honest, I personally found playing Gears 5 with Keyboard & Mouse weird, but it works.

The accessibility for the controller is great, you can remap the buttons, use single-stick movement, there is adaptive controller support, a narrated UI and menus, and a lot more.
10/10

There is a lot of replay value in Gears 5, especially in multiplayer. Create or test out player-created Escape maps, level up your diverse roster of characters to earn the different abilities and skins. Level up your profile and collect cards that you can use in versus mode, horde mode and Escape. By completing the diverse modes, (campaign, horde, escape) on higher difficulty and with friends bring higher-quality rewards as well. There is a lot to do in Gears 5, yes there are some microtransactions, but I didn’t even notice them nor felt the need to use them. You will be stuck for several hours in, so I will easily say you’ll get your money’s worth.
10/10

Gears 5 is packed with content, not only might this title to be one of the greatest one in the series, but it is also a hugely needed exclusive title for the Xbox One.