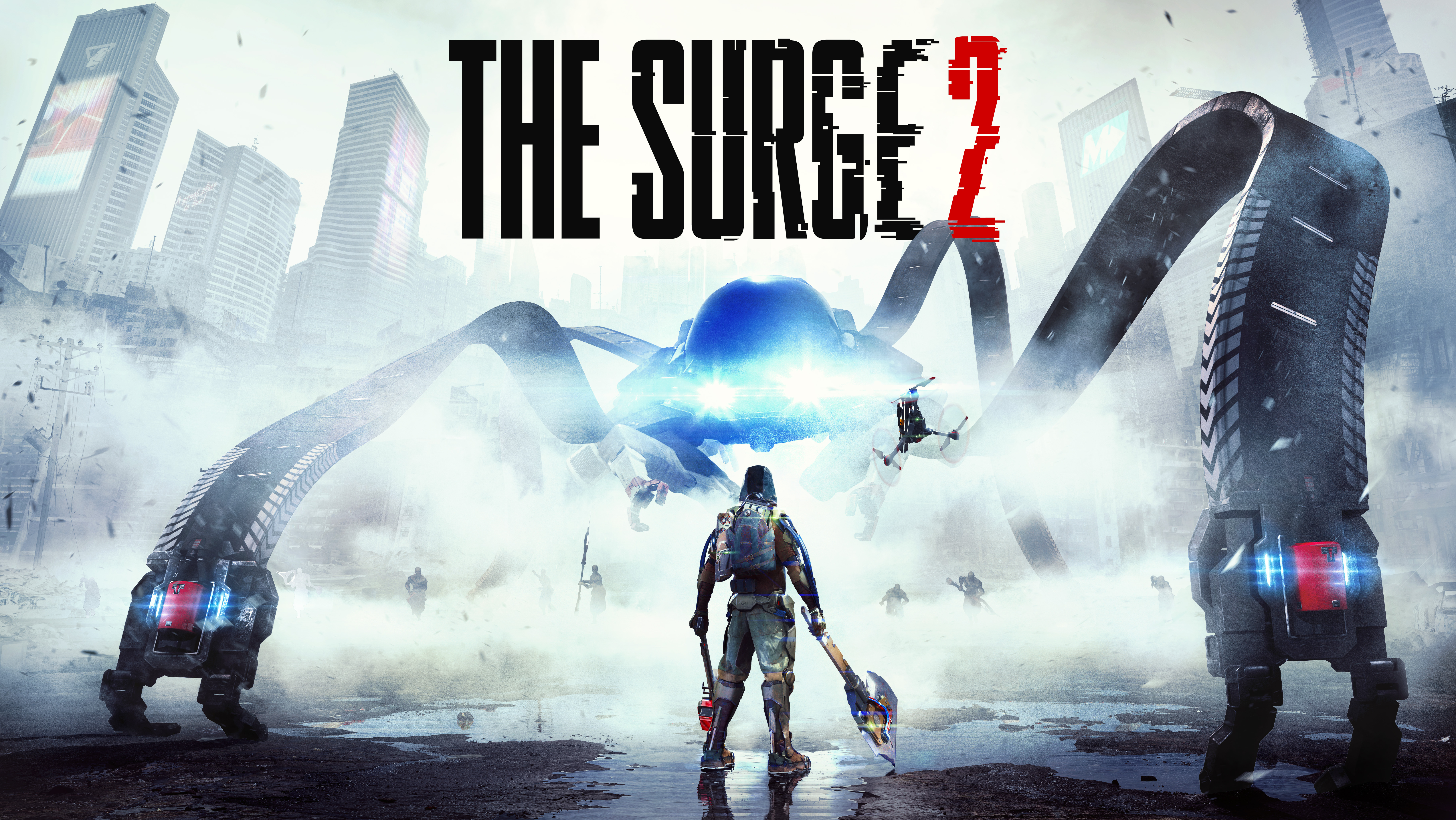 The Surge was a welcoming addition to Deck 13’s list of games and became a huge success in my opinion. I gave this title a 9/10 when I reviewed the first title, will the sequel be able to follow that trail?

“A mysterious storm causes your plane to crash in the outskirts of Jericho City. Weeks later, you awaken in a crumbling metropolis overrun by a deadly nanite-based disease. Rampant machines roam the rubble, military forces carry out mysterious plans, and survivors are left to fend for themselves. Above the city, an ominous, expanding nanostorm darkens the sky… Jericho City needs you.”

That is the main setting for the plot of The Surge 2’s story. As you can wander around as you wish, enter areas with even more advanced and stronger enemies you might find recordings and Ecco’s telling bits and pieces of the story, giving me spoilers of the story or even just out of order. This is one of the main issues I’ve encountered with the story, on a more personal note, I don’t like the way the story is presented in The Surge 2. It’s presented by talking to NPCs (which is really uninspiring as the conversations mainly go by reading the text and listen to the monotonic voice acting.), collecting recordings laying around the city, and finding Ecco’s showcasing diverse scenarios from what happened as the storm took over the city.

I can accept this way of presenting a story, there are other huge games that tells its story the same way, such as Dark Souls. The second main issue is that every recording and Ecco tells the story that surrounds building up the world instead of telling us a great written script.
5/10

The Surge 2 has managed to create a varied set of environments to keep things more interesting and engaging, and it is by far an improvement over the original. In the original I encountered a few issues:

“A confusing level design some places, and some smaller drop in textures and animation, but not crucial for the gameplay experience.”

In the sequel, they managed to improve the animations and they also managed to get rid of the framerate drops in the textures. The level designs aren’t that confusing anymore, but the flaws lay on uninspiring level designs. That’s necessarily a bad thing, as they do manage to nail the basics of creating a world worthy of exploring. I’m not sure if my TV settings and PC monitor settings are wrong, but I’ve also encountered a lot of blurry textures and brightness issues (too light)

The music, however, is something I could listen to for hours. Not sure how I can describe it, but it just hits the perfect buttons in my head.
8/10

Again, as in the original, the story is a missed opportunity. But the gameplay stays strong as in the original. The only thing is, that there isn’t much different from the original to the sequel. One difference is that we can now create our own character (very basic character customization) instead of jumping into a pre-made character. Another difference is that Deck 13 has removed the weapon specialization, this is a good thing. In the original game, I could pick up a weapon and stick with that through the entire game, now I’ve had to upgrade a diverse set of weapons to fit diverse playstyles.

One thing that hasn’t changed a bit is the diverse armor/weapon sets for the different playstyles. Heavy gear for a more of “tank” type of playstyle, or maybe a more lightweight for faster movement etc… This hasn’t changed at all, the only difference is that The Surge 2 pushes you to experiment with the different combinations and play styles. One feature that has been added is the ability to “fast switch” between weapons and armor sets without pausing the game or visiting your Medbay. (your checkpoint/spawn point and place to upgrade your suit)

Blocking has also received a new feature, similar to For Honor’s system. While you block, an arrow showcases where your enemies attack will come, so by using the right stick to move in the same direction you’ll parry that attack.

It’s a bit hard to talk about the gameplay as it hasn’t changed a lot. There are some minor improvements on the gear you find as you can create a setup that heals you and grants you minor bonuses in combat, you couldn’t do that in the original. Deck 13 did manage to get all the basic’s right for a souls-like type of game with a different setting, and they did manage to this in the sequel as well, and I still enjoy it, slashing through the enemies to get that single part of armor I need. It’s fun, but I’ve played it before and, it’s just in a different environment.
8/10

Controls felt responsive and accurate once I’ve managed to cool myself down. I learned pretty fast that spamming buttons is a no-go. Be patient and plan your move.

The schematics are easy to learn but extremely hard to master, The Surge 2 is a souls-like type of game. One button for light attack, one for heavy attack, dodge and block with a limited amount of stamina. It is also a feature similar to the Fallout series, where you can target specific parts of your enemy body.
10/10

For me, The Surge 2 is the souls-like experience that is the replay value. Defeating a boss on higher difficulty is enough to provide me a sense of accomplishment. There are, of course, the element of collecting sets of armor and weapons. But for me, after completing the story once, it’s the feeling of accomplishment of defeating the enemies on higher difficulty. This might not suit everyone, but the experience is worth it.
8/10

It might not add a lot of changes to the series, but it does get the basics correctly. The looting system is improved and more interesting, as of the creation of diverse playstyles. But sadly, there isn’t a lot of changes that will give you a fresh look at the series. But The Surge 2 is a great souls-like type of game, and if you enjoy this genre, you might fall in love with this one.