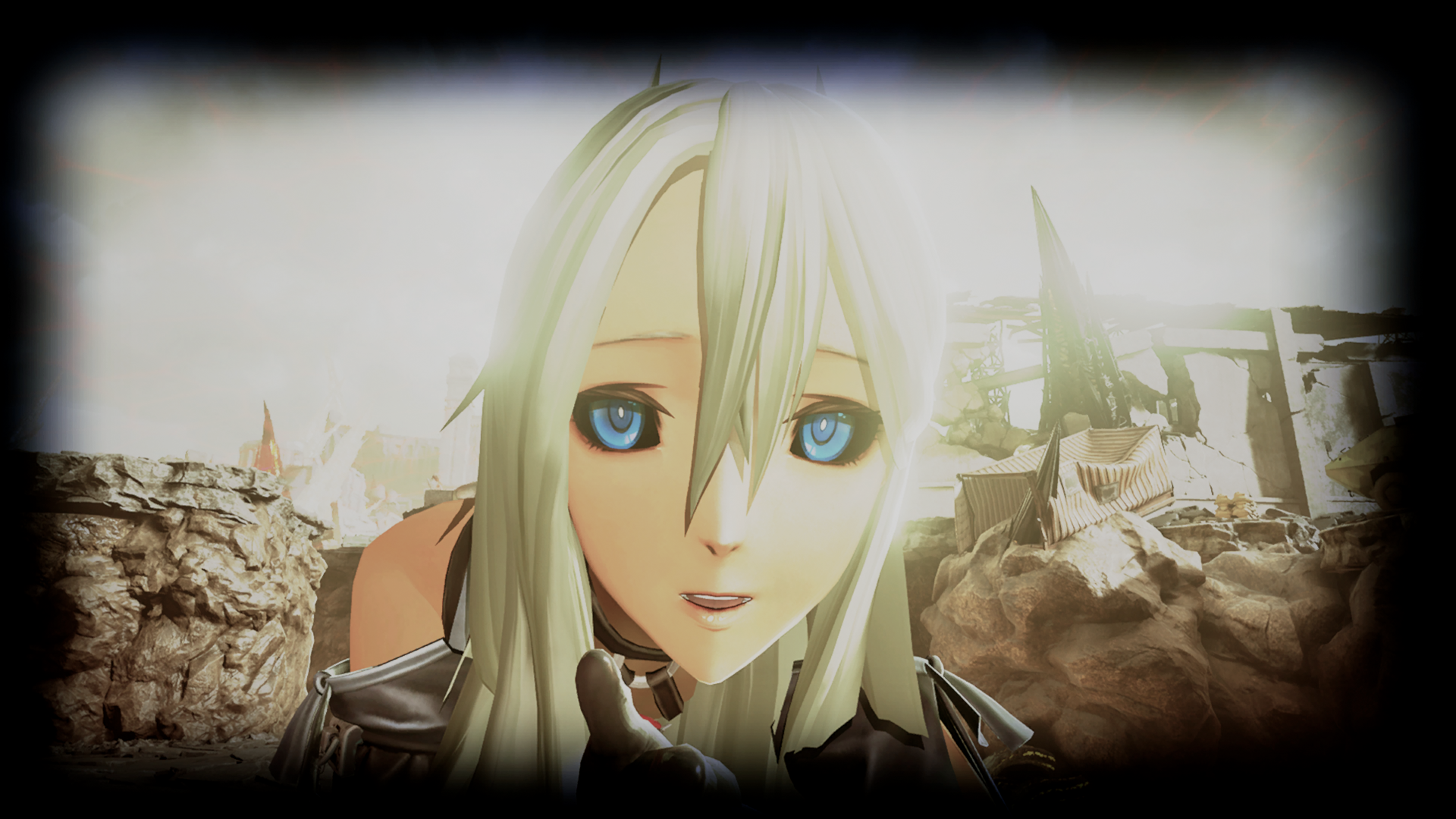 Bloodborne is one of the best games I’ve ever played, hands down. Since I first played it in 2015 I’ve become a huge fan of the SoulsBorne games. Code Vein claims to be just that, a SoulsBorne(esque) with a mix of anime-like story and look, and more focus on the multiplayer part. How does it compare to FromSoftware’s masterpiece of a series? Time to find out!

Code Vein’s story does start out very confusing, at least for my brain. It starts out quite cliché, with your character waking up without any memories, together with a very busty girl who claims to be your companion. You quickly learn that you are a so-called Revenant, an undead who feeds on blood.

After a quick “tutorial” dungeon you get together with a band of allies who sense that you are someone special, that can help the world become a better place for everyone. And they send you out and about on quests to both save the world, and find out what is happening and how the Lost came to be.

In addition, there are a lot of side stories, which focus on the background of the other characters in the game. In a, quite weird, dream-like sequence you’re transported to a pathway where you are able to look back on that character’s memories and life-changing happenings. I did actually really like it, and it did break up the flow a little bit, with very calm, and often serene, scenes right after a major battle.
9/10

The graphics in Code Vein are based on cel-shading. Or at least some sort of that modeling type. Looking like a mix of a modern post-apocalyptic SoulsBorne and Valkyria Chronicles 4. I very much liked the way the characters were modeled, as they all had a similar, yet unique look to them. And talking about characters, holy moly, the character creator in Code Vein is simply amazing. As usual, I fell for the crazy hair colors and goth makeup, and I ended up looking like Chloe Price… But I’m a serious (somewhat at least) game reviewer and decided to see how many different looking characters I could make, and they all came out very different, yet they all seemed to fit into the world.

The sound design too is very good. And although I obviously can’t say for certain what kind of noises ghouls and “Lost” would make in real life, they seem fitting in the game’s setting. The noises, sounds and creeks the game world itself makes also feels very fitting and when you sneak around ruins and are getting lost, it’s good to be able to for example hear where the river you’ve been following is (like, on the left, right, above, below, etc.), which allows for not only your eyes to be a way to explore the map.

There’s one thing I didn’t like though, the re-use of enemies. Sure, I get that these Lost would look similar, but I wish there was some form of development as you progressed in the world. Why the first enemies you meet are exactly like the ones near the end is a question I’ve yet to find a good answer to.
8/10

If you’ve played a SoulsBorne game before, you know what to expect from Code Vein. As an action-RPG, with a focus on difficult bosses and finding new weapons, armor and Blood Codes, Code Vein has very good gameplay to it. Although the leveling system, which is accessed by resting at Mistles, is inferior to the one in the SoulsBorne games (more on that below), the Blood Codes was a cool feature to play around with. Unlike the SoulsBorne games, Code Vein focuses a lot of constantly having a partner, and although the game is playable all alone, it is definitely advisable to have a companion, either AI or a real one.

Instead of having points of dexterity, stamina, etc. Code Vein allows players to constantly change up their stats by changing between different Blood Codes. I do not know exactly how many there are. In my playthrough, I’ve found 21 of them, while I’ve seen that other reviewers have claimed to get more than 30. Anyhow, this allows for several playstyles in each playthrough. Say that you’re stuck on a boss, you can then change up your Blood Code in order to get a different angle of attack. Although there are loads of different Blood Codes in Code Vein they all pretty much come down to three different playstyles – tanking, magic and rogue. I ended up using one of each type in order to get through the different bosses but mainly played the tank-style.

Unfortunately, I had one quite big issue with the gameplay in Code Vein. The lack of feedback when hitting enemies. There’s no real difference in light vs heavy attacks, other than the enemy’s health going down a bit more with the heavy attacks, and the attack speed dropping quite a lot. The enemies never get pushed back or staggered, even when hit with a weapon made from a freaking concrete pillar(!). I also found the AI companions to be overly aggressive, and constantly finding themselves close to death, since they never dodged or learned our enemies’ attack pattern.
8/10

This section is where I was very pleasantly surprised by Code Vein – although the default controls were not to my liking, the customizability more than made up for that first impression. Almost every single button can be programmed to your liking (there are a few “rules” to play by, but it’s natural for those buttons this applies to, to be in the area which the game demands them to be). In my case, I wanted to go for a SoulsBorne-like control schematic, with R1/R2 being light/heavy-attacks respectively.

I really just have one complaint, which is partially controls, partially gameplay – the fact that my character was a bit slow to act to the input from the controller. It’s not a massive delay, but enough for me to die quite a few times because my character didn’t evade quick enough once I pressed the button.
9/10

As you’ve probably realized by now, I am comparing Code Vein to the SoulsBorne games, since they are the benchmark in the genre. In the SoulsBorne universe, you could have several playthroughs with different character builds with leveling up individual stats, Code Vein doesn’t allow for leveling up stats individually, instead, it levels up health, etc. In order to have different play styles, you instead have Blood Codes. Here you can have codes that allow for heavy stamina usage or more ranged “magic” builds. Although I do prefer the SoulsBorne way of making replay value, I will say that Code Vein’s way to do it was surprisingly effective and cool.
7/10

All in all, I must say that Code Vein is a very good game. The story is interesting, albeit a bit difficult to understand at first. The game looks great, with a character creator that comes second to none. The gameplay is fun, if not perfect, and the controls are really good too. I do wish the developers had gone for a more Souls-like leveling system, and the friendly AI definitely needs some work. In addition, I do think there should be more diversity among the types and looks of the enemies.

That being said, I had loads of fun during my playthrough, and I will most definitely visit again. If you are into the SoulsBorne games already, then I can safely advise you to try Code Vein as well. I do suggest newcomers to the genre to play Bloodborne first though, as it is a bit easier to get into the type of fighting there, before sitting down with this.