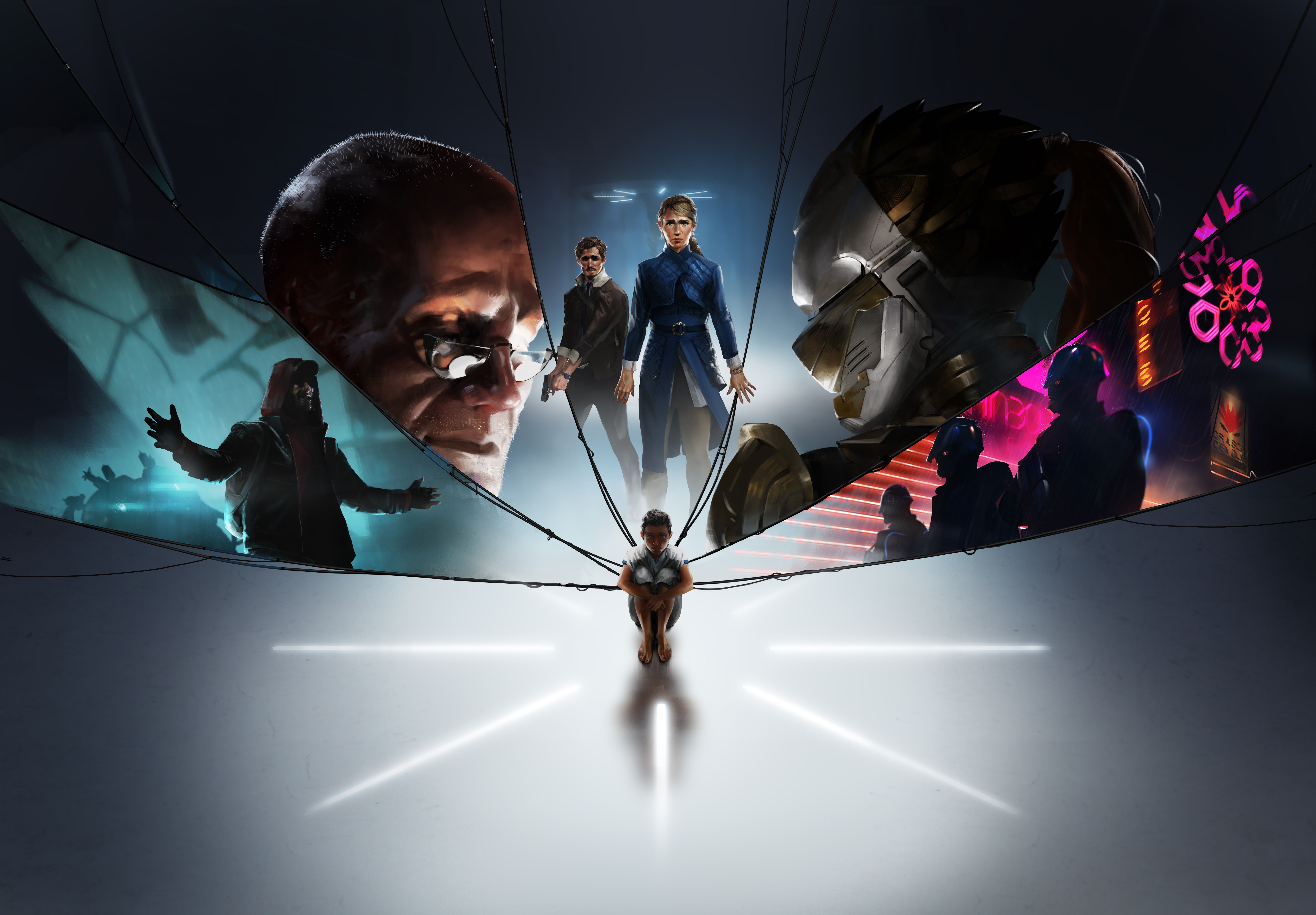 Name: Rain of Reflections: Chapter One
Developer: Lionbite Games
Publisher: Lionbite Games
Released: 20.09.2019
Platforms: PC
Reviewed on: PC
Acquired: A copy of this game was provided by a publisher for review purpose

There’s no secret that I like myself some story-heavy games. Life is Strange, The Council, The Walking Dead, they’re all among my great gaming memories. Rain of Reflections is also a story-heavy game, but with turn-based tactical gameplay in-between the story sections. Time to find out if this is a killer combo, or if the game still needs some work.

As a lot of other story-heavy, episodic games, Rain of Reflections falls into the trap of stuffing way too much into the first episode, there’s a lot of names I’ve already forgotten, there’s some story that has been too vague and not focused enough for me to have the time and energy to follow up with. And although that might be a negative thing in the short run, I am still hopeful Rain of Reflections will do a Life is Strange, and use all of this info later on, so that you have a reason for feeling like a tornado went through your head, once you’ve more into the world and know who people are.
7/10

It’s always difficult to review a game made by an indie-studio. Do you cut them slack for not having the budget (and time) to polish their game like a triple-A studio? Or do you judge them by the same parameters? I’ve decided for a bit of a mix, but mostly the latter option. Therefore, this might seem a bit harsh, but please remember how high the bar has been set.

There are several animations that are far from smooth, for example when turning around when walking, and when you sneak around during confrontations. Furthermore, the facial animations are far from perfect, with the lips being out of sync, and the heads not really fitting the bodies on which they are attached.

That being said, there are positive things to be said too. First of all, the world Wilona lives in – it feels realistic, and a possible dystopian future for humankind. Every object and person in the world seems to fit, and nothing seems out of place at any time. The world in Rain of Reflections also features a sound design which not only feels futuristic and dystopian, but also works as an extra way to make the player get certain feelings, for example with sound cues that freaked me out at more than one time.
7/10

I will admit I wrote the same in the preview of Rain of Reflections, but I still stand by this, and since I’m late already, I’ve decided to quote myself; A mechanic I really like is that your choices, when it comes to talking with NPC’s, can come back once you’re in a “confrontation”, aka the turn-based tactical part of the game. This, the game accomplishes by allowing Wilona to refer to what has happened earlier when trying to talk to each other up (or the opposition down). Another thing, although I haven’t technically been able to try it myself, I liked was the fact you can leave teammates (in lack of a better word) behind on the battlefield if you choose so. For example, that can mean that Luca is no longer with us in the story, and is no longer a usable companion. How this affects the game further I am unsure of, but it seems like a very cool mechanic so far.

In addition, Rain of Reflections features some puzzle sequences which, honestly, feels a bit out of place. By themselves, they’re rather cool and interesting, but it feels like they’ve just been added without any reason other than it being (minorly) harder to access files left behind by the “bad guys”.
8/10

Controlling Wilona is easy. Walking around, Rain of Reflections, takes a page from the “book of old-school”, with clicking on where you want Wilona to go. There’s not really any hocus pocus to it. It’s simple, and it works.

In addition, Rain of Reflections, features turn-based fighting segments. I am not quite sure what the correct term is, but think of it as a chessboard, but with a three-dimensional map, where players can hide behind walls, benches, etc. If you’ve played (or seen anything from the gameplay in) Mario + Rabbids: Kingdom Battle you know what I’m talking about. Anyways, controlling Wilona and teammates in this segment works very well, with an easy-to-use interface, but also some well made tactical advancements to be made if you’re smart enough (smarter than me, in any case) and although I am far from a great tactician, I got through the fights easy enough, albeit with a few resets when I screwed up.
9/10

Now, it’s difficult to say how well the replay value works, since this is the first episode. That being said, I do see myself playing Rain of Reflections more than once (when I’m less busy with life), trying to leave behind teammates (which I wrote more about in the gameplay section) to see how that affects the story. Until then, I’ll have to settle for a “how it looks so far” score, but I will be sure to update this if it changes once I’ve played through the game again.
7/10

First and foremost, Rain of Reflections: Chapter 1, is just that – a first chapter. It uses quite some time to get going, and it does force a lot of world building stories at the player in a short matter of time. Once through that phase though, Rain of Reflections starts shining, and quite brightly too. With an interesting story, good gameplay and an easy-to-learn tactical fighting part. Both Wilona and the other NPC’s could use a little more time in the mirror, and to work on their facial animations. But it’s nothing that can’t be fixed, and it’s, for example, much better than Mass Effect: Andromeda was at launch. I am definitely looking forward to the second chapter, and will definitely play it as soon as it launches.