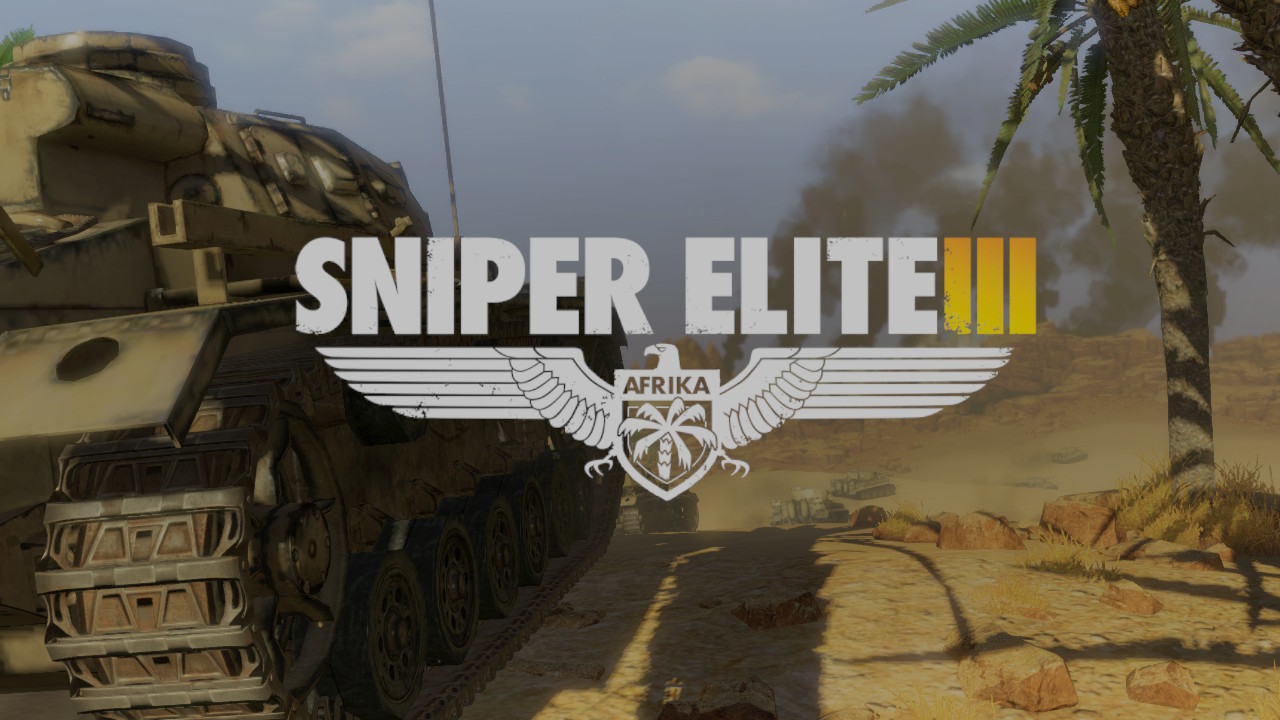 I’ve played a lot of Rebellion’s games lately, everything from Strange Brigade, the Zombie Army games, and the Sniper Elite series on both PC, PlayStation 3 and PlayStation 4. So I would say I begin to be familiar with Rebellion’s formula of gameplay mechanics and graphics. But the question I’m asking myself now, can I get the same experience on the go with a Nintendo Switch?

For those of you who aren’t familiar with Sniper Elite 3, this title originally released in 2014. It’s a stealth third-person tactical shooter where our hero must defeat the Nazis in Africa during World War 2. Both critics and players fell in love with this title’s approach of free-roaming, as the previous titles were more linear. At the time, the graphics and animations were great, but the story could have been more interesting, as the level designs could get a bit repetitive.

The developers have done an awesome job porting Sniper Elite 3 to the Nintendo Switch, everything runs smoothly, especially in handheld mode. Also, as a Switch exclusive, the Joy-Cons have HD rumble which granted me a rumbling feeling while I was zooming down my scope, I felt my character’s heartbeat pump faster and faster the more I held the scope down. There is also the support of the Pro Controller as well, it works smoothly, but I recommend playing with the joy-cons to really get the “handheld feeling”. Another new great feature is the gyro-controls, which means that with both the Pro Controller and Joy-Cons you can use motion controls while aiming to really get that perfect head *nut* shot. (It shall be said that the Nintendo Switch Lite doesn’t have this feature.)

You will get all the released DLC’s as well as the main game (duh..), so even though the main story is short, you will get a lot of great content. The Multiplayer is a treat, you can either play up to four players locally, eight players online or two-player co-op.

The AI (or in common tongue, your computer enemies) wasn’t top-notch in the 2014 version, nor is it top-notch this time either. You can shoot an enemy right in front of another enemy and still get away with it without getting detected. And even though the stealth mechanics have received some new elements to improve the stealth gameplay, the enemy AI intelligence holds back the experience.

It’s over five years ago since the release of the original title, so it’s said that the graphics might be outdated, in some titles the graphics are enhanced, remastered, or even build up from the ground up. But in Sniper Elite 3 Ultimate Edition that is not the case, there are a few rough edges, some blurry textures, and some weird animations, a typical PlayStation 3 graphics.

Sniper Elite 3 fundamentals are still there and great to experience once more for veterans of the series. Newcomers might find the story shortcoming, and some of the graphics outdated, but that is being expected as a ported title from a 2014 title. That being said, Sniper Elite 3 Ultimate Edition is a great port that runs smoothly even in handheld mode and the Nintendo Switch exclusive features are great. If you love the series, or just love stealthy sniper games, I would definitely recommend this one.