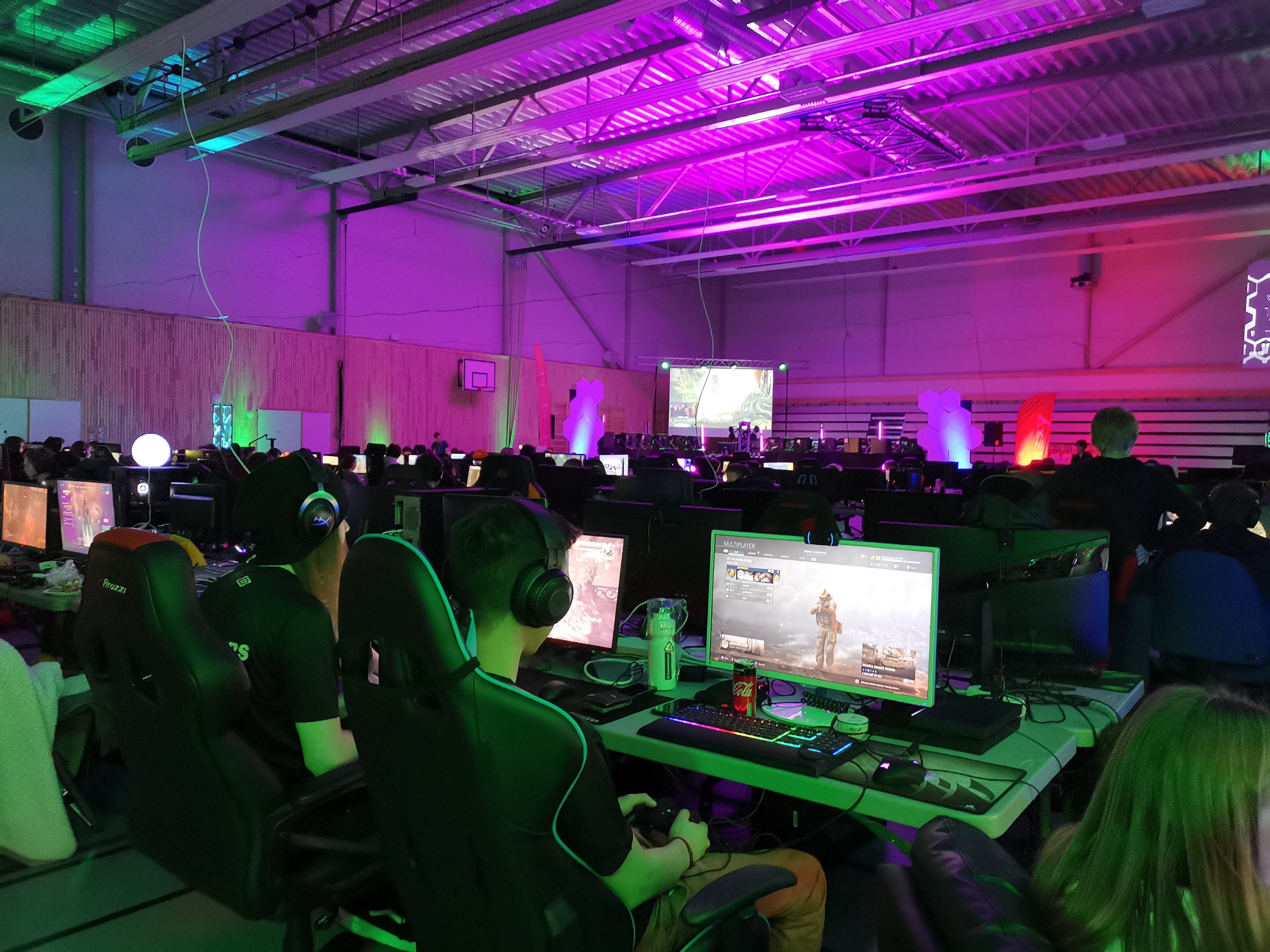 Our biggest event The Hive: Drammenslanet 2019 kicked off November 1st, where 200 children & youths barricaded themselves inside “Øren Flerbrukshall” to play video games and compete in diverse competitions.

We’re a proud co-host and contributor to this annual event, and as usual, we had our own booth during the event with our own minor competitions.
Not only did we broke our own records on how many attended our competitions, but we also got the opportunity to be a part of the official Tekken World Tour.

Rankings, positions from the World Tour can be found here.

This year we managed to put our own Pikachu back in his Pokeball, but sadly The Hive’s older brother Pikachu escaped his habitat!

Luckily,  one of the attendees managed to locate him inside the building hiding (even though he escaped a lot during the event) and got his finder’s rewards.

As I mentioned, we managed to break some records this year. Our real-life Mario Kart competition almost 30 attendees!

Mikael S proudly walked away from our booth with a shiny trophy and digital video game codes. Daniel who came in second place left with a Rage 2 T-shirt and Rage 2 mini buggy. We will definitely do this competition again!

There were a few “main competition” as well on the main stage, such as Overwatch tournament, League of Legends, PUBG, and Rocket League. (Yes, we did provide them with some diverse merch they could use as diverse prizes) But for us, the main event on our booth was the Mortal Kombat 11 tournament. A lot of people had their eye on the first prize, an MK11 Collector’s Edition which contained no other than a Scorpion statue.

You might have guessed right, Mikael S who won our Mario Kart tournament also won our Mortal Kombat 11 tournament!
How did he manage to win? Well, he said he had a lot of training sessions by playing the game on the Nintendo Switch. Maybe next time he will get even better, as he also got himself a Mortal Kombat 11 digital code for the PlayStation 4 after winning our tournament.

We didn’t get a lot of contenders on our FIFA 20 tournament (Whaaat?!)
But Lasse showed class and won our gold medal and some merch to bring back home.

Our last tournament and an internal feud between Ulvespill crew members and “Elkjøp” (Elgiganten – Electronic store) and lots of other contenders. Oger from Elkjøp proves yet again that he is the Call of Duty king when it comes to our Call of Duty tournaments on these events. This time we had 1v1 on the new mode Gunfight.

A big thanks to our sponsors!
Without them, we wouldn’t be able to create and provide you guys such awesome prizes to our events.