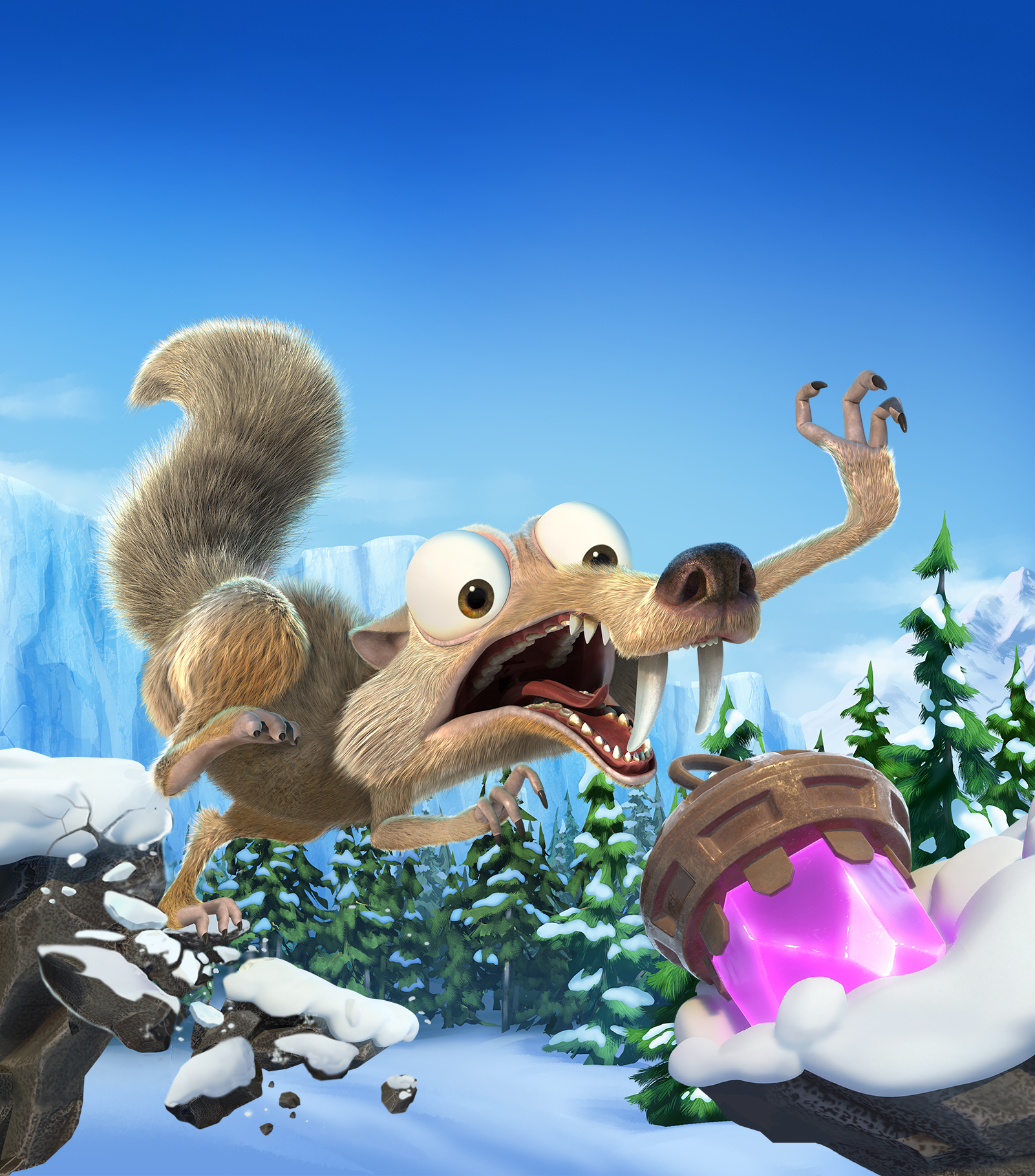 Kids deserve video games as well, so why not create a movie licensed game based on a popular kid animation like Ice Age? But the question is, do they deserve this?

The plot isn’t something they can brag about, as the extent of Scrat’s Nutty Adventure is pretty much that our little hero Scrat has to collect four crystal nuts. Scrat encounters a ruin when hunting for nuts, the “Scratazon” ruin. It turned out that Scrat is a part of an alien species which looks like a weirdly looking female and male squirrel. Scrat has to collect the crystals so that they can once again return to a golden age.

It doesn’t take long to finish the game, it took me approx three hours and the storytelling is almost absence after the very first minutes of the game. So it’s easy to say that the story here is easily forgettable, but sadly also impacts the interest of completing the game.
3/10

I’m not sure if I should get started on talking about the graphics or art direction in this game. I know that I can’t expect much from a video game title based on a popular kid’s animation movie. But there should be limits on what is allowed to be published, especially for kids.

The 3D character models, environmental graphics, the overall graphics look more and more like a mid-PS2 title than a late PS4 title. That being said, Scrat himself has a decent enough 3D character model and texture. But the overall texture is blurry, and all of the other character models seem unfinished. The ambient sound design is unbalanced, some of the sounds even linger behind what happens on the screen. Volume keeps going up and down all the time, which is really frustrating, especially since there are no settings to change the sound settings.
3/10

Ice Age Scrat’s Nutty Adventure is a really basic 3D platformer game meant for kids. But the experience is nowhere near as good as other kid-friendly platformers on the PlayStation 4. After my whole three hour playthrough (through the entire game!) I didn’t feel a sense of progression or accomplishment, so I thought maybe this is really for the small children.

But then I came to think about my old 3D platformer games such as Crash Bandicoot, Little Big Planet, and Ratchet & Clank. So it is possible to create an awesome kid-friendly platformer game, this one isn’t it. For me, and for kids who tried it felt like the game was unplayable as the camera movement was bugging, hopping and extremely slow. You can move the camera a bit to the right, the camera slowly begins to move to the right after a few milliseconds after you pressed the button, and then SWOOSH it moved to the god in heavens where. The response time on the controls and the constant frame drop really ruins the experience.

Trying to see the positive side of the game, there isn’t a lot of different characters in the game. For kids that might be a good thing, but it also might give the incredible repetitive feeling as well.
2/10

As mentioned above, the response time on the controls is catastrophic. Jumping on edges and moving platformers need extra attention as you need to time the delay in the controls as well. The schematic, however, is easy to learn, X to jump, Square to attack, R1 to dodge and left/right stick to move the character and camera.

I’m incredibly harsh when it comes to this game. And I stand by it, hardcore, core and kid gamers shouldn’t be near this title at all. Kids deserve better than this!

Looking at it objectively, you collect diamonds and nuts to unlock artwork from the game, but that is about it.
1/10

They should have kept this one on ice. It might seem like Scrat has put his nut down on this game and created a fallout of cracks.