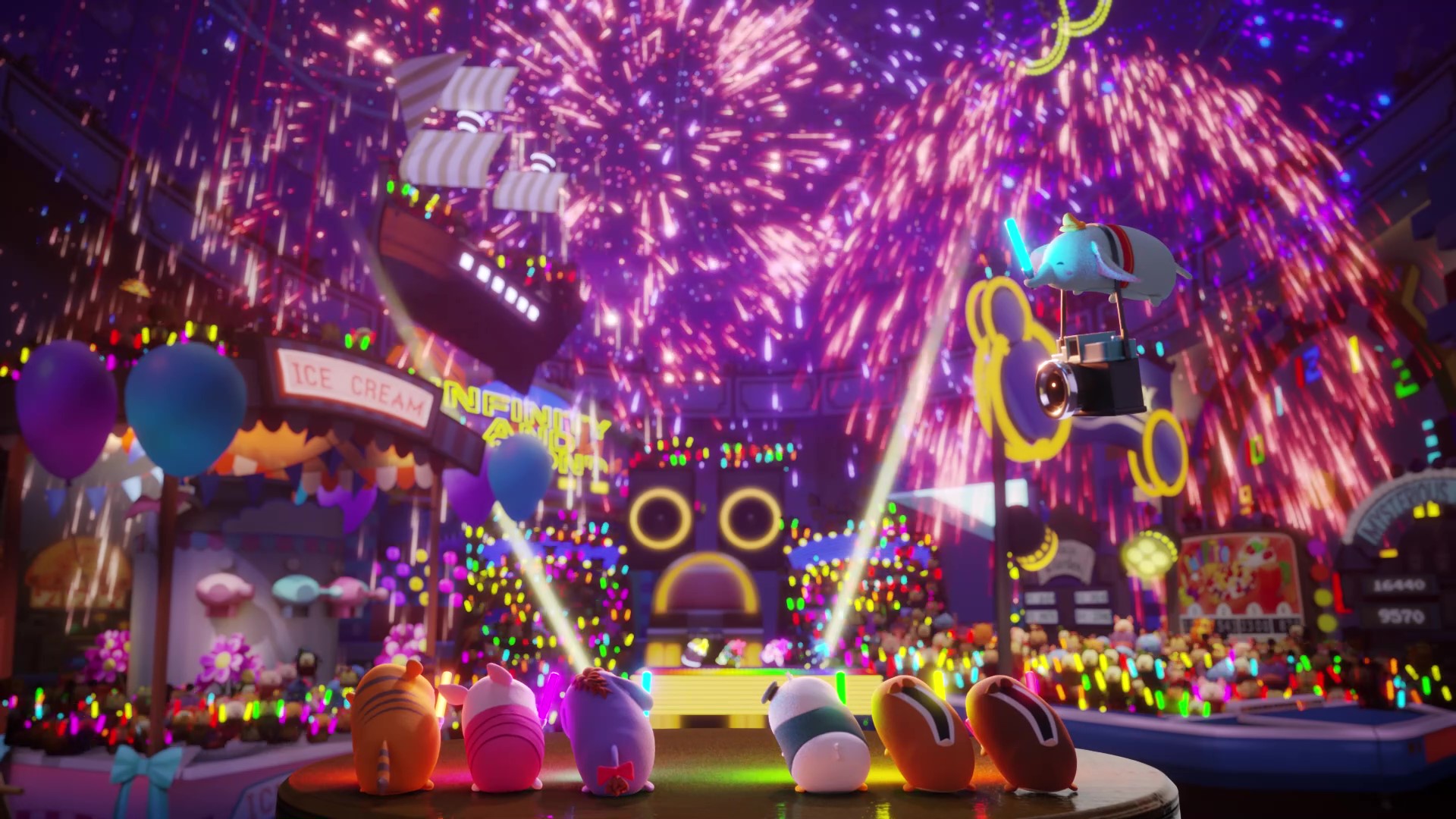 I really like party games. They bring people together and are way cooler than pulling out a dusty old board game. Disney Tsum Tsum Festival is like a Mario Party game targeted at children. So let’s see if it was able to awaken my inner child again.

Although this game is mainly aimed at younger audiences, it seems like they have done some work in making the game look crisp and playful. The characters and backgrounds are in beautiful 3D. The game looks like it is taken from a child’s imagination with happy colors both on the levels as well as the characters themselves.
6/10

I cannot talk about this game without mentioning the biggest issue: the loading times. Whenever you go to or from the main screen: Loading screen. You’re done selecting your characters? Loading screen. And they tend to last for quite some time as well. All those loading screens kinda brings me back to the old PS1 era.

The game sports several minigames. My favorite was the Bubble Hockey game, which is more or less like an air hockey game. You have the Tsum Curling, where I not really understood how to pitch the stone in a different place than the center. For a nostalgic feel, I went for the Tsum Chase, which is basically Tsum Tsum’s take on Pac Man.

Ice Cream stacker, where you try to balance ice cream balls on a cone takes good advantage of the Joy-Cons gyro. This was actually a fun and competitive mini-game that I played a lot.

From the trailers, you’ve probably seen the Tsum Tsum Mania. Here you use your Joy-Con as an old fashioned IR-gun and try to shoot the objects as they appear. However, this is where I had the most issues with the game not registering my moves.

The game has flashing neon-lights, pulsating music (I’m so tired of the Mickey Mouse Club melody now…), and fast mini-games. It is hard not to get hyped when playing the game with the family. And that’s the keyword here: Family. The game is best played with the whole family around the TV, even though you have the opportunity to try to face off against online competitors.
5/10

Having owned a Switch for a while now, one of the things I really miss is the use of all the possibilities with the controllers. That being said, a lot of the games don’t seem to register the movements properly when the mini-game requires you to do a specific move. This was especially noticeable in the Tsum Tsum Mania mini-game where the reticle was unresponsive to my moves.

Also, using your expensive Pro Controller is a no-go. In this game, you are stuck using the Joycons. I really don’t see any big issues with this, considering the game is mainly aimed at the younger audience.

The controls are mostly intuitive, and you get a brief explanation of what each button does before the level starts.
7/10

Unless you’re under the age of 6, I doubt that you will pick this game up more than once. The competition is a lot better when it comes to replay value and entertaining the older audience. The game also falls into the pit where it has focused on the number of mini-games rather than creating a deep experience.

However, I don’t think this game will be dusting away on a shelf if you are part of the younger audience. The game is entertaining and there’s a lot of characters to unlock. The game has the potential for several good gaming evenings if the adults join in.
6/10

Disney Tsum Tsum Festival is a game that just doesn’t make the cut when it’s compared to Mario Party. The younger audiences might find the game entertaining for a while, but the game lacks the depth of the mini-games to make it stand out amongst the competition.