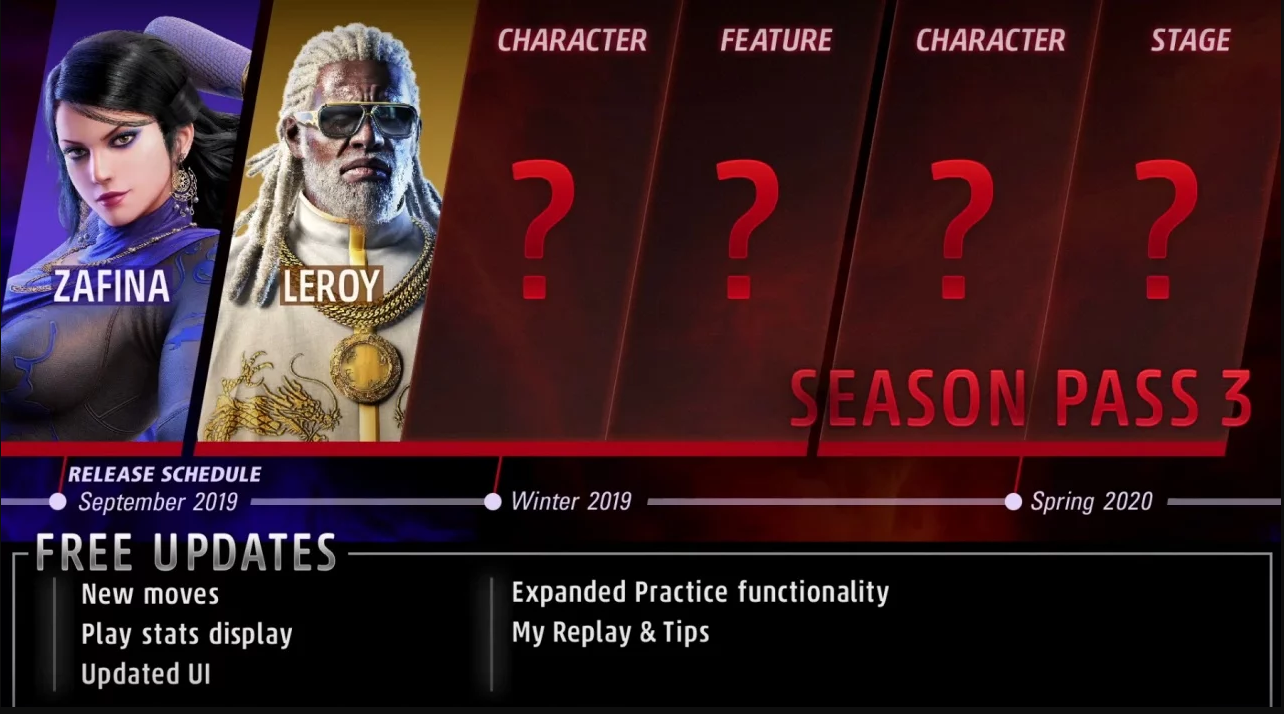 Today Tekken World Tour was held, and no surprise there were some announcements when Katsuhiro Harada entered the stage. Basically, everything that was left of the season 3 pass is now announced, and much of it will already arrive in two days.

Firstly a new trailer for the already confirmed character Leroy Smith was shown, which really showed what this guy has to offer when he arrives.

Then an old friend will make a comeback, who is that you ask well our favorite Sumo Wrestler Ganryu. Sporting a new look and now has a beard, and apparently vlogger for his own site.

Last but not least a new original character is announced, with his own stage. His name is Fahkumram a legendary Muay Thai Fighter, that is freakishly tall even making Craig Marduk seeing small in comparison.  His fight style has many similarities with a previous character Bruce Irvin, mixed with Sagat from the Street Fighter franchise.

So in just two days, Season Pass 3 owners will get Leroy, Ganryu and Frame Data Display or buy them separately. While Fahkumram and his stage will arrive during spring 2020.