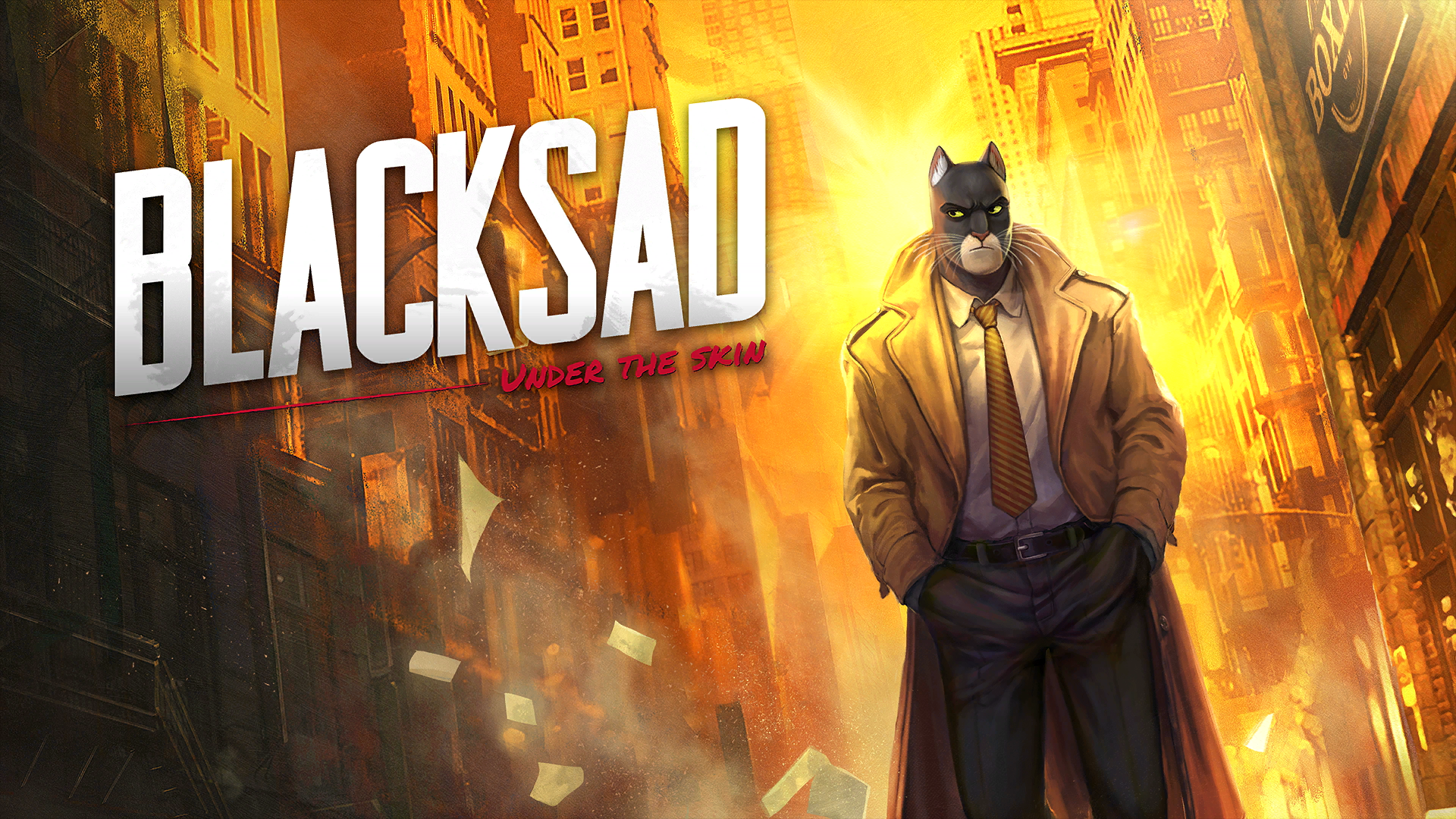 A detective noir game that takes you back to New York in the 1950s. Your choices affect the gameplay. You need to make decisions that will make you question your own conscience in a world filled with corruption and violence. However, I wasn’t able to experience all of this. The game had too many crashes for me to play through even the first few hours.

Name: Blacksad: Under the skin
Developer: Pendulo Studios
Publisher: Microids
Released: 14.11.2019
Platforms: PC/Mac, PlayStation 4, Xbox One, Nintendo Switch
Reviewed on: PlayStation 4
Acquired: A copy of this game was provided by a publisher for review purpose

You take the role of John Blacksad, a private investigator in 1950s New York. The history is like any noir-movies you might have seen: You’re short on cash, currently doing work for pennies, until a beautiful lady (Sonia Dunn) appears and needs your service. This could be your big breakthrough, putting you back on the horse again.

Your mission in the game is to try to find the boxing club’s starfighter, who has been missing ever since the suicide of her father. Or was it even a suicide?
The game’s voice acting is good, with only a few dialogues being poorly acted. For me, this game has one of the most interesting stories I’ve played.

Every decision you make will affect how other characters relate to you. Sometimes you need to make decisions that might be outside your comfort zone, however, maybe it will help you in the future. However due to the game crashing several times, it is hard to really get immersed in the story, however, I believe that this should not affect the rating.

The setting really hit a tone with me, and the way your actions affect the story and ending makes this a title you should look into. The game could’ve scored 8/10, however, because the game was unplayable, the rating has to reflect this.
1/10

The graphics are on par for a game of this kind. However, the lipsync seemed to fail several times, where the lines were animated without any sound and vice versa. I also experienced a lot of frame drops, ruining the overall feel of the game.

The game has a beautiful noir-feel to it. However, the frame drops, occasional bad lipsync, and freezes make the game fall sub-par in this category. The game is currently unplayable.
1/10

You control Blacksad, walking around on different fixed locations until you find hotspots where you can investigate or look at objects. You can also interact with whatever characters are in the area and ask them questions about the case.

The biggest issue is that these hot points tend to disappear rather quickly. And all too often, the game crashed when I tried to interact with them. At most, I had to restart the game three times before I was able to pick up an object that proved to only be a collectible. And heavens forbid if you accidentally select the same hotspot. Then you need to listen to the same dialogue all over again, without any possibility to skip.

Whenever you have found enough clues, you’re able to enter a mental map where you can put two and two clues together called “deduction”. The deduction-phase however, felt more like a cumbersome task than a part of the game during the phase that I was able to test.

The gameplay really has some interesting “features”, unfortunately, the game doesn’t seem to utilize this fully based on my playthrough.
5/10

Controlling Blacksad feels a little bit stiff, but this could be due to the frame drops. The controls otherwise feel pretty natural and are as expected for such a game. Mediocre control that is probably ruined by the frame drops in my case.
5/10

If this game worked perfectly, I would have loved to play through it. I might even throw in a replay since it is right up my alley. From what I’ve read on other reviews, it seems like it is possible to reach several different endings based on your decisions. If the game was playable, I would definitively play it several times to try to get the different endings.  I think the game could have reached a score of 9/10. However, until the game is patched it is unplayable.
1/10

This game is actually a game I wanted to enjoy. If the game didn’t have all the crashes and freezes, I would have definitely enjoyed it. Based on reviews online, it seems like the Windows-version is far more playable than the PS4 version. I actually consider buying this game just to enjoy the entire game and its story. However, until the game is patched/updated, I cannot recommend it for the PS4-console, regardless of the interesting story and the multiple endings.

Hopefully, there will be a patch to this game, and when it arrives, I will no doubt give this game another go.