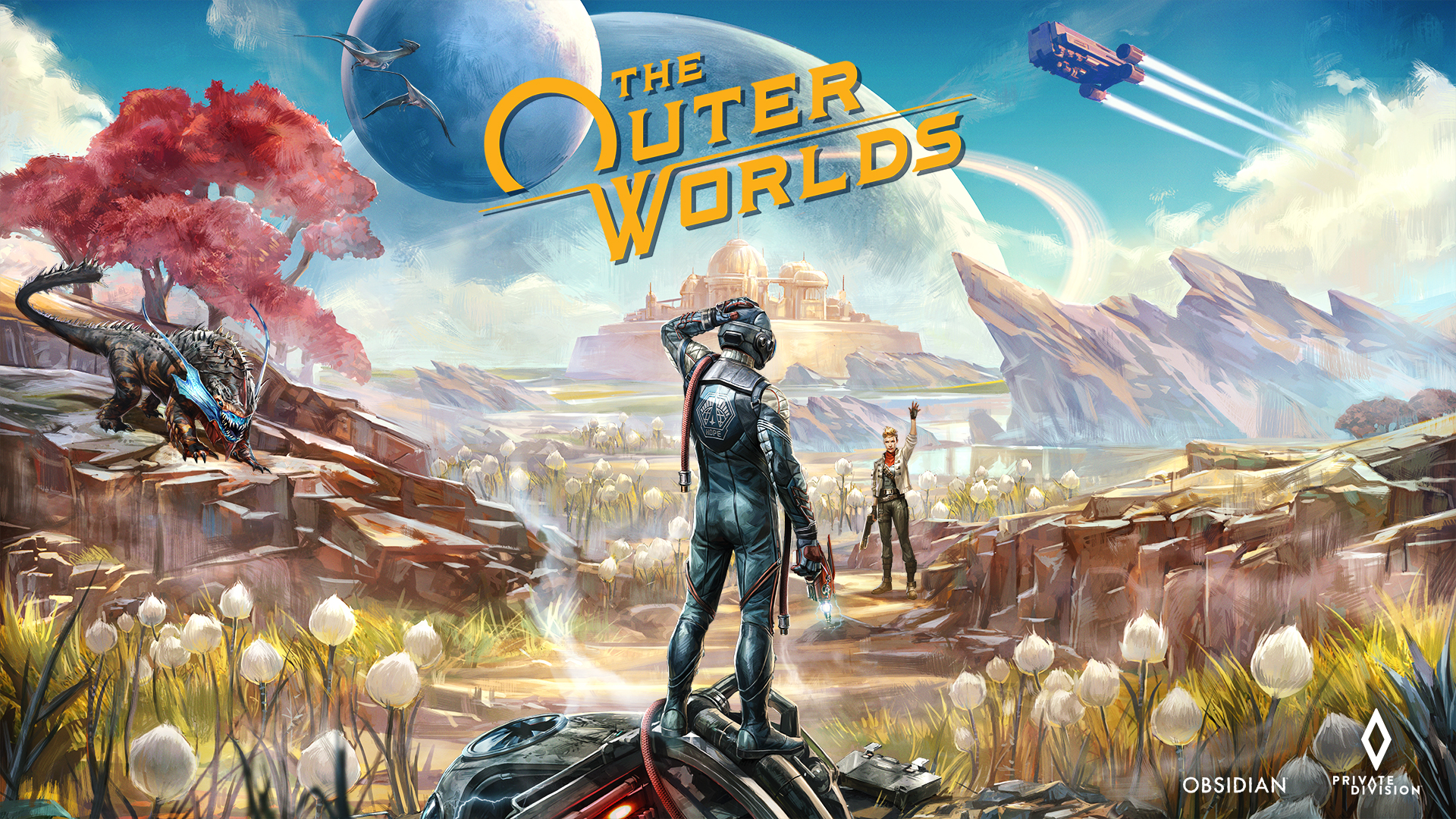 Obsidian Entertainment, the developers of the best Fallout game (Fallout: New Vegas) have finally made a new RPG – this time set in space. With a focus on choosing what factions to help and what direction to take the story, this sounded like a game right up my alley!

The Outer Worlds starts out with your character being rescued by the mad scientist Phineas Wells  – who then drops you off at a nearby planet in the Halcyon colony. Before this however, you make your character in a very good creator engine. Not only do you select how to look, but also your backstory and what stats to boost at the start of the game.

The short summary of the story would be: Capitalism has taken over, even more than it already has IRL, and several companies have gotten together to make a galaxy solely controlled by them, in order to make themselves even richer. For some weird reason, most of the people living on these planets are now fed up with little pay, a lack of choice, and leaders that only care about themselves. And here’s where we come in, do we stand with the people and try to change things up? Or do we side with the companies? What you do changes where the story takes you, and I love it!
9/10

The graphics in The Outer Worlds might be its weak point – but that doesn’t mean it’s bad, it’s just not top-notch. The issue here is the lack of details in the textures. Especially when it comes to the environment, plants, and wildlife. Luckily, the people who inhabit the Halcyon galaxy all look good and, more importantly, unique.

Another great thing with the textures not being overly well done is the fact that The Outer Worlds flows extremely well. As I played the game on a PC with a 144hz monitor, the game is one of the smoothest I can remember playing.
8/10

As I’ve mentioned before, The Outer Worlds is simply put, a Fallout game set in space. It’s almost a definition of an open-world RPG, with leveling up, bettering your stats and doing quests to help (or not help, all depending on how you choose to play) the settlements on the different planets.

In addition, you have a lot of focus on bringing companions out on the field with you. My personal favorite swiftly became Parvati (which coincidentally was voiced by Ashly Burch (VA of Chloe Price from LiS, Tiny Tina from Borderlands 2 and Aloy from Horizon: Zero Dawn)) and Ellie. Because one companion isn’t enough – you can bring two! And although I got those two favorites early on, all of the companions have something charming about them, I mean, who doesn’t like the awkward Felix?

Last but not least, you have a mechanic called “Tactical Time Dilation”, which allows you to slow down time, quite a lot like V.A.T.S from the Fallout series. All of this summed up allows for quite the personal experience, you can be whoever you want, playing however you want. You want to be a smart, but weak person who sneaks around – of course, you can! Want to be a brute that simply smashes their way around? That’s an option too!
9/10

If you’ve played an open world RPG-shooter, like for example Fallout (Fallout 3 and newer), you know exactly what to expect. Easy-to-learn controls, which just works. Personally, I prefer playing these kinds of games with a mouse and keyboard, but you can also use a controller, which also works very well.
10/10

This might actually be The Outer Worlds strongest point, the many different directions the world can take, simply because of your actions. Almost every single quest has a different outcome, and some of the outcomes are also quite well “hidden” – I’ll give you a hint: don’t just do what the quest log tells you to, talk to the people which will be affected by your actions. I just finished my first playthrough, and it won’t be long until I get around for a second go, because the story most definitely can have a better ending than what I got.
10/10

If you take all of this and sum it up you get quite the unique experience. Sure, the game can seem very much like a Fallout game, at least in the beginning. But it’s so much more than that. It’s a question about morals, politics and how you want to shape the world. On top of that you can add some great gameplay, which makes the game fun to play for hours upon hours. In addition, the game is close to free from bugs, and apart from some textures that need some work, it looks almost immaculate too! In fact, this might be a new benchmark in the RPG world.