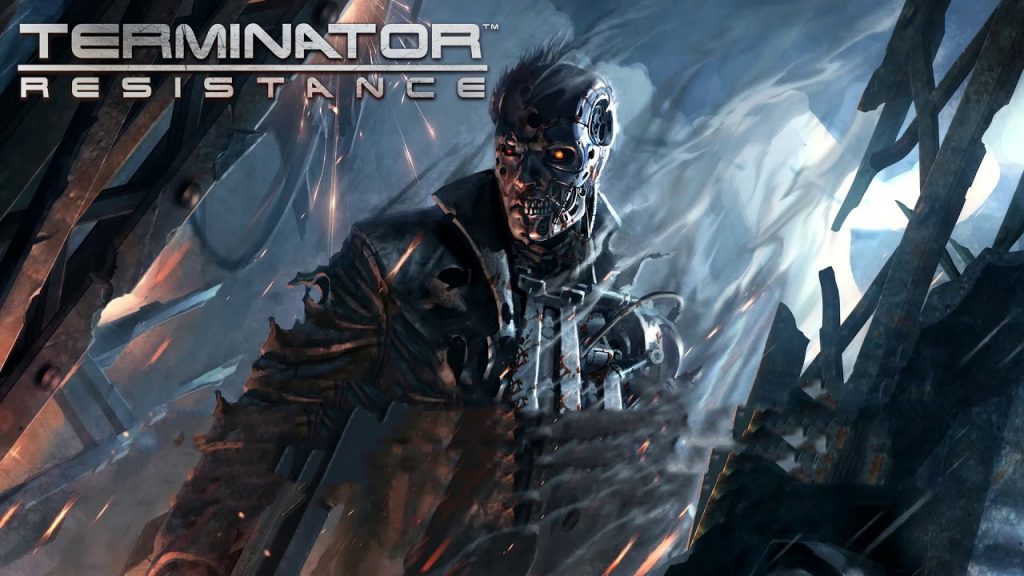 Has there ever been a great Terminator video game on console? Can the creators of the horrendous Rambo: The video game on PlayStation 3 redeem themself? That’s some of the questions I will try to answer in this review of Terminator Resistance.

In a post-apocalyptic, Los Angeles set 30 years after Judgement Day we find a new hero among John Connor’s resistance, Jacob Rivers. As a low-rank soldier within the ranks, he will discover that Skynet has targeted him for termination.

That’s pretty much the base storyline of Terminator: Resistance, character building is weak, and the voice acting is mediocre at best. I never felt a connection with the characters, nor the main character. Say what you want about the voice acting, but come on, at least try to sound scared or surprised, not sounding like my old history teacher who I’m almost one hundred percent certain he took sleeping pills right before his lectures.

Joke aside, the thin red line is true to the series lore and is a direct continuation of the first two Terminator movies.
6/10

Comparing Terminator: Resistance with Teyon’s previous work Rambo: The Videogame, you would think they learned a thing or two. At some points, it seems like they did. The 3D models of the game’s characters look a lot better than it did in Rambo. However, comparing it with other titles released during the past five years, well, let’s just stick to that sentence. The machines look great, but the people could have gone through a final check before releasing the game. Facial animations are not synced with the voice acting, ambient sounds make no sense and weapon designs are not much to look at.
4/10

Terminator: Resistance is a first-person shooter, not as Rambo’s linear rail-shooter, but with a more “normal” FPS genre. It runs on the latest Unreal Engine, but that being said, the gunplay feels serviceable at best, there’s no recoil, the guns sound weird, and the overall combat doesn’t feel satisfying at all, not even the “boss fights”.

Looking into the narrative a bit more, we will find that there are some interesting, and I mean some interesting characters development by doing side missions. That’s triggered by choosing correct answers in the dialogues, but you won’t be getting acknowledgment if you have triggered the side mission or not. You have multiple choice by doing your missions, stealth or “all-in”, but the stealth mechanics aren’t exactly something to brag about and not as rewarding than going “all-in”. The main missions go repetitive real fast and feel uninspired, but taking all of this to account, I still managed to enjoy the game.

Not sure if the nostalgia of playing a simple and true action game hits my emotions, or if it is the Terminator nostalgia. There is nothing noteworthy in Terminator: Resistance’s gameplay, but weirdly enough, a bit entertaining, but not enough to bring the score up.
4/10

My gameplay for this review went on the PlayStation 4, I can see that a lot of people are praising this game on PC for its gameplay, but this review is based on my experience on a console. And sadly, there are a few flaws such as latency and character movement. It feels like moving a brick when I’m moving the character, and it also feels like the response time from when I press a button to my character reacts takes a lot of time. Overall schematics is great, but the execution needs a lot more work on details.
6/10

I personally might not pick up this game again for a while, you can replay the story with higher difficulty or lower just try to experience more of the character building in the side missions. But besides that, there isn’t much replay value. I will not be back!
3/10

Terminator: Resistance might feel and look outdated, but it also might surprise the Terminator fans. It’s a game that’s serviceable at best, but for some, this might just be enough to experience for their loving series. Hasta la Vista Baby…