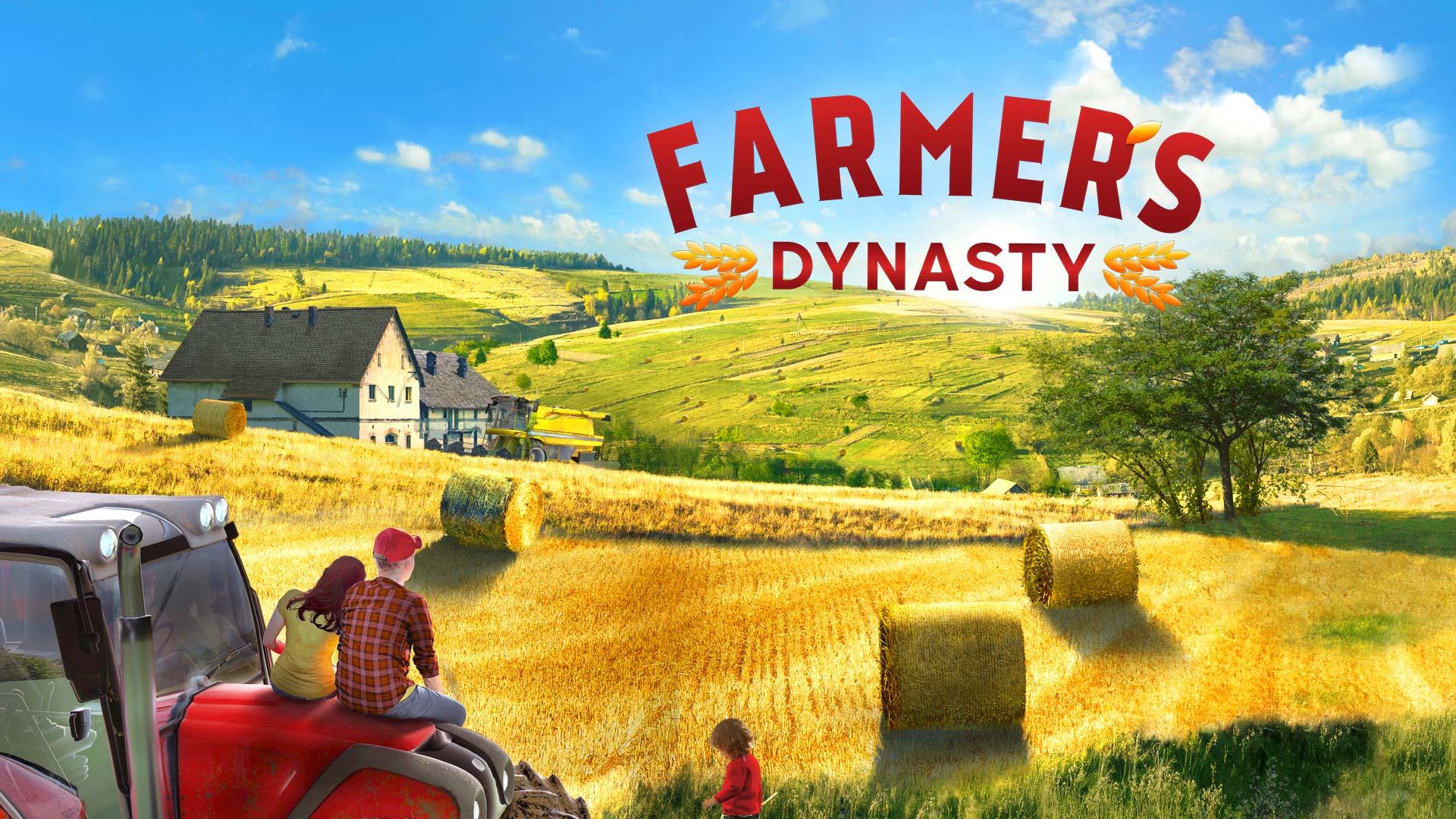 Farmer’s Dynasty is, as the name suggests, a farming game. Reading about it, it sounds a lot like a mix of Farming Simulator and Stardew Valley, but is it a good mix or should it have been growing for a little while longer?

Farmer’s Dynasty revolves around the player inheriting an old farm from their grandpa, who’s recently passed away. The fard is in extremely bad shape. The walls and roof are run-down, and there is no equipment on the farm. These machines can be unlocked by helping neighbors and other NPC with jobs. As time passes, you’ll earn money to upgrade the farm, buying fields, animals and more machines. You can also meet your future wife.

The story adapts to the way you decide to play, which means it’s not the biggest out there. For my part, that is A-OK, as this doesn’t lock you into one story for each playthrough. Sure, you have some certain points to follow, but otherwise, you’re free to play as you like.
8/10

Generally speaking, the graphics are looking good. The environment, animals, machines, and buildings all look good as well. The shadows and movement for both trees and the water looks good and natural. The humans could look better though. The faces, in particular, looks very two-dimensional. When moving around the game world, the graphics load as you near them, which causes the game to have some stutters.

The voice acting is very up and down. Some of the characters talk all-natural and with passion, while others feel like they’ve just been read from a script. Otherwise, the sound design is pretty good.
6/10

Farmer’s Dynasty is a game that’s easy to play if you want a “time-killer.” You start by upgrading the farm you’ve inherited. Afterward, you’ll have to do quests and jobs, like helping neighbors. In the beginning, this is a great way to build up a base of machines, which you get simply by doing the work for other NPCs. These machines allow you to start farming for real. To earn money, you can harvest crops, raise cows and chickens, and sell eggs, milk and the likes. There’s also a store near-by where you can sell items to get some hard-earned money.

As Farmer’s Dynasty is an open-world game, you have lots of places to visit and people to meet. The world itself isn’t that big, but as your farm equipment moves slowly, it takes some time getting from A to B anyways.
8/10

The controls are very easy to learn and can be learned by the end of the intro of the game. You may have one or two misclicks in the beginning, but you’ll learn them quick enough.
10/10

This is a game you’ll be stuck in, once you’ve sat down to play. Part of that is because things take time in-game, but it’s also very cozy. As nothing can kill you or hurt you, the game can be left alone if it’s needed. The only real problem is the frame rate issues. As a consequence of this, you sometimes get stuck in the ground, people spawn and despawn at will, and there are some bugs because of this.

Other times I found the game crashing whenever I tried loading, and I had to delete my save and start all over. Hopefully, this will be fixed in future updates. Apart from this, I will definitely be playing this for quite a while.
8/10

I really liked Farmer’s Dynasty. As a Farming Simulator-fan from before, I find this game much better. I like that the world is smaller and that the story actually has some prologue, which allowed me to feel more attached to my farm. The different quests and jobs take a shorter amount of time, and it no-longer takes more than an hour to harvest crops on a single field. Generally speaking, it’s the perfect time-killer. The game is relaxing, and you can leave it running for a little while if you need to fix something while playing. There are some negative sides to the game, but I’m certain this can be fixed in future updates. The game surely has loads of potential.