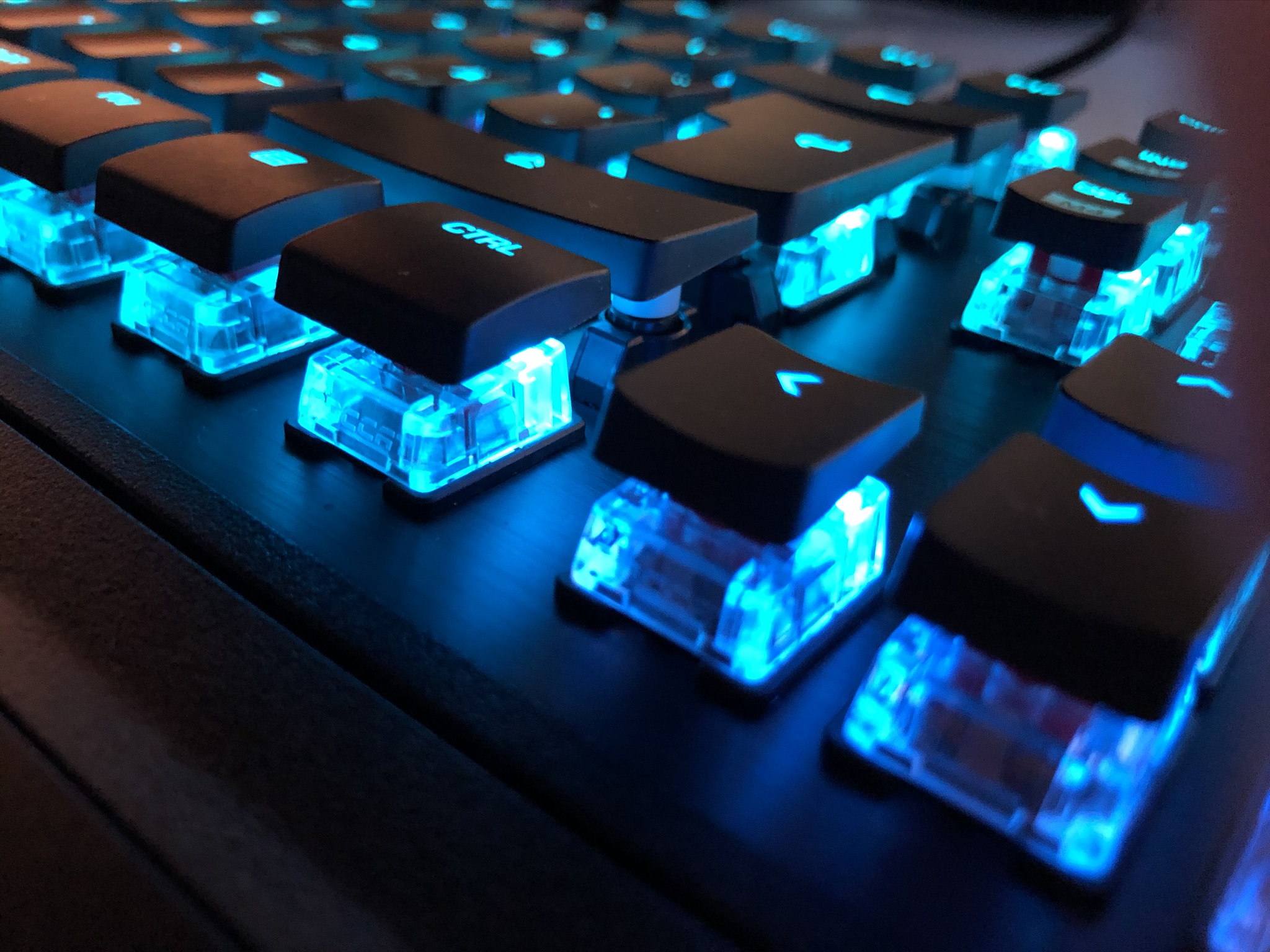 Name: Roccat Vulcan 121 AIMO
Manufacturer: Roccat
Platforms: PC, Playstation 4, Xbox One
Reviewed on: PC, Playstation 4
Price: Varies at the time of writing between NOK 999,- and NOK 1.500,- (Source: Prisjakt.no)
Acquired: A product was provided by a publisher for review purpose

The Vulcan 121 AIMO comes in at a higher pricing point than your entry-level gaming keyboards. However, you will not regret getting this keyboard if you intend to use it for FPS and typing.

Immediately after taking it out of the box, the Vulcan 121 felt like another result of fine German engineering. The keyboard weighs 1150g and the aluminum plate makes it feel stiff and unyielding. This keyboard doesn’t move around unless you really mean it. The keys and their height is reduced, and although I was a bit skeptical about this, I felt that this was the right move once I felt how precise and unforgiving the keystrokes felt.

For me working with typing most of my day, and gaming on keyboard later, ergonomics are really important. And although this keyboard doesn’t claim to be an ergonomic keyboard, I had no problems typing on it for days. The support for your arm is a piece of hard plastic. And although I like that they added it, I would have preferred a padded one for those longer gaming sessions.

Roccat claims that the keys are dustproof. And after a few weeks of me not cleaning it, all dust was removed with a short blast of air. Although I would’ve loved to test how the keys hold up against liquid, I decided to not perform this test. However, based on the design, I would guess that it would be able to hold up against most normal gamer-accidents involving liquids.
9/10

Roccat has developed the Titan-switch used for the keys. A unique cover under each key reduces the movement sideways thus making every keystroke feel precise and robust. The use of the Titan-switch makes Roccat claim the keys are 30% more responsive than standard keys. I did not have any ways to measure this scientifically, however, I would say that my feeling is that the keyboard feels a lot more responsive than other keyboards.

For programming, however, I felt that the F-keys were a bit hard to differentiate when I kept my palms in a normal writing position. This was due to the fact that all the keys are lower, making it hard to feel whether or not you’re hitting an F-key or one of the top row keys.
9/10

Unlike many other gaming keyboards, this one is as office safe as it is streaming-friendly. Of course it is not completely silent, I had no complaints when testing this in an office environment. During my streaming sessions, it was easy to remove the sound of the keys as they were not that loud.

One thing that I noticed though is that this keyboard is mostly FPS/MMO friendly. Playing COD:MW, PUBG, and Mordhau was a breeze, and the responsiveness of the keys really saved me in a few of the matches. However, when using the keyboard for Final Fantasy XIV, the responsiveness made me fire off skills with longer cooldowns unintentionally (I tend to keep my finger on the keys, in case all goes south).

I would therefore only recommend the Vulcan 121 AIMO to people where responsiveness and preciseness is the important factor. In that case, this keyboard will not let you down.
8/10

Lighting, Software and Other

The keyboard has background lightning with 16,8 million colors. And I actually loved to watch the organic light whilst I was typing and playing games.

The keyboard is configurable through Roccat Swarm. It’s more or less your standard peripheral-software and doesn’t bring anything new to the table except for yet another thing to keep in your system tray. You can, however, store up to four different keyboard setups, and switch them on the go. A thing I experienced once during the testing was that the keyboard crashed once (seemingly) Roccat Swarm crashed. Not a thing you want to experience during f.ex. Tournament play, however, I also noticed a recent update, and haven’t had this experience more than once.
8/10

The Roccat Vulcan 121 AIMO comes in at a higher price range. However, the German design and quality shines through it. It has one of the best responsive keys I’ve ever tried. I expect this to be a gaming-keyboard made to last for several years of hard gaming.