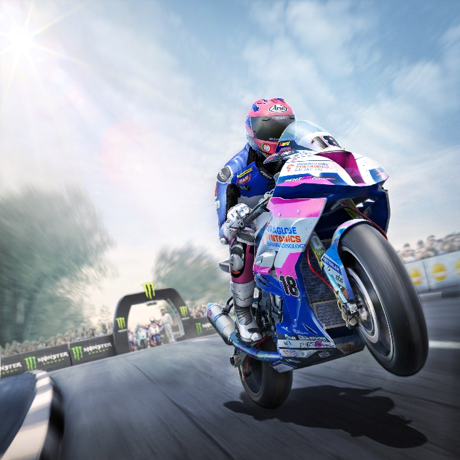 It’s 2020, and KT Racing is returning with the sequel to TT Isle of Man. To provide players with the most realistic simulation possible, the studio turned to one of the best up-and-coming riders, Davey Todd, and the fastest French rider on the Isle of Man circuit, Julien Toniutti.

Like Davey Todd, Julien Toniutti collaborated on the game’s production by sharing his experience and impressions with the developers to help them create a strikingly realistic simulation and optimize all aspects of the riding physics.

“Competing in the TT is the ultimate dream of any rider. In TT Isle Of Man – Ride on The Edge 2, the aim is to reproduce the sensation of speed and adrenaline, as well as the concentration and control required for any Tourist Trophy rider, while the player sits comfortably in their chair, risk-free,” said Julien.

TT Isle of Man – Ride on the Edge 2 will be available in March 2020 on PS4, Xbox One, PC and later on Nintendo Switch.