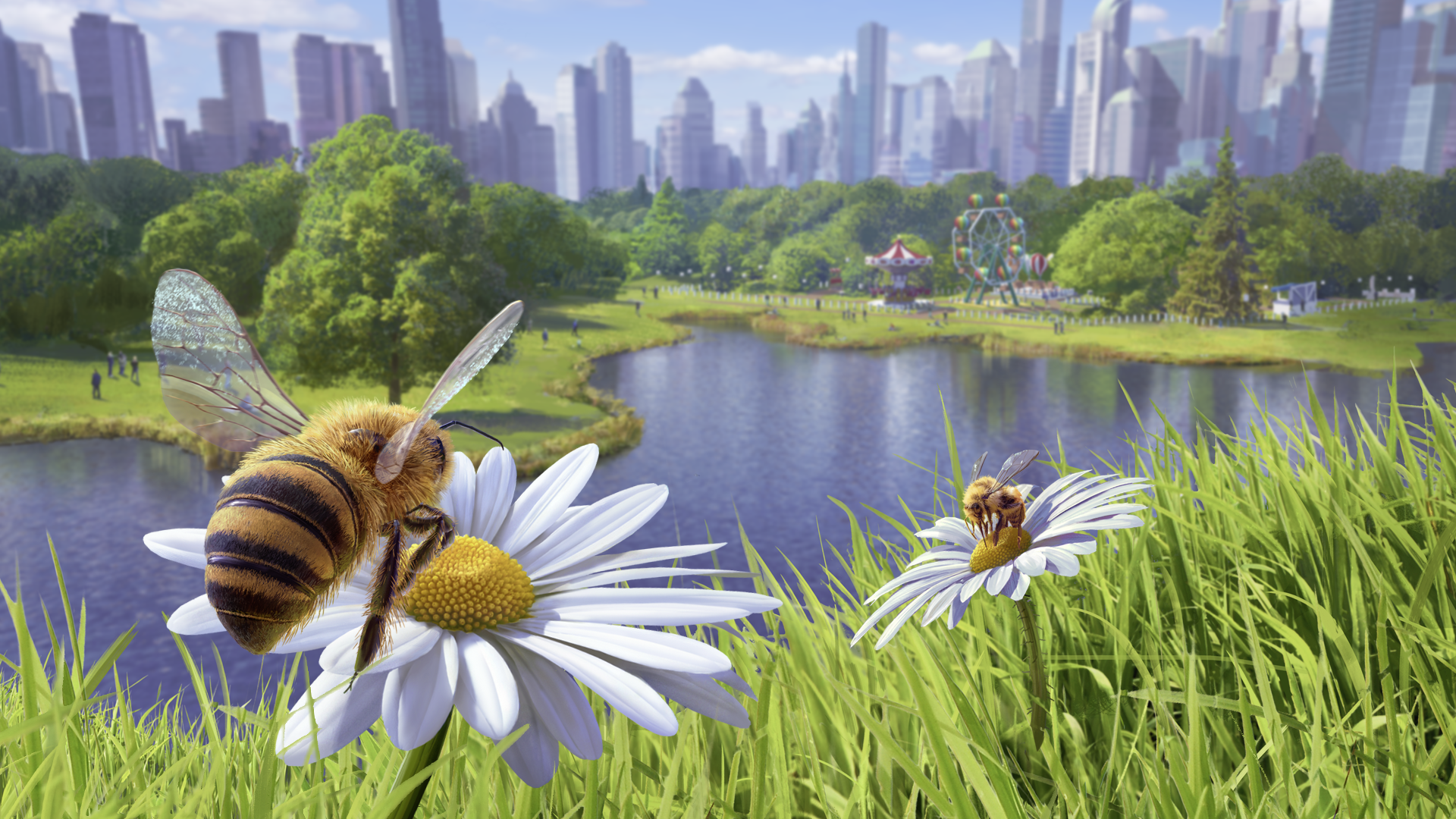 The bees are dying, and with them, extinct life on Earth will certainly take a tumble. With that in mind, VARSAV Game Studios has tried to make an educational game about bees, with their new Bee Simulator. You know what they see, to bee or not to bee!

Honestly, the story is very much forgetful – you start out as a young bee, which sole purpose is obtaining pollen and getting it back to the hive. This is achieved by flying around harvesting pollen from numerous flowers. For your efforts as a splendid working bee, you are awarded knowledge points, which you can also obtain from winning mini-games, and doing some pretty forgetful quests. But more on that in the gameplay section.

Otherwise, you progress through the story quite quickly, while getting achievements like new patterns on your stripes and new things to look at while home in the hive. Oh, and you get to open up free-roaming.
3/10

Unfortunately, Bee Simulator looks more like an early PS3 game than a current-gen game. The textures aren’t that bad, but the modeling is almost horrendous. The bees are okay-looking, but the world around them is pretty dreadful. The flowers don’t really look like flowers and the other wildlife doesn’t look very much alive either.

What’s worse however is the fact I got physically nauseous by playing Bee Simulator for more than 20-ish minutes at a time. Whether it’s a kind of motion sickness, low framerate or something else I don’t know – but it’s the first game I’ve ever experienced it with. And I’ve even played Mirror’s Edge, a game that was known for causing people to feel sick with its lack of green.

The only positive thing I can say about Bee Simulator is that the sound design is pretty good. It’s nothing special, but it’s not bad either. Well, except the voicing, that needs a few more years of work. The background music, that’s the okay part.
2/10

The gameplay in Bee Simulator consists of gathering pollen, doing mini-games and using knowledge points on cosmetic things. That’s pretty much it. There are different mini-games, one where you can race a friendly-bee, which isn’t a lot of fun, since the bee acts — to quote a friend — “like an intoxicated hamster.” One where you can fight off hostile wasps, and one where you can fly around stinging people (I thought all bees died when stinging??? Isn’t this supposed to be educational?). As you can imagine, it all gets pretty boring after a short while.
2/10

Oh god, the controls. I am almost speechless, and not in a good way. In theory, I can agree with the control system the developers have tried to implement. Unfortunately, the controls are simply a pain in the butt. The controls are way too responsive (think Sonic 06 times 100), at least on the horizontal part of flying. Ascending and descending, on the other hand, is extremely slow. I’m sorry to say, but this might be the worst controls I’ve ever played with.
2/10

I honestly think I summed it up pretty much in under “gameplay” – Bee Simulator doesn’t take long to be incredibly boring. There’s not a lot of different things to do, and the few things there are, aren’t especially fun either. If the controls had been working, I can see the racing mini-game being somewhat fun, but otherwise, it feels quite hopeless.
2/10

There’s no way around it – Bee Simulator isn’t a good game. In fact, it’s rather terrible. The game looks bad, and it controls even worse. On top of that, the game is boring. And it’s the first game ever I’ve been physically ill by playing. I appreciate what the developers have tried to do – educate gamers about bees, and why they are important for the world, but this is not the way to do it.