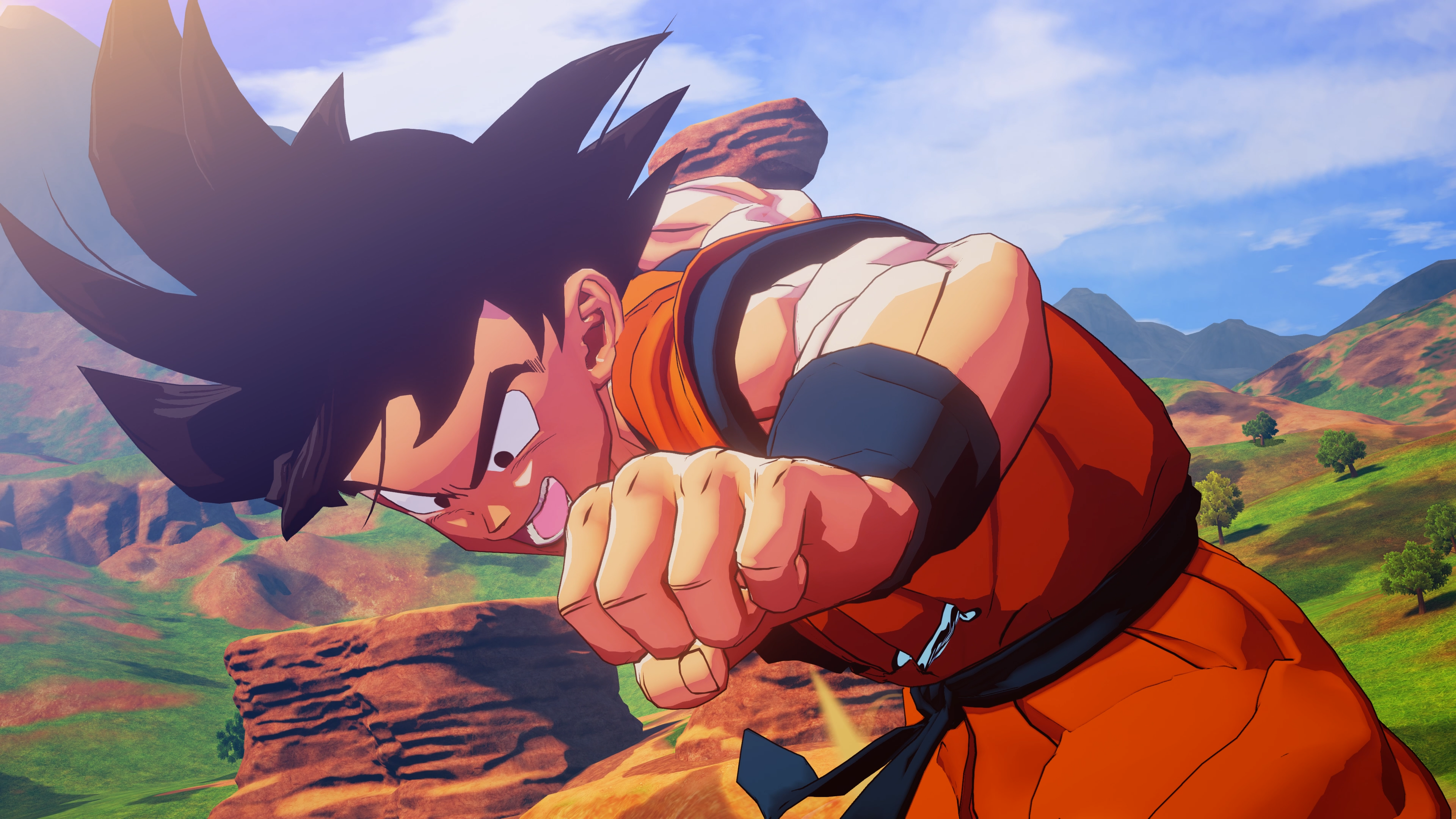 Dragon Ball Z: Kakarot is the new (hold on) Dragon Ball Z game. This time it’s an RPG, and although I personally didn’t like FighterZ (let’s not talk about that) – the internet has been looking forward to this game. Hopefully, an open-world RPG in the Dragon Ball universe would be more up my alley!

Dragon Ball Z: Kakarot follows the four main story arcs from the anime. Saiyan, Frieza, Cell, and Buu. Sure, the developers are taking loads of shortcuts, otherwise, the game would be about 2000 hours long (give or take). But the main story segments are there, and if you’ve ever wanted to play through the happenings in the anime and manga, Dragon Ball Z: Kakarot won’t disappoint you.

Personally, I was pleasantly surprised by how easy it was to get into the story, even for me who has seen only a handful of episodes of the anime. Sure, it helps to know about a few of the characters from before, but the game still made just enough effort to introduce the characters.

In retrospect, I merely have one real complaint about the way the story is told – the fact that quite a few of the cutscenes after a fight shows just that, the fight you just had (and won) – so it feels a bit unnecessary to watch it again since I already know what happens. I also have a small concern about the fact that the game offers little new story-wise. But hey, there’s a reason why Dragon Ball Z is so popular.
7/10

I do like the graphic style of Dragon Ball Z: Kakarot. It provides a semi-cartoony look, but with lots of details and great textures when it comes to the characters and game world. It just fits with what has been made in the anime and manga. However, when it comes to telling the story, the dialogue scenes are very up and down. Some of them are beautiful with incredible animation and great voice acting, while others are merely a slide-show with what feels like hastily drawn pictures. In addition, the manuscript needs to be read through – as there are numerous spelling errors. The biggest issue, however, is the camera, at least when walking around in the world. Trying to look around with the camera instead of turning the character around is a tremendous struggle, and the camera feels like it’s fighting you with all its might, to return to the idle position.

The sound design, on the other hand, is pretty much top-notch. Good old Japanese background music is never wrong. Obviously, as someone who loves all things Japanese I’m probably biased, but Dragon Ball Z: Kakarot’s soundtrack is exceptionally close to being on my playlist for the foreseeable future.
6/10

The main gameplay in Dragon Ball Z: Kakarot is focused on the fights you go through, and those happen often. The fights are flashy, but unfortunately, they are all way too similar. Punch, dodge, charge your super, use it. Rinse and repeat. For me, who doesn’t have any previous history with the fights, they all have started mixing, and I can’t really tell them apart, even though I played the game as late as yesterday. The fights also feel a bit too easy to win, as the game overflows you with healing items.

Luckily, Dragon Ball Z: Kakarot has quite a lot to offer outside of matches. Food-making, sidequests, and a massive open world. Sure, the fighting is important to level up, but you also get buffs, both temporary and permanent, from eating and finding stuff around the world. The sidequests aren’t that interesting, but it’s nice to be able to change up the schedule of beating up people all the time.
7/10

The controls in Dragon Ball Z: Kakarot is honestly pretty standard. They don’t reinvent anything, but it simply works and the control scheme is easy to learn. You have buttons for dodging, punching, charging you energy, and releasing said energy. You additionally have the shoulder-buttons which allow you to enter sub-menus to select super-attacks, like the famous “Kamehameha”-attack. There is just one control-scheme though, and although it definitely works very well, it is a bit of a let-down that no buttons can be re-assigned.
8/10

Replay value is always hard to judge – Dragon Ball Z: Kakarot is for me definitely a one-playthrough game, as the story is what it is and can’t be altered in any way. However, there are quite a few things to do during that one playthrough, with sidequests, leveling, and a world to discover.

First and foremost, Dragon Ball Z: Kakarot is a game developed for existing fans of the anime. There are lots of details and throwbacks that I probably haven’t caught, and a die-hard fan will like the story much more than I did. The game undoubtedly offers a lot of potential, but it falls a bit short with a bit of an unfinished feel to it. But if you are a Dragon Ball Z fan and can wait for some patching, then I’m sure Dragon Ball Z: Kakarot is a game you’ll enjoy.