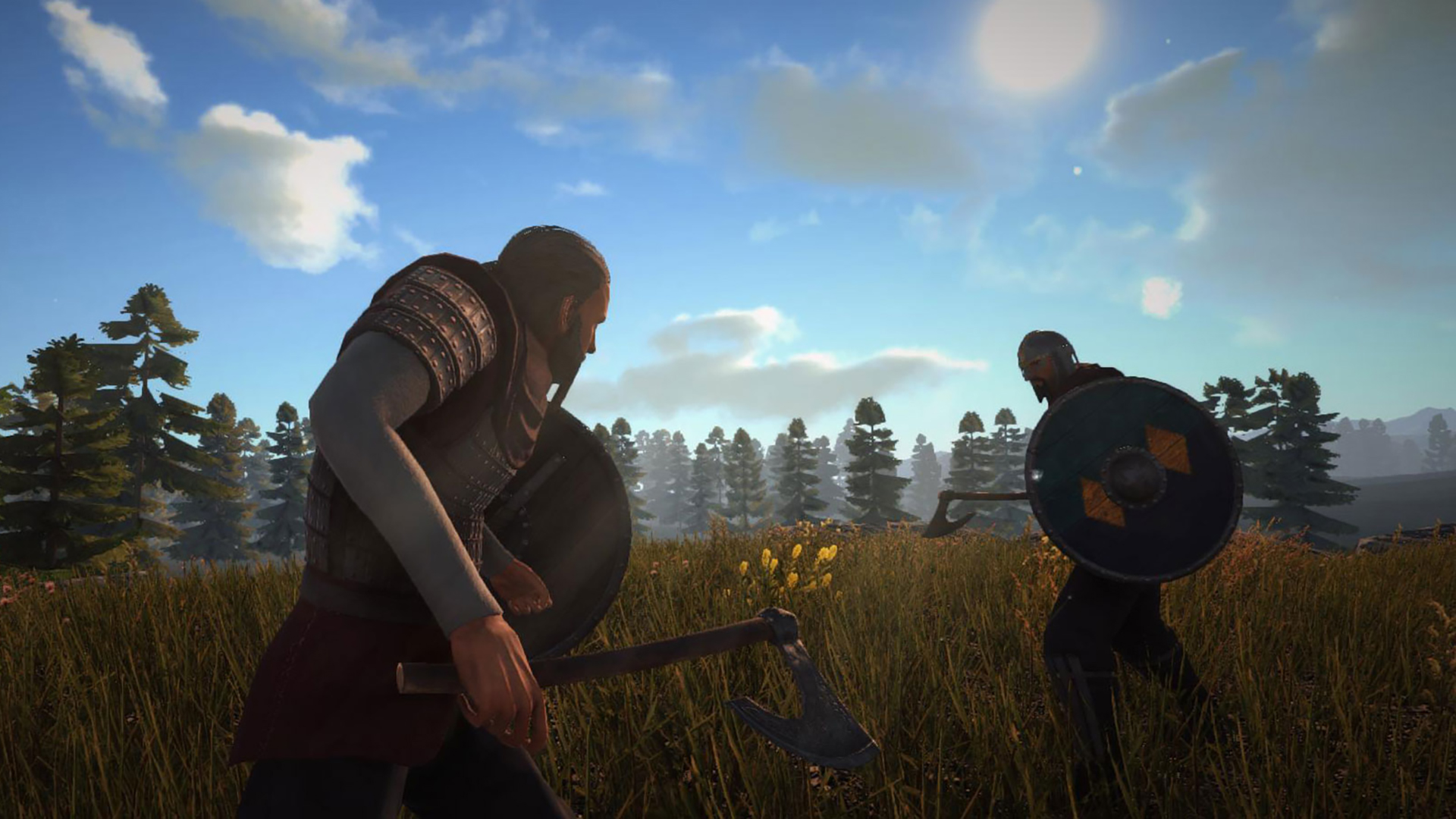 Valnir Rok is an online survival RPG inspired by Norse mythology. The game has a promising idea, and given that it’s early access, I simply had to say yes to this one!

Story
You start the game on a shore. The ship is shattered to pieces, and you have nothing else than your underwear (and sometimes you have pants). The game follows the normal recipe for survival-games. However, this game actually has some story and quests that you can follow whilst surviving. This aspect actually made the game far more enjoyable than other survival-games I have played.

On their page, it says the story was written by “bestselling novelist Giles Kristian”. Before playing the game this made me look forward to the quests and story. However, I cannot say I felt that I was captured by any of the quests or stories that were in the game. It could be that they have not implemented this aspect yet, I sure hope so.

The story sets this game apart from a lot of the survival-games, making it a lot more enjoyable. However, I never got the feeling that the story was there, I just clicked continue and never felt I missed anything.

Graphics
The game is early access, so I am giving them some leniency. Currently, the sun and water are perfect. Animals, NPCs and players also seems ok in my opinion. However, when it comes to terrain and the rest of the world, the game has horrible texture rendering. Be prepared to experience stuff showing a few moments after entering an area. While playing, I would constantly see grass and trees pop in during my walk at normal speed.

Don’t expect to crank the graphics to max either. I don’t have the most powerful GPU, however a friend of mine who started playing it has, and he was still having issues with FPS.

The game is in early access, so I don’t expect too much. However, the constant frame drops and characters locked mid-animation kinda ruins the feeling of the game. It is however acceptable given its current state.

The game was ok alone, and a lot of fun with friends. Unfortunately, the servers are more or less unoccupied, so in the beginning, I was playing this game basically alone. After a handful of friends joined however, the game started to become more interesting.

The way you craft in this game is especially interesting. You add one item to the crafting menu and must learn the recipe. For example: A stone axe requires you to add stone, thread and a stick. The items needed are pretty obvious and I really enjoyed this idea! Keep doing this!

The game is currently playable and I actually had a lot of fun. A few bugs here and there of course. However there are two issues that really have to be fixed: After the last update, players get framedrops at the same time, indicating that something is wrong with the servers. Secondly, there has to either be added more NPCs or players to create the sense of a living and thriving world.

I think that there is a real urgency to start fixing the lack of players/NPC before they focus on patching/adding stuff to this game.

The game utilizes a new way of crafting and discovering stuff, which me and my friends really loved. However, the lack of players and NPCs make the game non-immersive and boring. Add more players, and this score would immediately be an 8/10 instead.

The controls are pretty standard. However, be prepared to reduce the mouse sensitivity a lot! Hopefully they will add more to the battle system, as well as a few more boxes on the hotbar, currently only five items on a hotbar doesn’t cut it.

Standard controls. Not much to add here.

Replay Value
If the publishers and developers manages to get people to play this game, I would continue playing this game forever.

Bring players and I will play this game forever (9/10). The idea, crafting, and quest system makes it all interesting and enjoyable. However, given the lack of meeting strangers, and wondering if they are friendly or not makes the score lower.

If you are a fan of survival-games, you’ll get right into it. If you are more into story-driven games, then you finally have a survival-game made for you! I liked the game, as did my friends. However, if the servers still show 0 when I log in, I doubt I will be playing this game much longer.