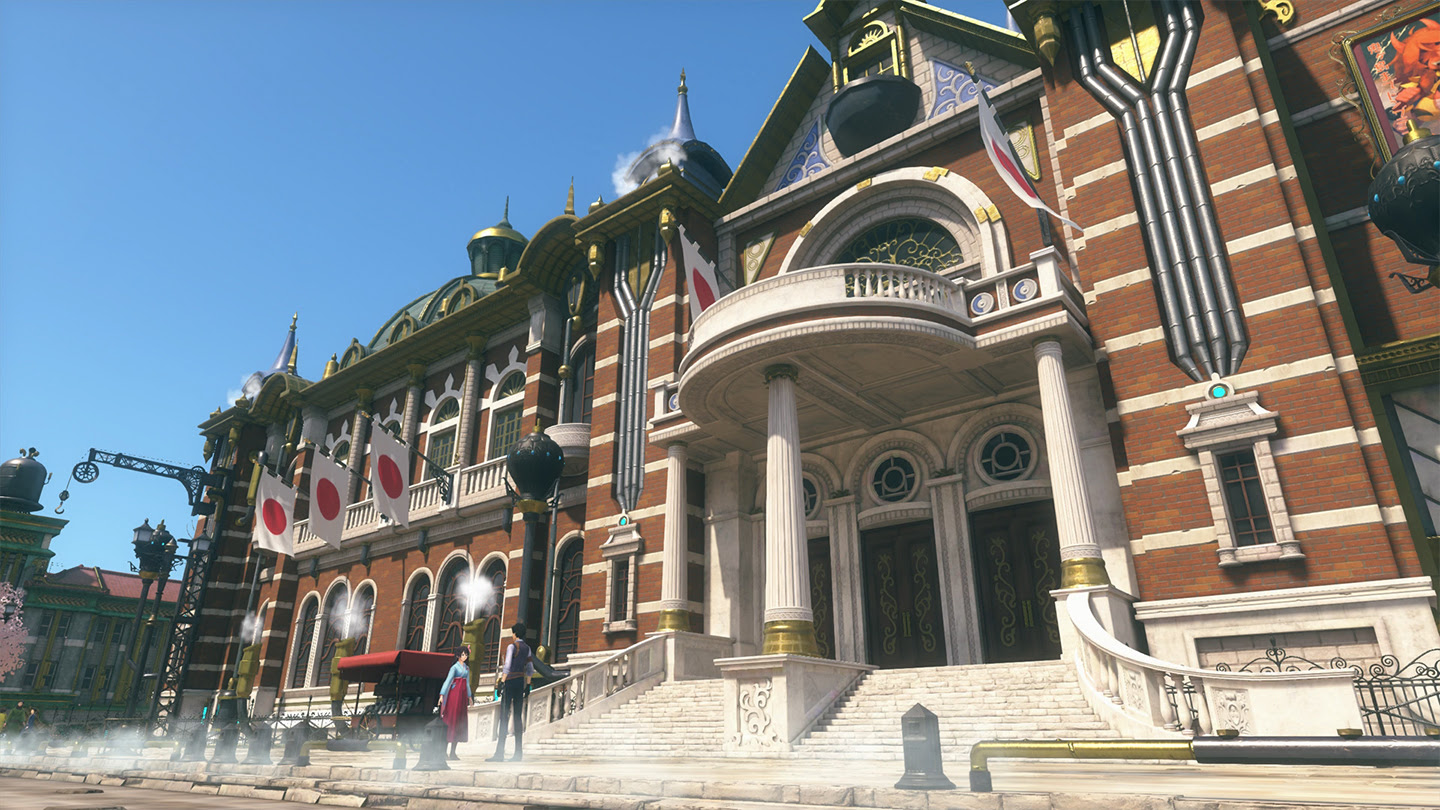 From the large clock tower atop Ginza train station, dominating the city skyline, to the captivating Imperial Theater standing tall at the heart of Tokyo, Sakura Wars exudes a world rich in historical inspiration and enriched with fantastical steampunk technology. The Taisho era represents a time of prosperity and optimism for Japan, an intersection of eastern and western cultures that creates a vibrant framework in which to take on the mantle of Seijuro Kamiyama and bring the Imperial Combat Revue back to glory!

Sakura Wars is a reboot that retains many of the features that made the genre-defining series such a hit in Japan, including a poetic vision, a strong cast, and a compelling story filled with intrigue, action, and romance. The most recent trailer puts this portrayal of 1940s Tokyo front and center as it introduces your mission to restore your squad and the theater to prestige.