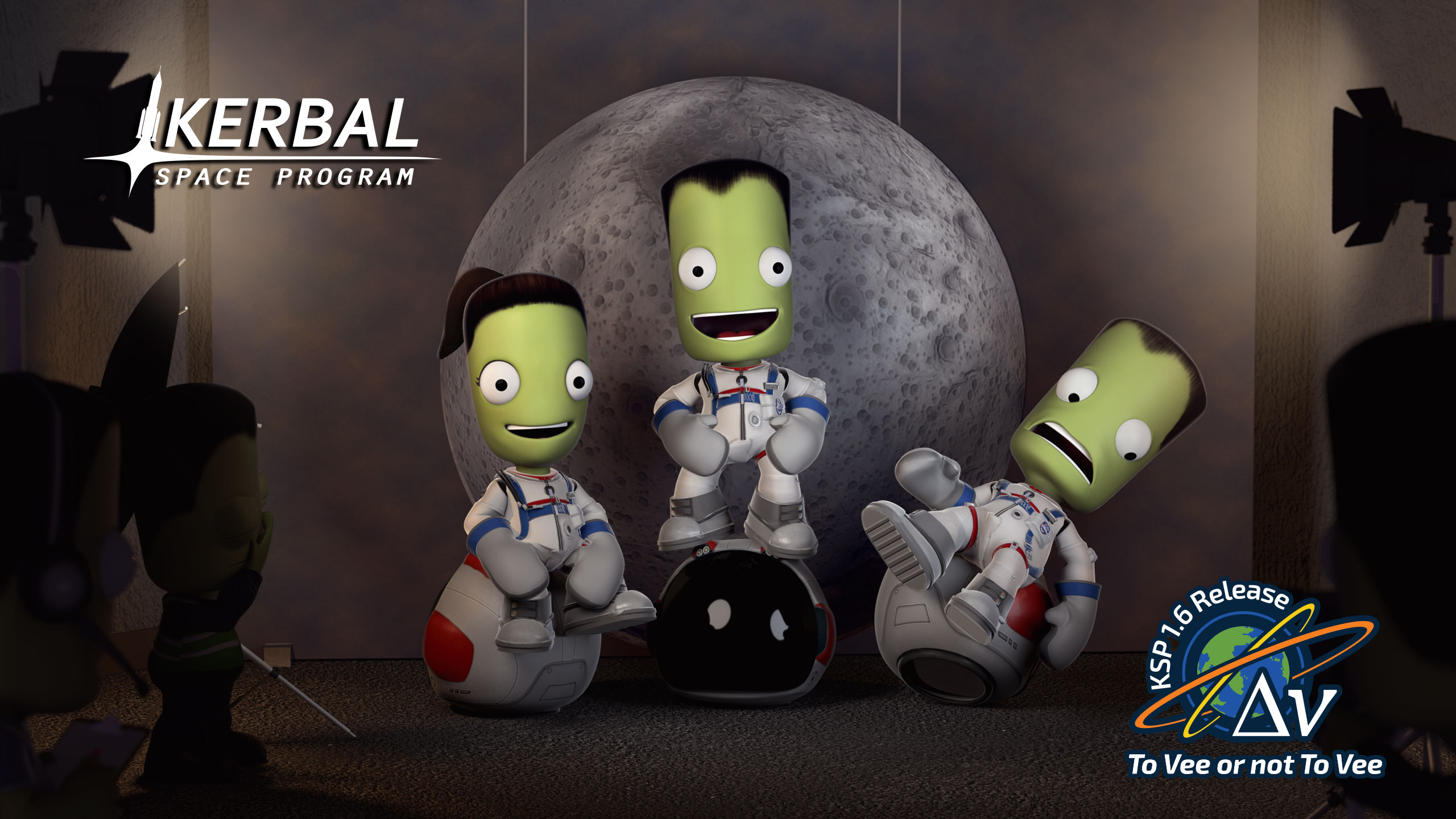 Playing Kerbal Space Program impatient people. This game will teach you to handle your failures. And once you finally have some minor progress, it feels like the best thing in the world! After several weeks of playing this game, I still haven’t figured out how to make a successful landing with my own spacecraft on the Mun (in one piece), still, I’ve had a lot of fun experimenting and trying out different modules, constantly making baby steps towards my goal.

The Enhanced edition was released to give automation and improvements to the game. Based on feedback from people I’ve asked, the PS4-version was almost unplayable until the last update.

Hopefully, I’m able to share my enjoyment with this game, even though this has been a “playthrough” failure.

So, let’s make one thing perfectly clear: I mostly played Sandbox-mode during my review. However, there is a campaign mode in the game that lets you gather science, gradually unlocking ship upgrades and more as you progress. I actually had a lot of fun trying out this part as well, but I think a lot of players will enjoy simply trying out spacecrafts you’ve built yourself. This game has something for everyone. It might be wrong to call it a “story mode”, however, the campaign itself is entertaining, challenging (duh, the whole game is…) and rewarding!

The story is basically that the Kerbals have decided to launch their space program, and you’re the one in charge of the project. Good luck, have fun!
8/10

The game was originally released back in 2015. But the characters, planets, parts, and animations are still highly enjoyable even today. The game is goofy, and the explosions are animated well enough for you to understand that you’ve failed.

However, if too many things are happening at the same time, the game sometimes gets a bit laggy (for example when the spacecraft with 10 rocket engines dissolves mid-flight).
8/10

The enhanced edition also comes with a lot of robotics and automation-parts, however, my experience with the game doesn’t allow me to really try out these things. The new parts are mostly aimed at people who have hundreds of hours in the game. People who know how the journey goes. Based on all my failures in the games, it’s nice to see that the developers continually keep adding more stuff to the game to make room for more failure…I mean success…

The game is demanding. Don’t enter this game expecting it to hold your hand and help you achieve the goals. Well, there is a good tutorial, that I highly recommend new players to try! Like I said, whether or not the kerbals are able to reach their destination, and hopefully return, is all up to you! You’re in charge of the program. I actually got so happy when I hit the Mun’s surface during the tutorial that my eyes watered up. Looking at the control module that was mostly in pieces, I saw that at least the kerbals had survived the crash. The level of accomplishment after several hours of an emotional rollercoaster was one I hardly feel in any game.
10/10

Kerbal Space Program was originally released for the PC. How they managed to get all those controls into a PS4-controller is nothing else than a feat. Given that they’ve probably played Kerbal Space Program, I guess that this was a simple task compared to the space missions.

The controller scheme is as perfect as it gets. Sure, it’s still a game meant for PC that you’re using a controller to play, but this is one of the best conversions I’ve seen. They are natural, and it doesn’t take long before you get accustomed to the functions and how holding one button shows all the other functions. Well done!
9/10

Kerbal Space program is the game that will keep you up at night. There will always be one more thing you think you can change, tweak or replace. “What if I reduced throttle before entering stage 5?”, “What if I built an airplane, but with rocket engines and sent it to space?” Maybe you can create a rover that is more capable of bringing back science? Can you add more experiments to your next mission?

I have a hard time putting this game away. This is the game that is like the slot machines: You keep trying just because you’re seeing the goal, you’re seeing progress, even though what you’re actually looking at are unfortunate astronauts in a burning pile of million-dollar garbage.
10/10

Kerbal Space Program, a game that I only would recommend to patient people who can handle failures, is a game that will tingle your imagination and constantly challenge you. The Enhanced Edition for PS4 adds more ways to explore the space, hopefully with the kerbals returning in one piece.

For people who have dreamt of running a space program, this is your chance! I already look forward to playing Kerbal Space Program 2!