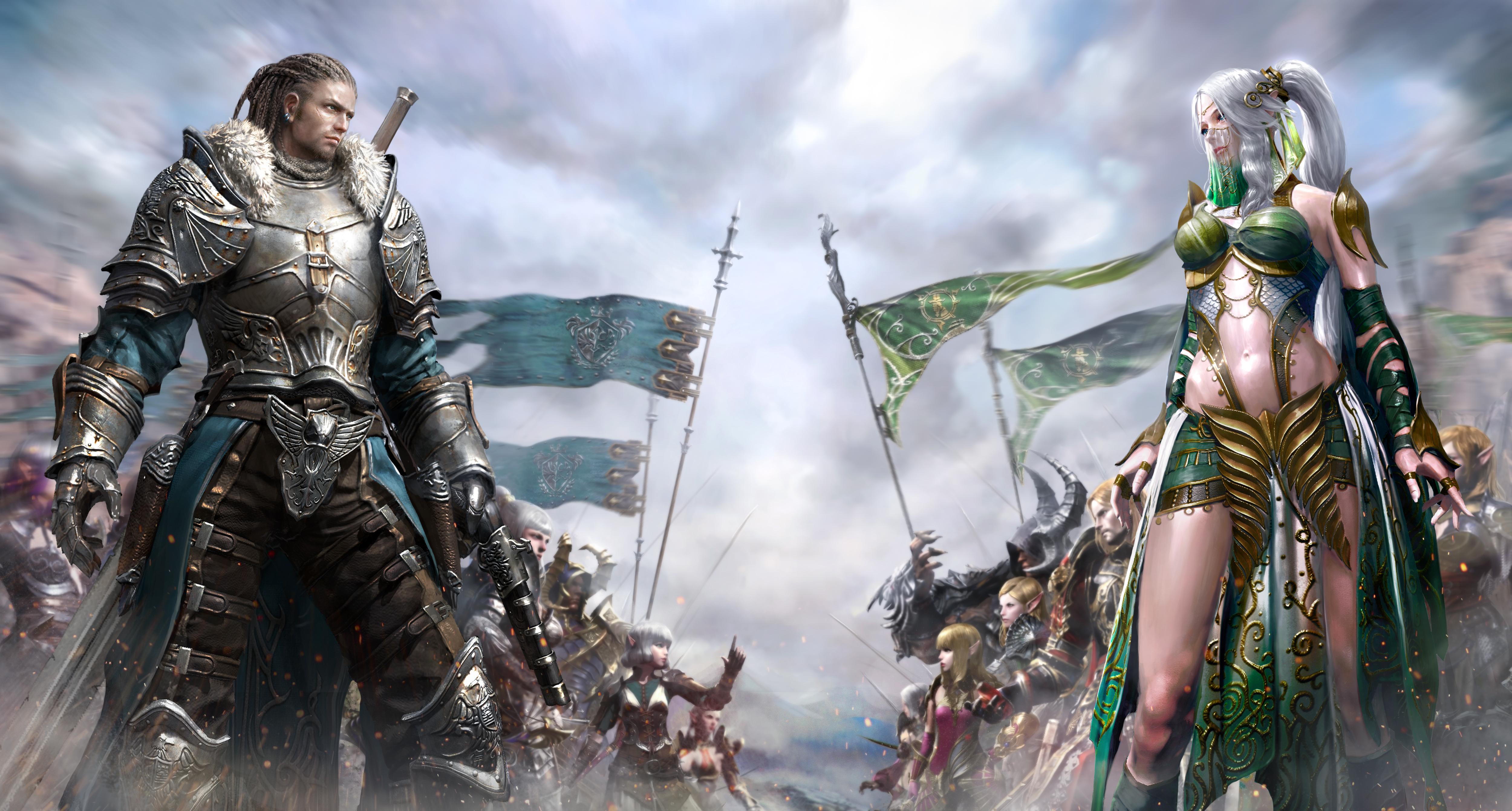 Last year I received a new MMO game that I was going to review. But it wasn’t a normal “cash grabber” of the genre, this time I had the pleasure to experience the highly anticipated Korean game, Kingdom under Fire 2.

Name: Kingdom under Fire 2
Developer: Phantagram, Blueside
Publisher: Gameforge
Released: 18.11.2019
Platforms: PC
Reviewed on: PC
Acquired: A copy of this game was provided by a publisher for review purpose

The story also features the return of The Human Alliance and Dark Legion plus a new faction – the Encablossians – whose aim is to reassert the cycle of light and dark ages by destroying the current Age of Light, which has already run far beyond its natural course. This faction is led by Regnier (from previous Kingdom Under Fire titles) who allied himself with Encablossa during the time he was stranded in the Dark Dimension (as depicted in Kingdom Under Fire: Circle of Doom). Whilst other heroes from previous titles may return, Including Kendal who in the Dark Dimension underwent a mutation, but is able to control himself still. He is now out to stop Regnier from being the only person powerful enough to stop him due to his mutation strength.

Kendal: is an Ecclesian and has strong faith in the tenets of his faith. He uses a hammer and mace and will no doubt use them in Kingdom Under Fire II. Now with a mutation, Kendal is powerful and his strength rivals that of Regnier’s.

Regnier: has mutated and his appearance has changed. He is much bigger and stronger than his former self and his powers match that of his former self, however, they are more devastating now. Regnier can now overpower ogres completely, he uses a massive sword.

Glen: Son of Gerald, Glen is quarter-elf so he lives longer than Humans, it is because of this that Humans have come to hate him because he outlives them. Glen joined the army where he could be at home and his skills appreciated.

It is pretty clear that this title has been in development since 2008, the narrative isn’t always an easy task to keep track of as well as the English dub version of voice acting isn’t exactly top-notch. But putting that stereotypical Asian/English voice acting aside, we’re presented a decent storyline.
7/10

Having in mind that this game has been in development since 2008, it surely holds up the graphical part nicely. Character models look great, environmental graphics and lighting look amazing. If I start to compare it with other titles released or will release later this year, it sure shows that this is an “old” title, but it holds up great. Just look at the new release of World of Warcraft Classic.

The world of Kingdom Under Fire 2 is something I like to call a “typical MMORPG world” when it comes to 3D models and environments. But each area of the world feels distinctly different and unique with various enemy types etc.
8/10

One thing that makes Kingdom Under Fire 2 unique from other MMORPG’s out there, is the implementation of real-time-strategy mechanics. As well as controlling your hero, you also command various types of troops in combat by giving out orders to the units. It shall be said that this RTS mechanic and commanding troops isn’t something you can do all the time, as it is specific battles that must be “entered”.

Gunslinger: Aggressive and reckless, the Gunslinger is always at the very frontline of the battle, and likes to charge directly towards the enemies, breaking their formation. Mixing the styles of both range attacks using his rifle and close-range attacks using his sword, he’s a human swordsman that can adapt to various situations.

Spellsword: The Spellsword is a wise Dark-Elf warrior that can turn the tide of the battle to her advantage using her environmental magic. Unlike sorcerers, the Spellsword likes to fight in the very center of the battlefield and switches her combat style according to the status of the battle with her magic using the blade and wand.

Berserker: The outcome of the battle is hugely affected by the fear he imposes on his opponents with his brutal strength. He can sweep away a horde of enemies with one swing, and this kind of raw power is enough to strike fear to anyone who stands against him. Equipped with the gauntlet that possesses the power of darkness, and humongous bastard sword, he shows what the true conqueror should look like.

Leveling and gaining loot for your character can feel like a big drag, as it’s a bit of grinding to achieve levels and loot. And some of the quests that are being given feels a bit pointless (typical MMO quests). But my overall experience is positive and I enjoyed almost every minute of it, as it felt like a fresh take on the MMORPG genre.
8/10

Even though I enjoyed the combat and the overall gameplay experience, I sadly encountered a few things that might be an issue for others and a few other things that desperately need some more work to perfection.

First of all, the control schematic might feel a bit chaotic at first as there are a lot of different keybinds to remember, especially in the heat of combat. In time you will learn them, but if you take a “small break” and come back to the game, you might have forgotten the keybinds and need to learn them again. Not all keybinds feel natural such as opening inventory and maps, as they don’t use the typical MMORPG keybindings.

The user interface is just a bunch of words and images, it took me a while to figure out the ordering system and where things were located. I did play this on PC but noticed that controllers were supported, so I connected my Xbox One controller and tried to play the game, it took me exactly five minutes until I disconnected it and played with mouse & keyboard again. The controller is sluggish, not all keybindings are possible to add to the controller, the response time is incredibly slow, and the controller kept on disconnecting.
6/10

The replay value lays in the aspect of character grinding, looting and leveling up various characters. Attacking castles and playing multiplayer, but as I reached high enough level to compete against other players, etc, I kinda felt like I was full and hearty of Kingdom Under Fire 2. But that is just my personal opinion, it might be a great game to replay for you.
6/10

Kingdom Under Fire 2 has some sort of an interesting story if you can catch up with it. But the RTS elements make this game unique and a fresh take on the MMORPG genre.

It does show that this game has been in development since 2008, but the overall experience is worth it.

1 thought on “Kingdom under Fire 2 – Review”