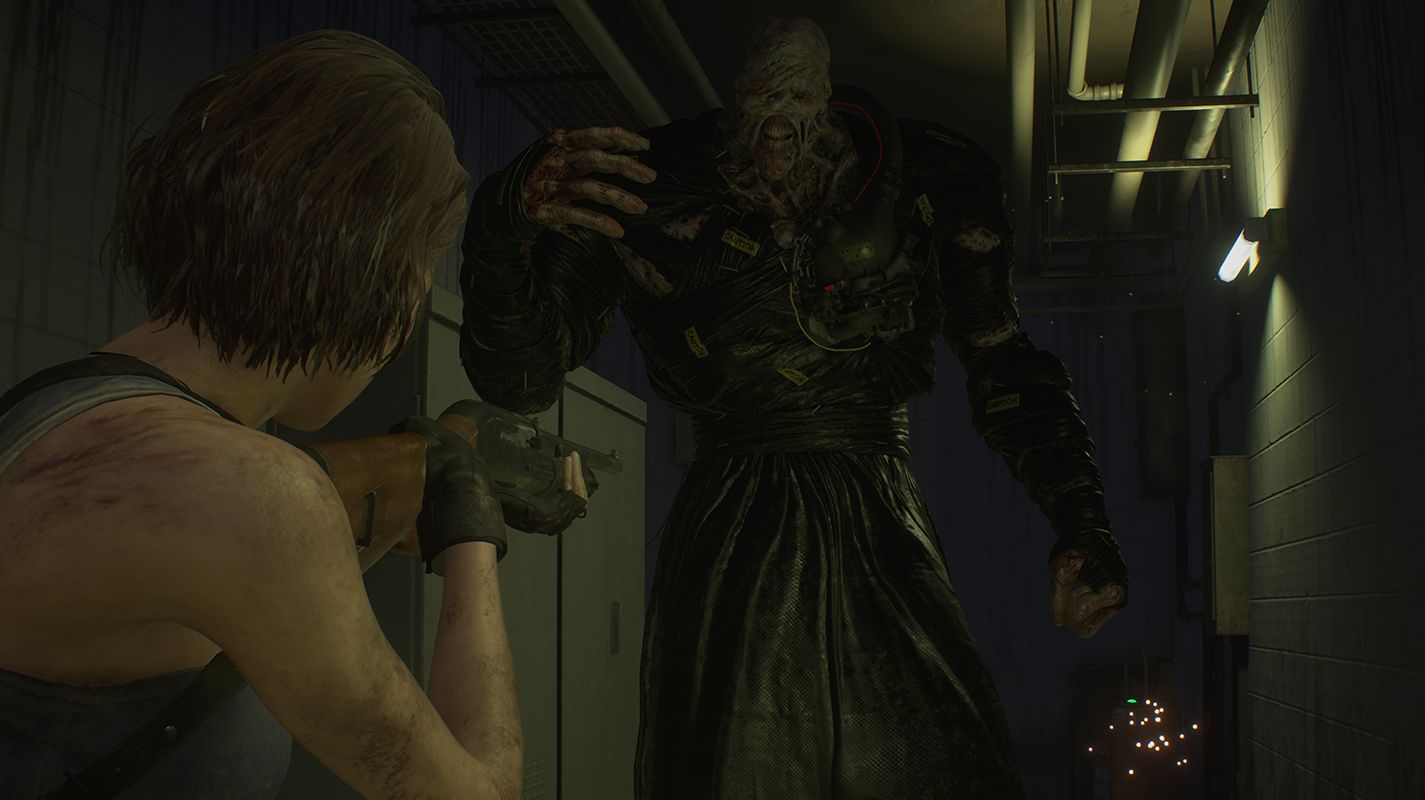 The remake of the beloved horror game Resident Evil 3 is arriving on the 3rd of April. Without any major spoilers, here is a quick list of some of the characters you’ll meet in April.

Having undergone Delta Force training made Jill a natural fit as Rear Security for the Raccoon Police Department’s special forces team, S.T.A.R.S., and her knack for picking locks and handling explosives have proven equally useful making her an especially outstanding team member. However, Jill is one of few surviving members after the team saw numerous losses to the shambling corpses and monstrous creatures they encountered while investigating reports of missing persons in what has become known as the Mansion Incident.

The assignment Umbrella gave was simple. U.B.C.S. was more than equipped for the task, being a collection of veteran mercenaries from around the globe. Carlos himself had fought countless battles as a guerrilla fighter—there’s not a weapon he can’t use, and few vehicles he can’t pilot.

However, upon entering the city the platoon found a situation far more dangerous than the one on which they had been briefed. A mysterious virus was spreading at an unheard of rate, and the platoon was all but wiped out in less than two days.

Mikhail is a member of Umbrella’s private military unit, U.B.C.S., and the platoon leader of its Delta Platoon. He has excellent leadership skills and a long history in commanding roles. He has led U.B.C.S. Delta Platoon into Raccoon City on a mission to rescue civilians, but the chaos encountered there has exceeded all expectations, leading to the decimation of the platoon and personal injuries to Mikhail. Nevertheless, Mikhail is determined to save every civilian who can be reached, and refuses to retreat until this goal has been accomplished to the best of his ability.

Nicholai is a member of Umbrella’s private military unit, U.B.C.S., and the leader of its Delta Platoon, B-Squad. He previously served in Spetsnaz in the Soviet Union, where he acquired spectacular combat skills. Not only that, but he has an incredible survival record, walking away from operations thought to be completely wiped out. Cool-headed and cold-blooded, Nicholai will make any sacrifice necessary to reach his objective—or secure a profit.

Last, but certainly not least, this hulking monstrosity was dropped into Raccoon City amidst the panic of the spreading infection.

A gigantic figure shrouded in black and delivered via a heavily reinforced capsule, this new Umbrella-made bioweapon is based on the formidable Tyrant series, iterating to address its few weaknesses. Two vast improvements in particular stand out: its ability to make decisions for itself, determining how best to achieve its goals; and its regeneration abilities, allowing it to continue stalking the battlefield no matter what harm may come its way.
Nemesis was given one mission: Exterminate all remaining members of S.T.A.R.S. in Raccoon City. Their knowledge about Umbrella is too great a threat, and must be eliminated.

Nemesis has begun stalking its prey and set its sights on its first target: Jill Valentine.