Capcom just announced that there will be two separate opportunities to try Resident Evil 3 before it launches April 3 on PS4, Xbox One, and PC.

This demo will be featuring the beloved heroine Jill Valentine teamed up with Carlos Oliveira and the Umbrella Biohazard Countermeasure Service (U.B.C.S.),together they will try evacuate civilians from a crumbling Raccoon City
and the terrifying Nemesis sure will be trying to get rid of Jill…The demo will be playable this Thursday, March 19, at 04:00 GMT on Xbox One, and 17:00 GMT on PS4/Steam.

This demo will also feature an exclusive cinematic trailer, as well as an interesting side challenge:  Mr. Charlie scavenger hunt within the Raccoon City, there is no word on what will be your reward if you get them all. But there will be an on-screen counter so you can keep track of acquired statues, and a final count will be displayed upon the demo’s completion.

And the fun does not stop there, on March 27, fans can also get a sneak peek at Resident Evil Resistance. The asymmetrical 4 vs 1 multiplayer experience that is included with Resident Evil 3.
In this open beta starting March 27, 07:00 GMT EST for Xbox one and PS4, and 17:00 for Steam. Players will have the option to take the role as Daniel Fabron, one of the game`s four Masterminds. Running crazy experiments with bioweapons
and different traps on a group of civilians.

The open beta will end when the game launches on April 3. 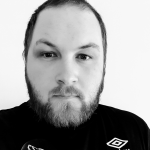